Predictions: Who will be Team Canada’s flag bearer at PyeongChang 2018?

It’s almost time to find out who will lead Team Canada into PyeongChang 2018 as Opening Ceremony flag bearer.

In the past, the role has often been filled by athletes with great reputations who stood out for both their athletic performances and leadership. And with so many talented individuals on Team Canada, there’s no shortage of athletes to choose from.

Although no clues have been revealed about who will carry the maple leaf at the next Olympic Opening Ceremony, here are a few athletes who could easily be selected as Team Canada’s flag bearer. 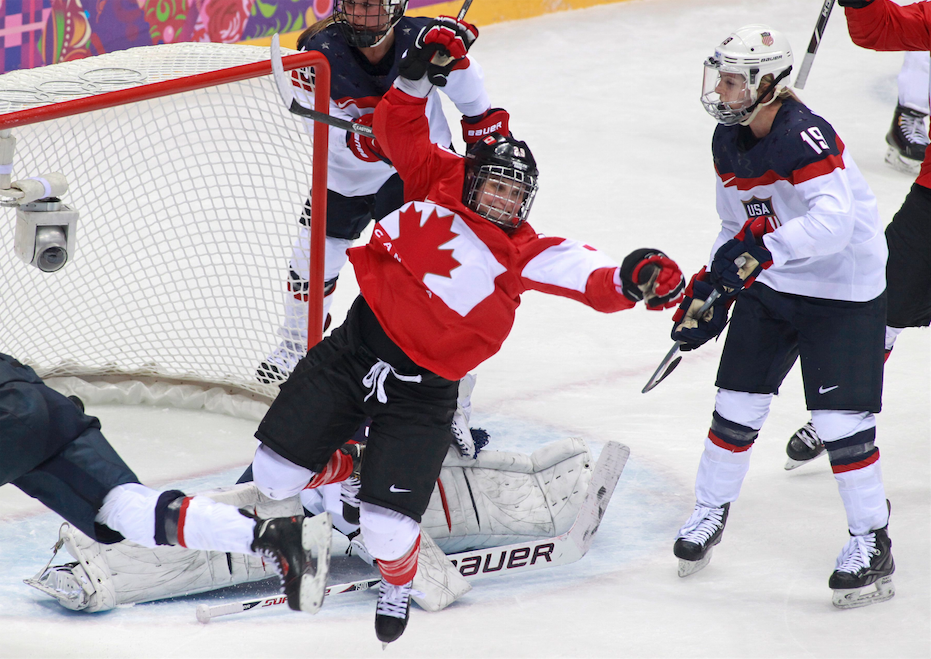 At Sochi 2014, Marie-Philip Poulin was Canada’s top scorer with three goals and two assists. Two of her goals were scored in the final against the United States – one which tied the gold medal game with just 55 seconds of regulation time remaining and the second which was the game winner in overtime. In short, Poulin was a key player in one of the most thrilling moments of the Games.

It’s also worth mentioning that four years earlier, 18-year-old Poulin was the youngest member of Canada’s Vancouver 2010 goal medal team and scored five times, including the only two goals in the gold medal game. In addition to being a two-time Olympic champion, she’s won four silver and one gold medal at the world championships. 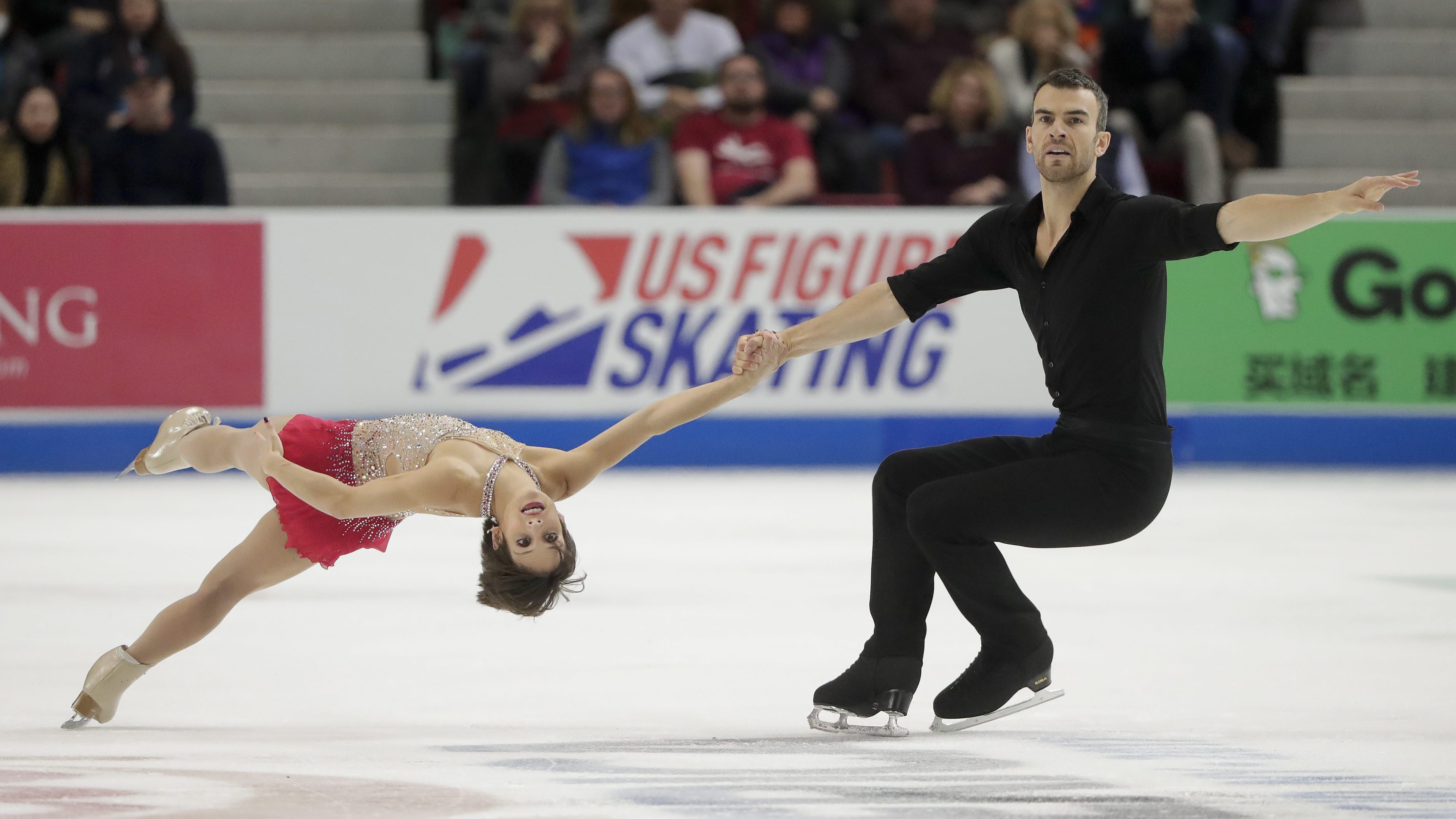 Pairs figure skating couple Meagan Duhamel and Eric Radford  have had a lot of international success since coming together in 2010. They helped Canada win silver in the team event at Sochi 2014 before becoming back-to-back world champions, winning gold in 2015 and 2016.

Fans around the world love their performances, which are always very impressive due to the great technical skills they acquired during their individual skating careers. Whether they’re the flag bearers or not, we can’t wait to see what they have in store for PyeongChang 2018. 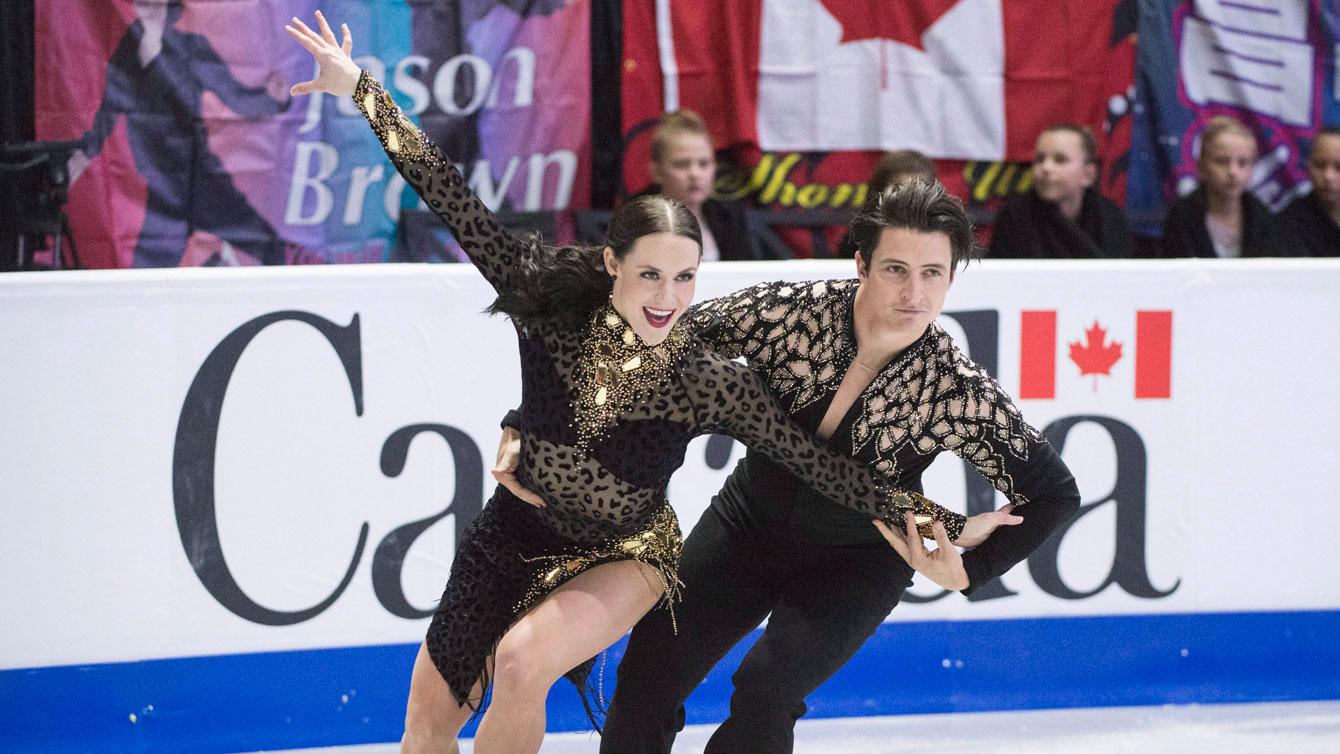 Tessa Virtue and Scott Moir have been an ice dance duo since they were seven and nine years old. After becoming the first North American ice dancers to be crowned Olympic champions at Vancouver 2010, they picked up two silver medals at Sochi 2014. It’s obvious that after their successful return to competition last season, they had to be included in this list.

The reigning world champions have consistently been top performers since their return to ice and are no doubt ones to watch at PyeongChang 2018. 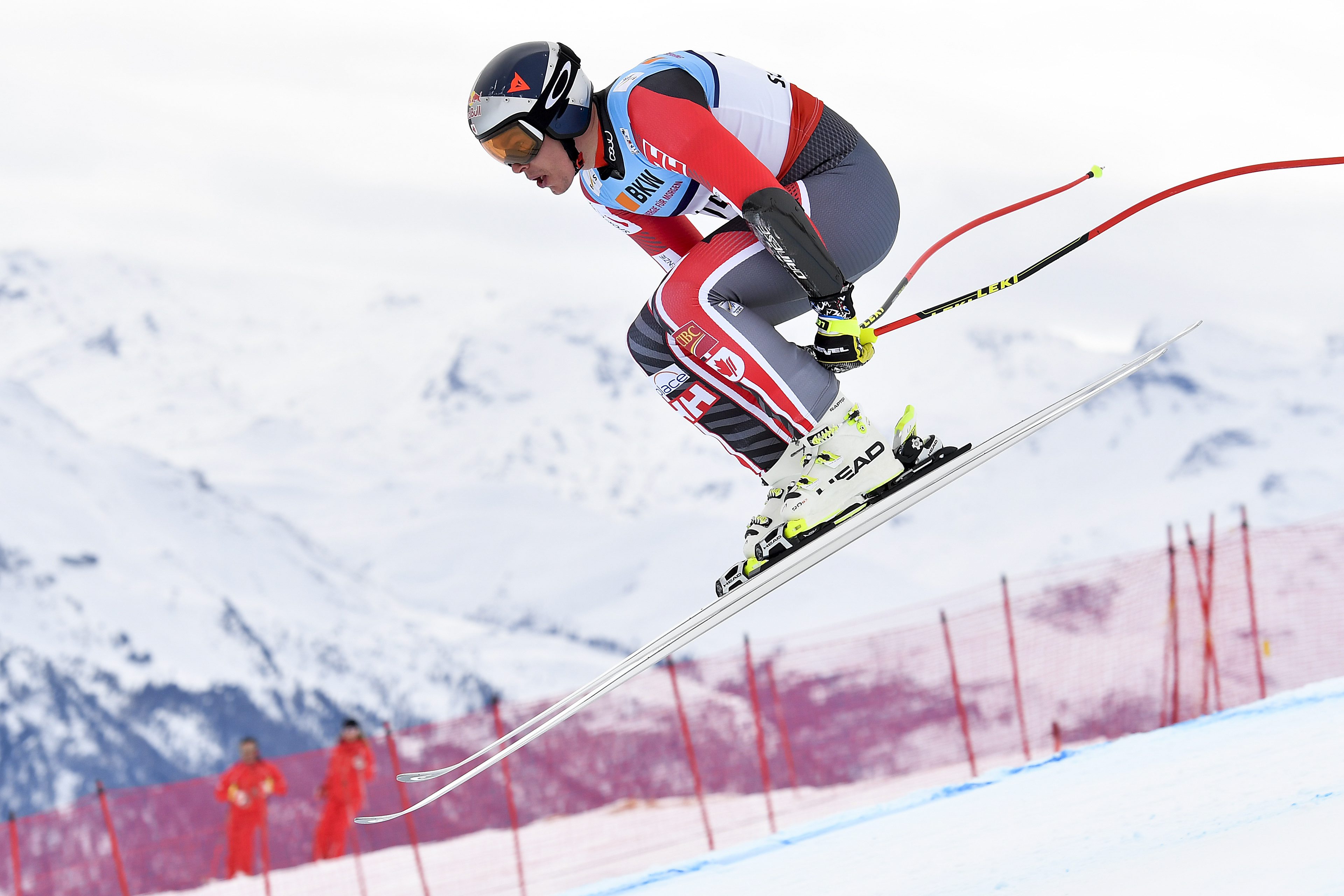 Erik Guay speeds down the course during the men’s Super-G at the 2017 Alpine Skiing World Championships in St. Moritz on Feb. 8, 2017. (Gian Ehrenzeller/Keystone via AP)

In addition to his 2017 season highlights, he’s also collected 25 World Cup medals, a 2011 world title in the downhill, and a Crystal Globe over the course of his career. In PyeongChang, Guay will look to complete his collection with the only piece of hardware he is missing, an Olympic medal. 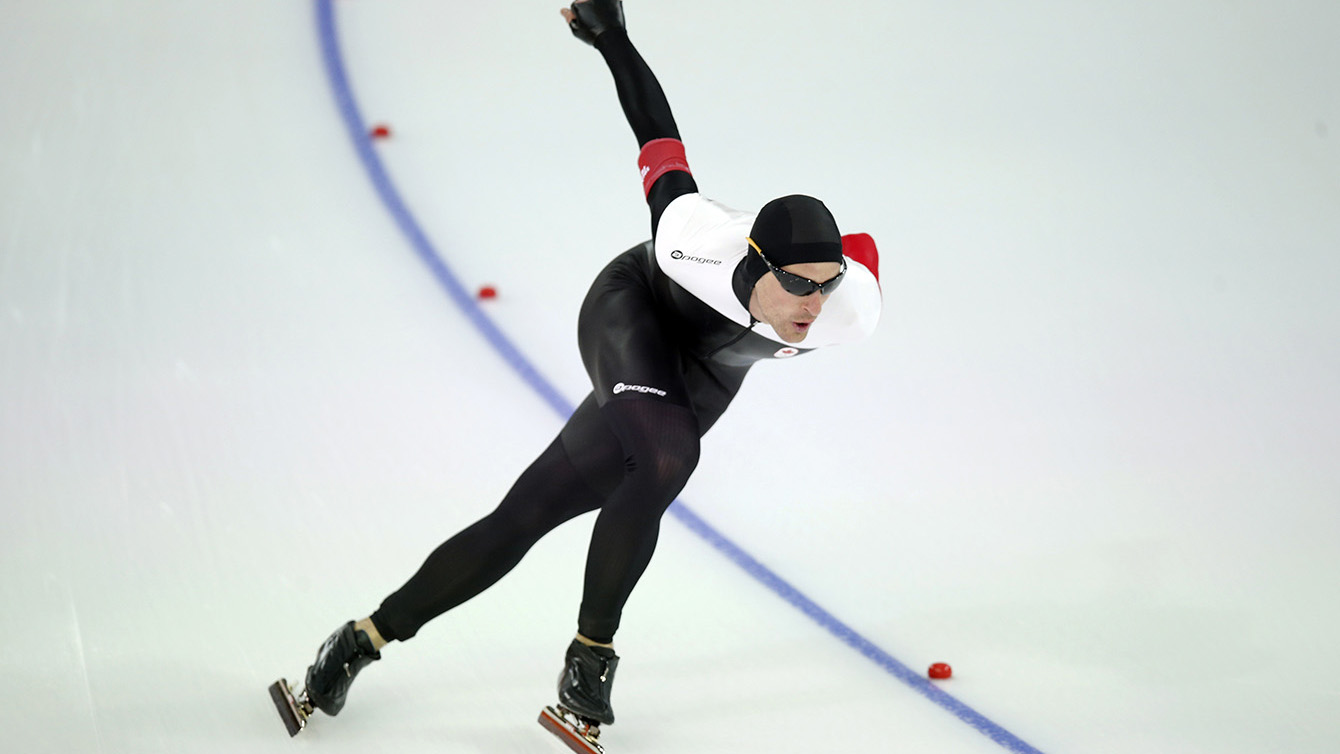 Since Turin 2006, Denny Morrison has won four Olympic medals, including one gold, making him one of Canada’s most decorated long track speed skaters.

A motorcycle accident resulting in several injuries forced him to miss the entire 2015-16 season. Afterwards, Denny suffered a stroke while cycling in Utah, but was able to return to competition in the fall of 2016 and race to a World Cup silver. In December 2017, Morrison won relay gold at the Salt Lake City World Cup, where he also placed 5th in the 1,500m.

After being named to Team Canada’s roster for PyeongChang 2018, Morrison will look to add to his Olympic medal collection. 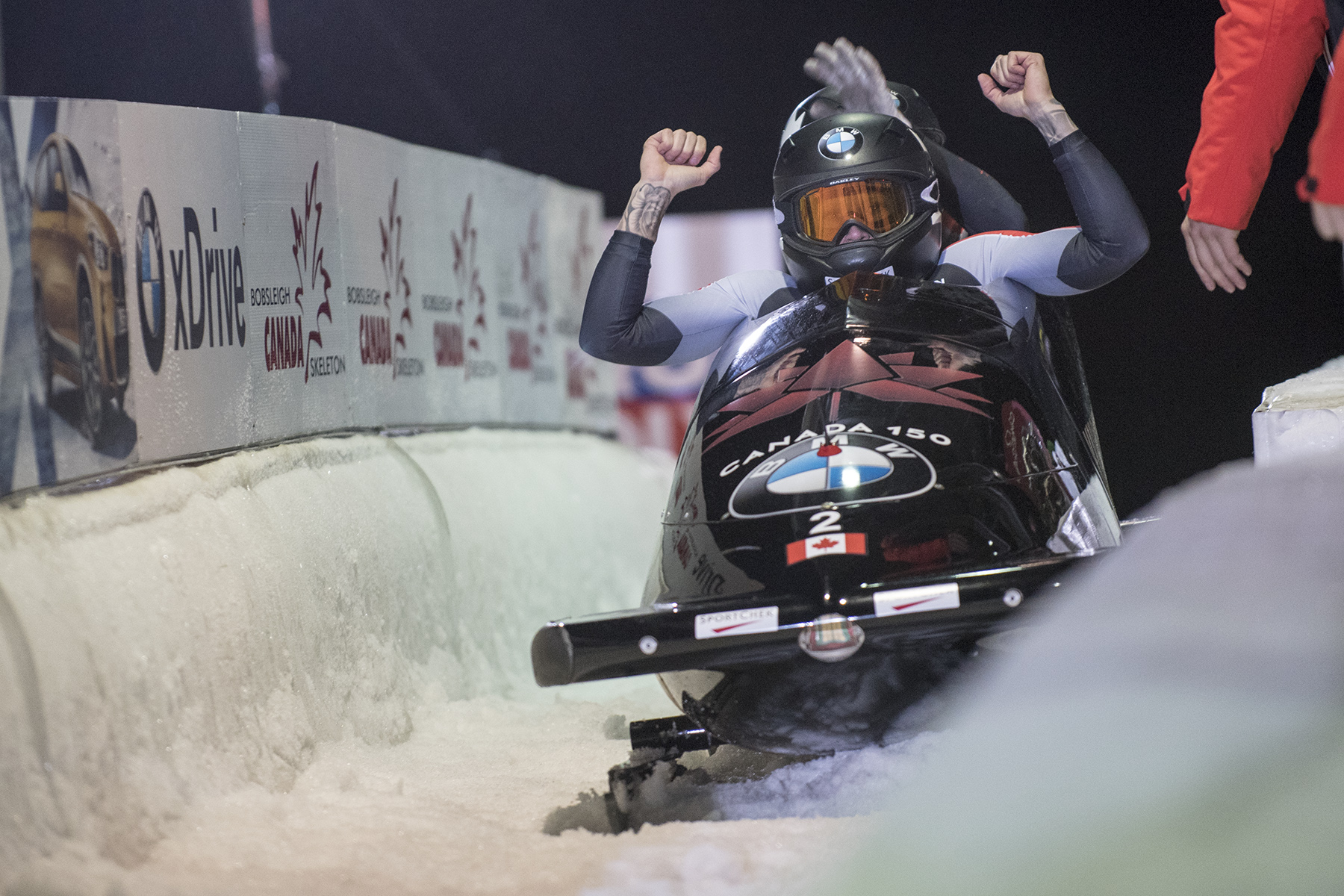 Kaillie Humphries has a track record for making history. She became the first Canadian woman to win Olympic bobsleigh gold alongside her brakeman Heather Moyse at Vancouver 2010, and wrote another chapter in the history books at Sochi 2014. After overcoming a 0.11 second deficit in the final run, Humphries and Moyse became the first women to ever repeat as Olympic bobsleigh champions.

Humphries – an athlete known for repeats – raced to world championships silver medals in 2016 and 2017. During the 2015-16 season, Humphries made more history yet again as the first female pilot of a four-man sled at an IBSF World Championships. Following that season, she claimed her third career overall World Cup title. There’s no doubt Humphries has what it takes to lead Team Canada into Pyeongchang 2018. 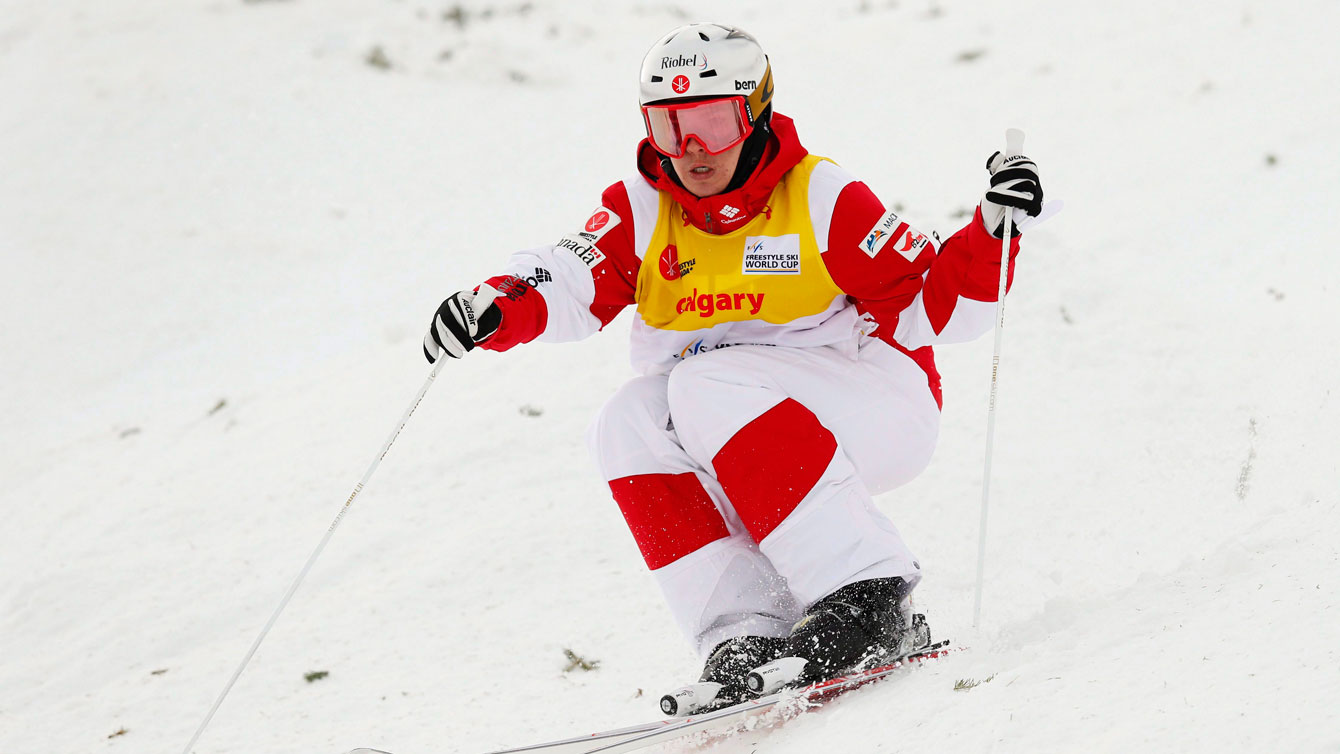 Mikael Kingsbury is known as the king of moguls. He is the most successful moguls skier in World Cup history with 48 victories and 69 podiums. To put that into perspective, there have only been 17 World Cup competitions in his entire career where he didn’t land on the podium.

For the past six years, Kingsbury has brought home the coveted Crystal Globe, awarded to the overall World Cup champion. Since he is the “GOAT” (Greatest of All Time) of moguls, no one would be surprised to see him carrying the flag into PyeongChang.