Olympic hockey bronze a career highlight for many on Team Canada

For most athletes, the Olympic Games is the pinnacle of their sport.

That’s perhaps not always been the case with men’s hockey. While many may consider the Olympics the sport’s highest point, winning a championship – like a Stanley Cup – with a club team is of equal or more importance for most. But for this year’s Team Canada, the Olympics offered a chance for a group of players to reach a pinnacle, one they thought may never happen.

While Canada did not come away with gold at PyeongChang 2018, the team is proud of the bronze medals they are bringing home. 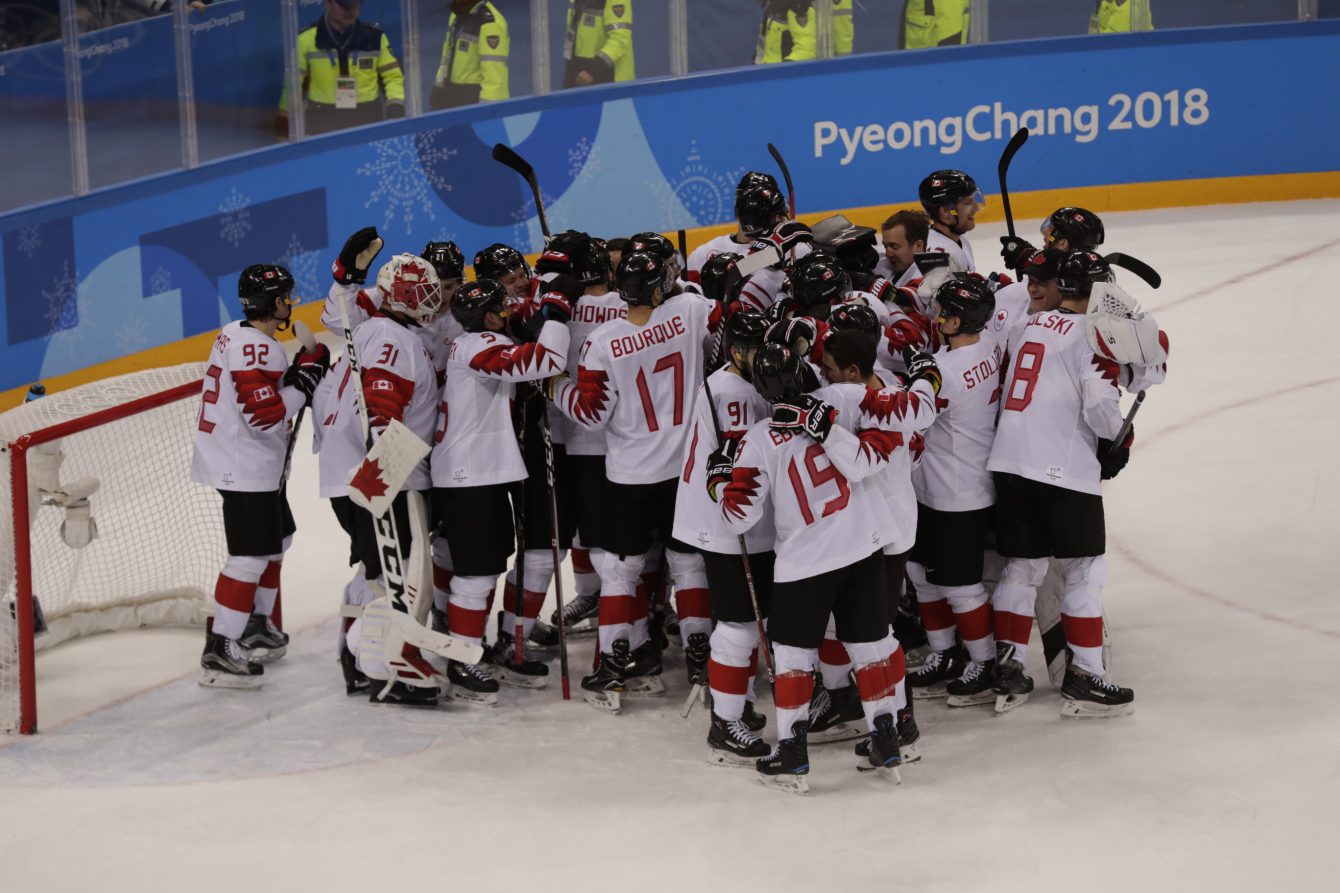 Team Canada after winning their bronze medal game against the Czech Republic at PyeongChang 2018 on February 24, 2018. Photo by Jason Ransom/COC

“We left our mark,” said Mason Raymond, who came within a win of a Stanley Cup championship. “We are Olympic bronze medallists and we are super proud of that. This for me is the pinnacle of my career.”

Canada clinched bronze on Saturday with a 6-4 win over the Czech Republic. The Canadians suffered a heartbreaking 4-3 loss to Germany on Friday, which eliminated them from gold medal contention.

“Last night is old news,” said Raymond. “We turned the page on that before this game and that was a big part of our success.

“It feels great. Obviously 24 hours ago we were not standing here feeling that great about ourselves. I am very proud of the guys and the way they responded.”

RELATED: Canada to play for bronze in men’s hockey at PyeongChang 2018 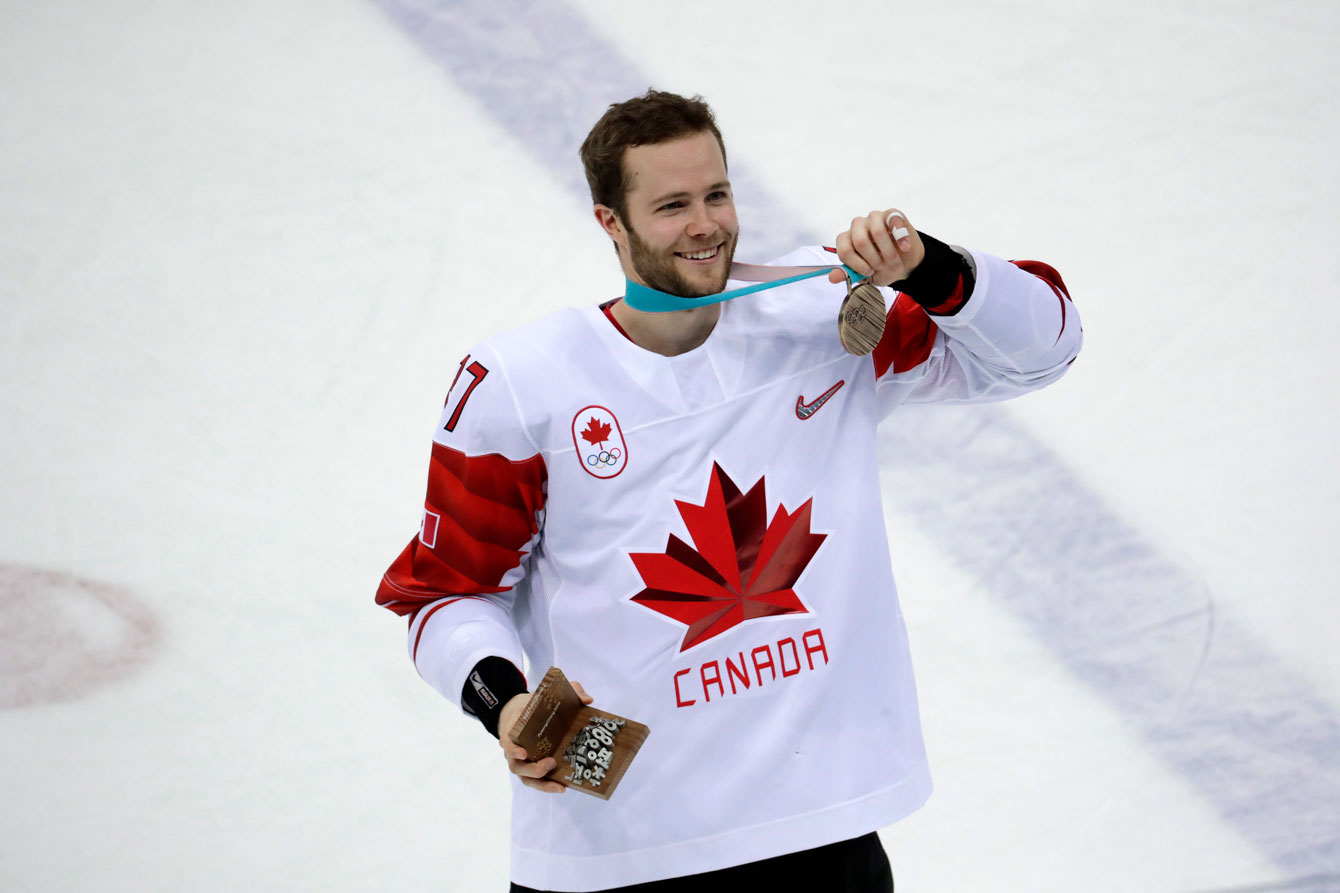 Cody Goloubef (27), of Canada, shows off his medal as he celebrate after beating the Czech Republic in the men’s bronze medal hockey game at the 2018 Winter Olympics in Gangneung, South Korea, Saturday, Feb. 24, 2018. (AP Photo/Julio Cortez)

Canada was the reigning two-time gold medallists heading into PyeongChang – but those teams were loaded with National Hockey League all-stars, captains and future hall of famers. When the NHL decided not to participate in these Games, it meant Team Canada would have a significantly different look.

For most on this version of Team Canada, the thought of playing at the Olympic Games had passed them by. For one reason or another – injuries, age, skill level, etc. – their professional playing careers hadn’t gone quite as hoped. But PyeongChang 2018 offered this group a chance to play on one of the world’s biggest stages.

Canada began the tournament with a 5-1 win over Switzerland, a country that often gives Canadian squads difficulty in international hockey. The team followed that up with a tough 3-2 shootout loss to the Czech Republic but rebounded with a 4-0 win over the host South Koreans. Canada defeated Finland 1-0 in an intense quarterfinal before falling to the Germans in the semis. 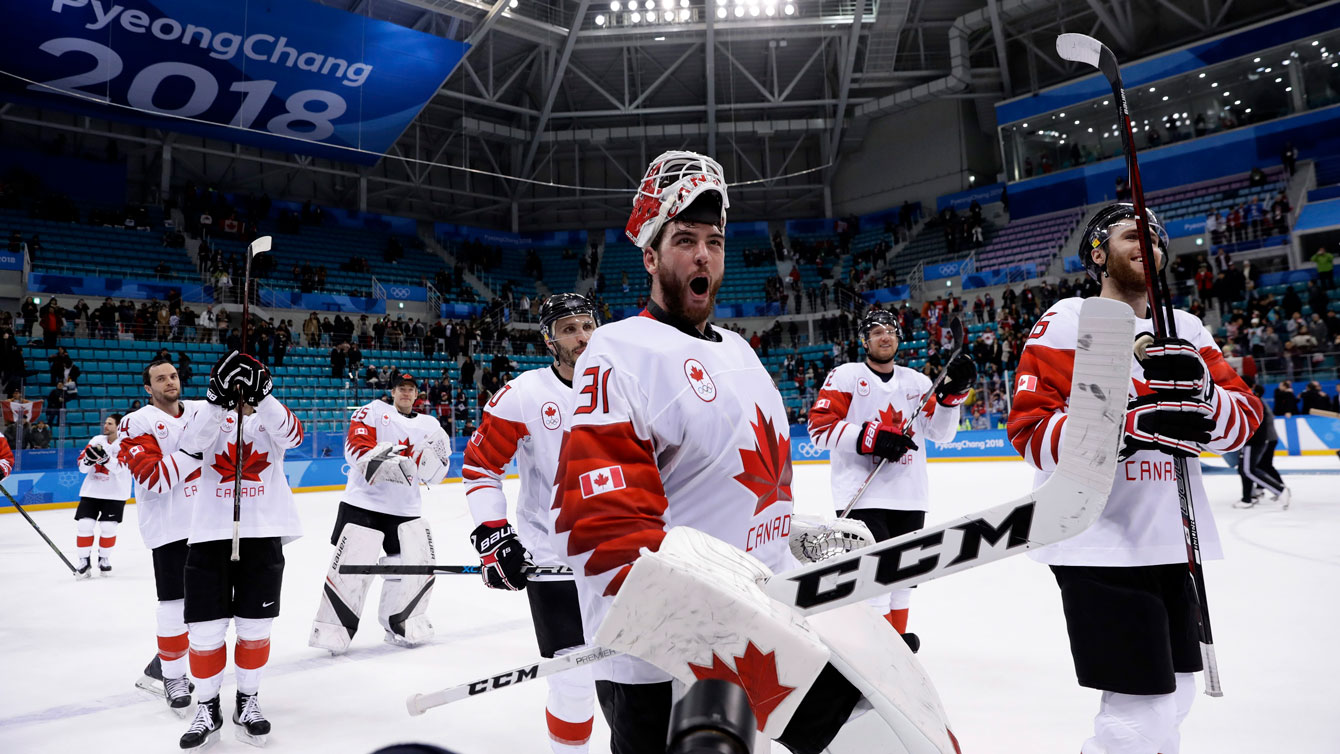 While Canada would have preferred to be playing in Sunday’s gold medal match, Saturday’s performance showed this team’s character, said captain Chris Kelly.

“It speaks volumes about the group,” said Kelly, the only member of Team Canada with a Stanley Cup championship. “[It was an] upsetting loss last night and to be able to kind of park it and refocus and be able to come out and have the start we had tonight was big for us.”

Saturday’s bronze medal match was a back-and-forth affair. While Canada never trailed, the Czechs never went away, even when down by a few goals in the third period. But the Canadians secured the victory and the bronze, which is something the team can be proud of, said Kelly.

RELATED:  Canada advances to quarterfinals with win over South Korea 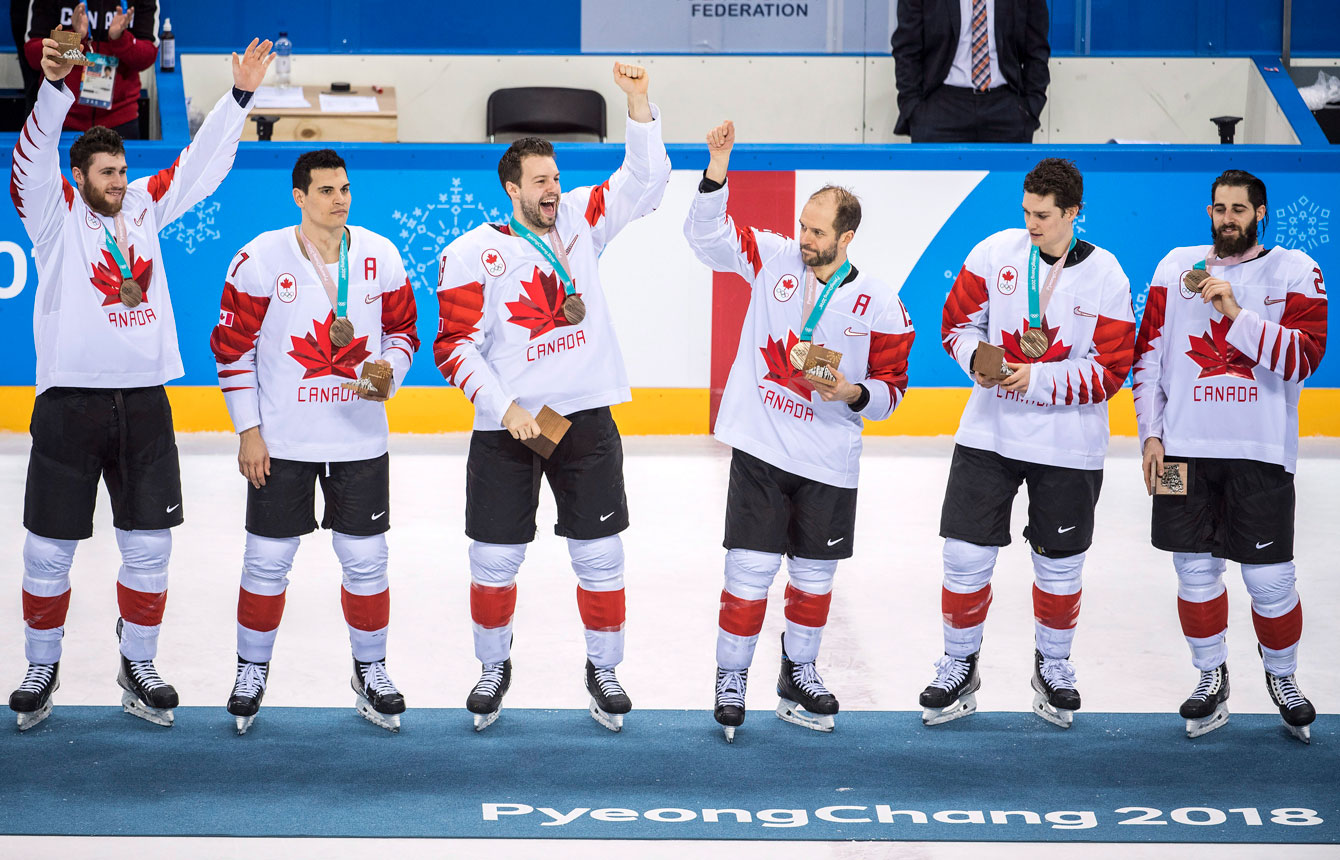 “We came here to try to win gold, but hockey is a funny game sometimes and Germany played extremely well last night,” he said.

“Hockey is funny sometimes. Sometimes they go in and sometimes they don’t. Tonight we generated some chances and we capitalized on our opportunities.”

This year’s Team Canada may not have been made up of household names, but the team will always be remembered in Canadian hockey history – remembered as Olympic medallists.