Team Canada’s men’s ice hockey team will play for a medal at PyeongChang 2018.

A 1-0 quarterfinal win over Finland on Wednesday at the Gangneung Hockey Centre has earned Canada a spot in Friday’s semifinals, meaning the team will move on to play in either the gold or bronze medal game. Canada has won gold in three of the past four Olympic ice hockey tournaments. 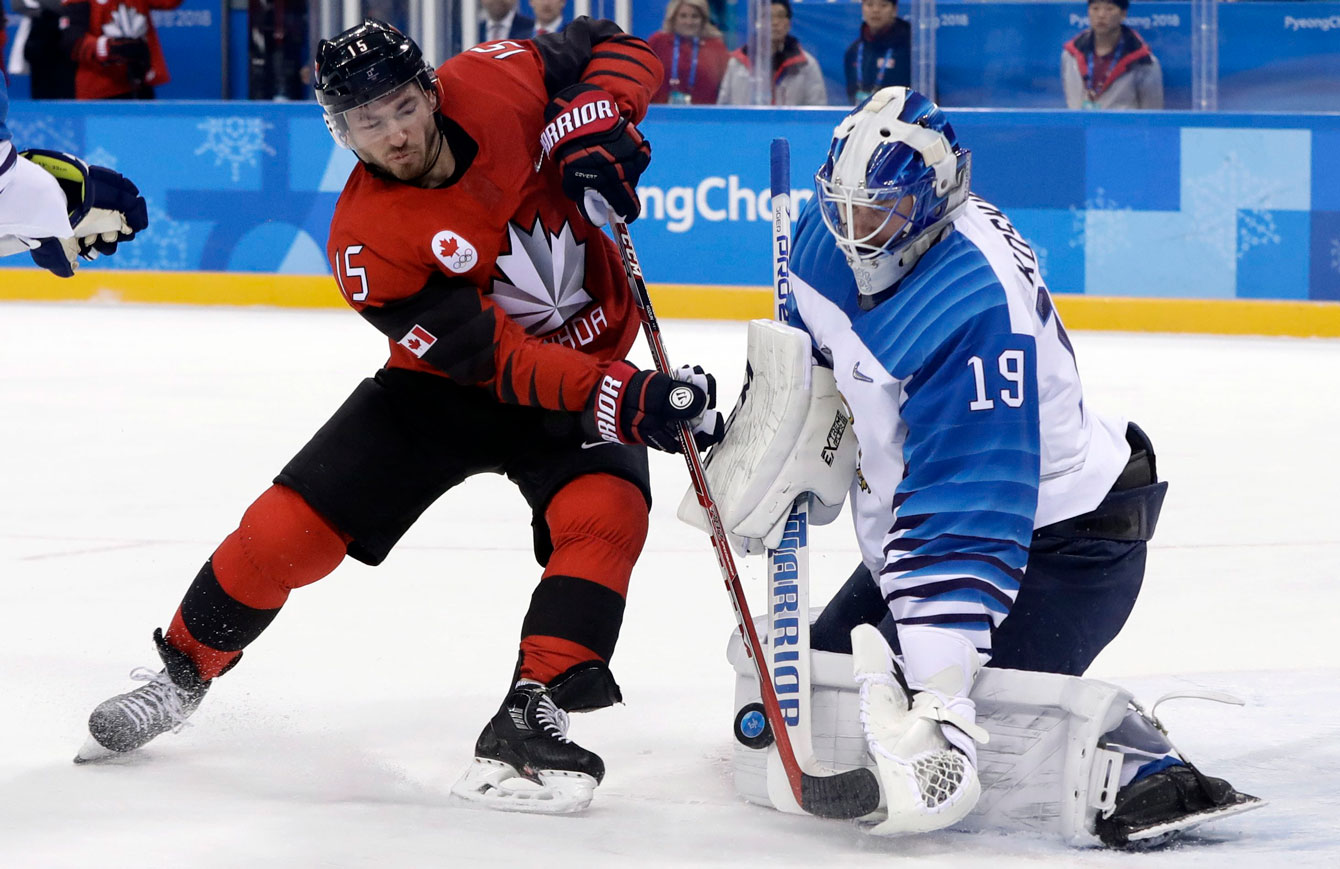 Goalie Mikko Koskinen (19), of Finland, deflects a shot by Brandon Kozun (15), of Canada, during the second period of the quarterfinal round of the men’s hockey game at the 2018 Winter Olympics in Gangneung, South Korea, Wednesday, Feb. 21, 2018. (AP Photo/Matt Slocum)

Canada will play Germany in the semifinals, a team they have yet to face at these Games. The other semifinal will feature the Olympic Athletes from Russia (OAR) taking on the Czech Republic.

In a tense game on Wednesday, Maxim Noreau broke a scoreless tie with an early third period goal – a goal that proved to be the game winner. Ben Scrivens and Kevin Poulin combined to make 21 saves in Canada’s third win of the tournament.

After a scoreless opening frame, Canada began the second period with some strong offensive zone pressure. Andrew Ebbett nearly scored the game’s first goal, winding up for a big shot that was padded away by Finnish netminder Mikko Koskinen. 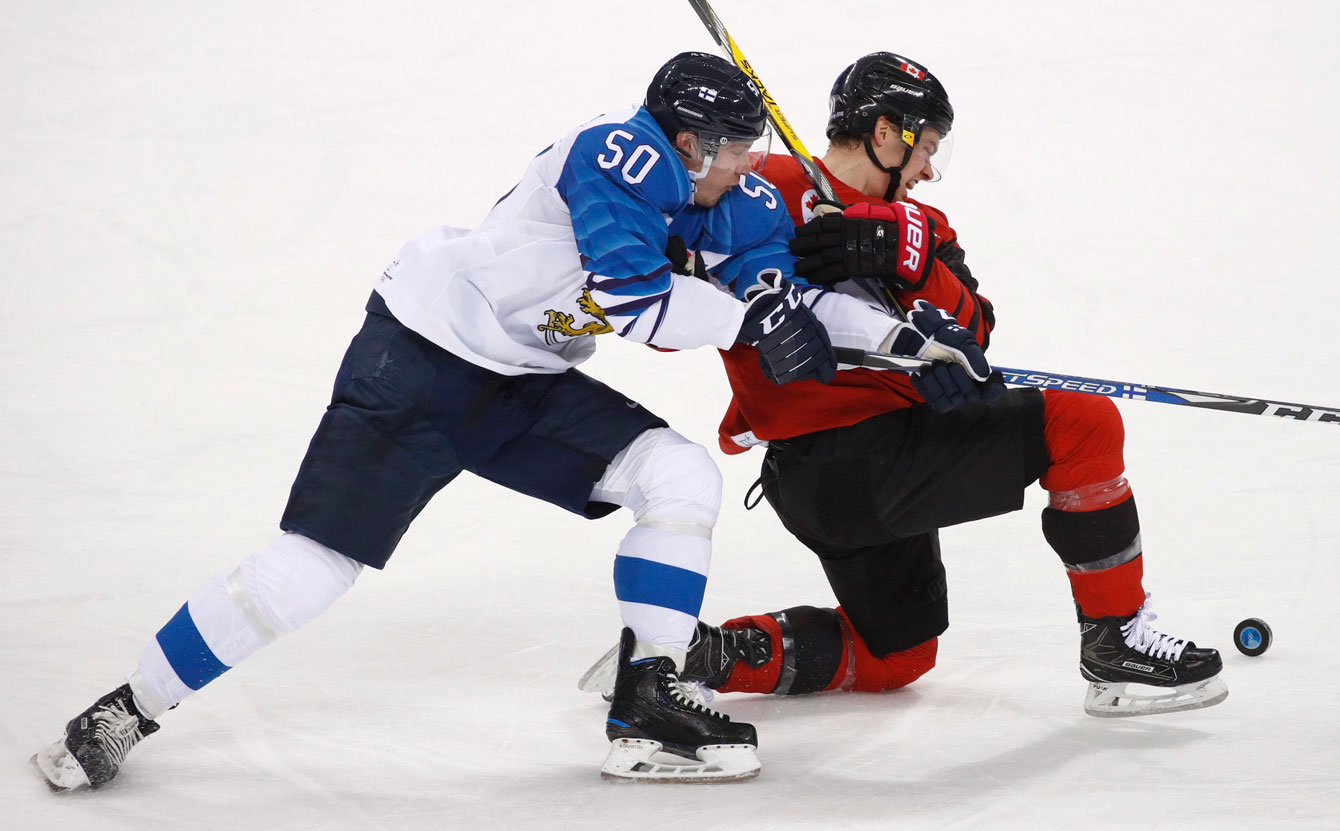 Miika Koivisto (50), of Finland, and Mason Raymond (21), of Canada, battle for the puck during the second period of the quarterfinal round of the men’s hockey game at the 2018 Winter Olympics in Gangneung, South Korea, Wednesday, Feb. 21, 2018. (AP Photo/Jae C. Hong)

At the other end of the ice 4:17 into the period, Scrivens left the game with an injury after a collision in the crease. Poulin took over Canadian goaltending duties – and he was tested early. During a Finnish power play, the puck came across the ice to Petri Kontiola who fired a shot low and into Poulin’s equipment.

Canada opened the scoring early in the third period following an offensive zone faceoff win by Eric O’Dell. The puck made its way back to Noreau who blasted a slap shot past Koskinen, giving Canada a 1-0 lead just 55 seconds into the third.

Finland pulled Koskinen with 90 seconds remaining. The Finns applied some strong offensive zone pressure, but could not net the equalizer.

Wednesday’s other quarterfinals saw the Czech Republic beat the United States 3-2 in a shootout; OAR defeat Norway 6-1; and Germany upset Sweden 4-3 in overtime.