Team Canada advances to quarterfinals with win over South Korea

Team Canada has earned a berth in the PyeongChang 2018 men’s ice hockey quarterfinals with a 4-0 win over South Korea on Sunday.

Christian Thomas, Eric O’Dell, Maxim Lapierre and Gilbert Brule scored in Canada’s final game of the preliminary round at the Gangneung Hockey Centre. Goaltender Kevin Poulin made 19 saves in the shutout victory. 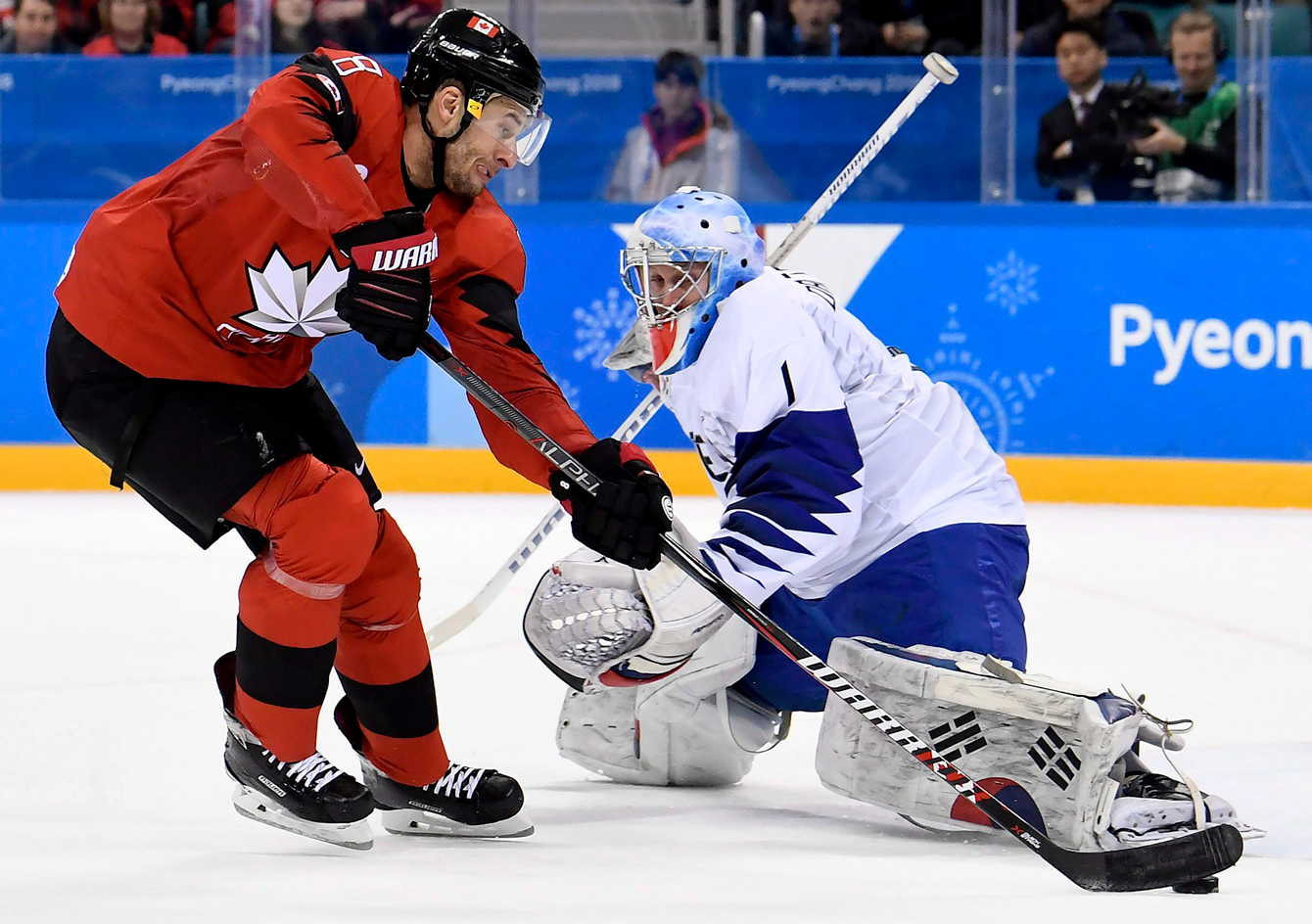 The win gives Canada a 2-0-1 record in preliminary round action, placing them second in their group behind the Czech Republic. Sunday’s victory earned the squad a bye into the quarterfinals, avoiding the qualification round.

Team Canada led just 1-0 after one period, despite outshooting South Korea 18-5. Thomas opened the scoring when he wired a hard wrist shot past the glove of South Korean netminder Matt Dalton. With two minutes remaining in the first, Wojtek Wolski had one of Canada’s best scoring chances of the period, entering the zone on a shorthanded breakaway but could not connect.

South Korea was awarded a four-minute power play 1:12 into the second period when Mason Raymond was called for a high stick. Although the host country was unable to score, they applied some steady offensive zone pressure and forced Poulin to make a couple good stops. 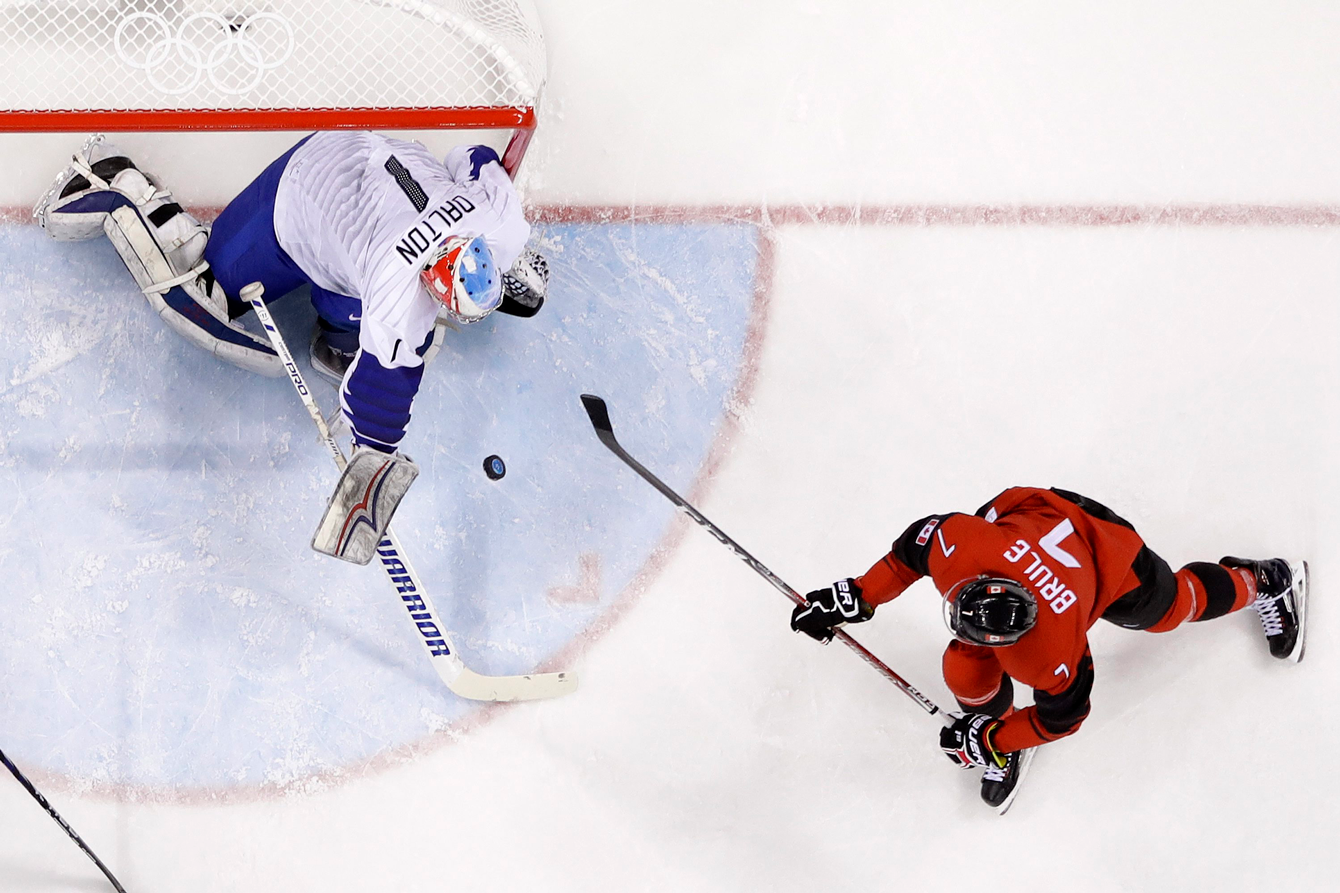 Goalie Matt Dalton (1), of South Korea, deflects a shot by Gilbert Brule (7), of Canada, during the first period of the preliminary round of the men’s hockey game at the 2018 Winter Olympics in Gangneung, South Korea, Sunday, Feb. 18, 2018. (AP Photo/Julio Cortez)

Canada took a 2-0 lead at 14:22. A point shot went off the back boards and bounced in front where O’Dell had a wide open net, doubling Canada’s lead.

Lapierre gave Canada a 3-0 lead 3:43 into the third period. The forward sped down the wing and cut in front, sliding a wrist shot under Dalton to extend Team Canada’s lead.

Canada was awarded a power play late in the third. At 18:02, Brule redirected a Chris Lee point shot on net but the puck was stopped by some bodies in front. Brule collected his own rebound and fired the puck off the post and in, making it a 4-0 final.