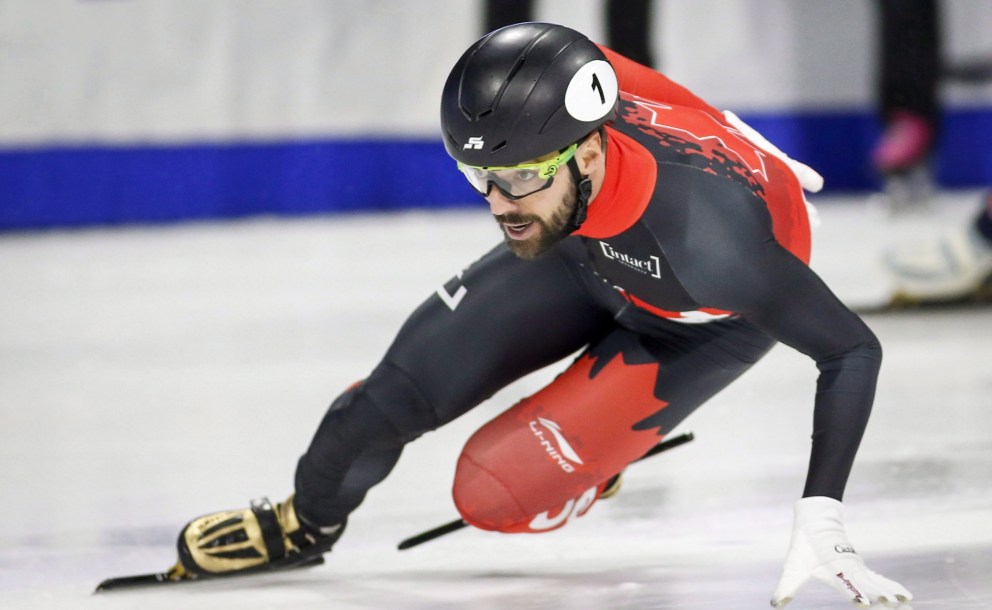 From Clara Hughes to Charles Hamelin to Cindy Klassen to Kim Boutin, we’ve come to expect podium finishes from our Canadian speed skaters.

In fact, if you count short and long track speed skating together, it is Canada’s most successful Olympic sport with 70 medals in total.

But it is also a fact that they are really two completely different sports. And believe it or not, the differences between the two are more extreme than you may think.

How big are speed skating ovals?

As you might have guessed, short track speed skating involves smaller ovals, measuring just over 111 metres in length, while long track ovals are 400 metres.

The smaller short track oval means that turns make up most of the race which, as we’ll see, significantly changes the requirements of both the skaters and their equipment.

What are the events in speed skating?

Short track races are contested pack-style, typically with four to six competitors per heat, depending on the distance. However, there are cases where you might see seven or eight skaters when extras are advanced if they were impeded by other skaters in the previous round. 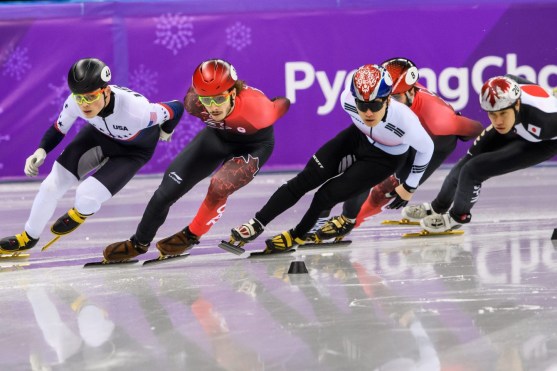 Olympic long track events also include individual races in 500m, 1000m, and 1500m for both genders as well as team pursuits. Additionally, men compete in 5000m and 10,000m while women race 3000m and 5000m. In these races, only two competitors are on the ice at a time, each skating in their own lane against the clock. But long track has its own pack-style event, the mass start, in which the entire field is on the ice at one time. This race, which made its Olympic debut at PyeongChang 2018, is arguably the most chaotic of all speed skating events as up to 24 competitors take the ice at once.

What equipment is used in speed skating?

Perhaps one of the most important (yet underappreciated) factors that differentiates short track and long track is in the equipment.

Short track boots are much stiffer and feature a higher cut to help competitors deal with extreme cornering forces. Believe it or not, these skaters experience a G-force of just under three Gs when turning – about the same force of a space shuttle at lift off. Long track boots, on the other hand, are low cut and flexible enough that they can be bent in your hands.

Another significant difference is in the design of the blades. Long track skaters wear “clap skates” which include a hinging mechanism. The blades are attached at the front of the skate but they detach from the heel. This lets the blade remain in contact with the ice longer while the ankle is free to extend at the end of each stride. Ultimately, this produces a longer, more efficient stride which is crucial for long track skaters on straightaways. 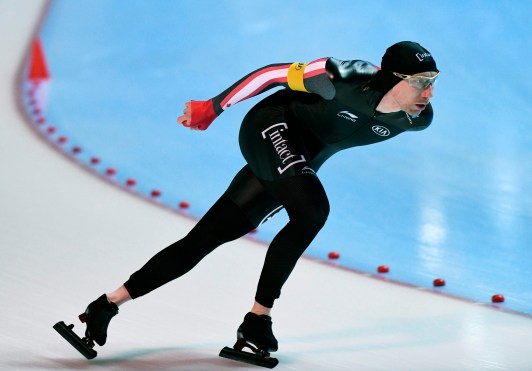 Other than the technology of the blade, we also see a difference in length. Short track blades are 12 to 18 inches while long track blades are usually 16 to 22 inches. The longer blade allows for more straightaway speed, while the smaller blade assists with control on turns.

Finally, we see a difference in head gear between short and long track skaters. Helmets are mandatory in all short track events given the unpredictable and dangerous nature of pack-style races, while they are also worn in the new long track mass start event. Traditional long track events, though, do not require helmets. Instead, competitors wear aerodynamic full-body suits that cover their heads.

What technique is used in speed skating?

When a skater chooses to specialize in one of these sports, their technique must also reflect that. 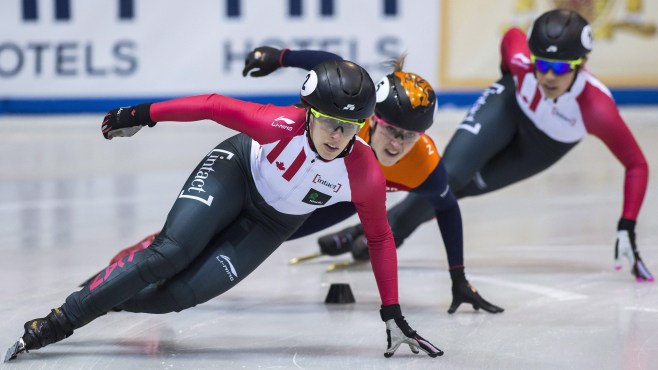 Long track skaters are stronger straightaway speedsters, reaching up to 65 kilometres per hour, but they lack the cornering efficiency of their short track counterparts. Once again, this is largely due to the wider turns of the track, as well as their long blades which assist with straight-line speed but hinder cornering ability. Also keep an eye on the body position of the long track skaters: For aerodynamics, especially in long distance events, skaters will try to keep one arm tucked behind their back while staying bent over at the waist.

What strategy is used in speed skating?

Frankly, other than energy conservation tactics, strategy doesn’t really apply to most long track events as these skaters generally just want to go as fast as possible.  The mass starts are the exception here, because just like in short track, that’s where strategy can make or break you.

Because of the pack-style races, strategy in passing your opponents takes serious planning and skill. Timing and energy exertion are factors that must be weighed in making a well-timed pass. The pack can also lead to much more drama and unpredictability, given that there are more competitors, so things like collisions or falls are not uncommon. 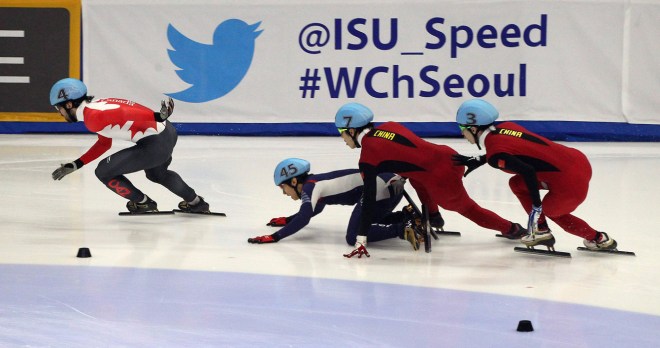 Energy conservation is also a much bigger deal in short track with the various heats and rounds for each event. These skaters often compete in six or seven races over a weekend, compared to their long track counterparts who might race once or twice, depending on their chosen events. Being able to save energy and still finish well is a significant part of the calculation.

While short track and long track speed skating certainly look similar on the surface, you probably now understand why they’re considered different sports. In fact, they’re so technically divergent that it wasn’t until 2010 that Latvian Haralds Silovs became the first skater to compete in both sports at the Olympic Games, when he raced in the 1500m short track and 5000m long track events on the same day.

With all this knowledge now in your back pocket, you’ll be able to appreciate Canada’s great speed skaters even more. And hey, if you ever want to impress (or confuse) your friends, just mention clap skates or G-forces.