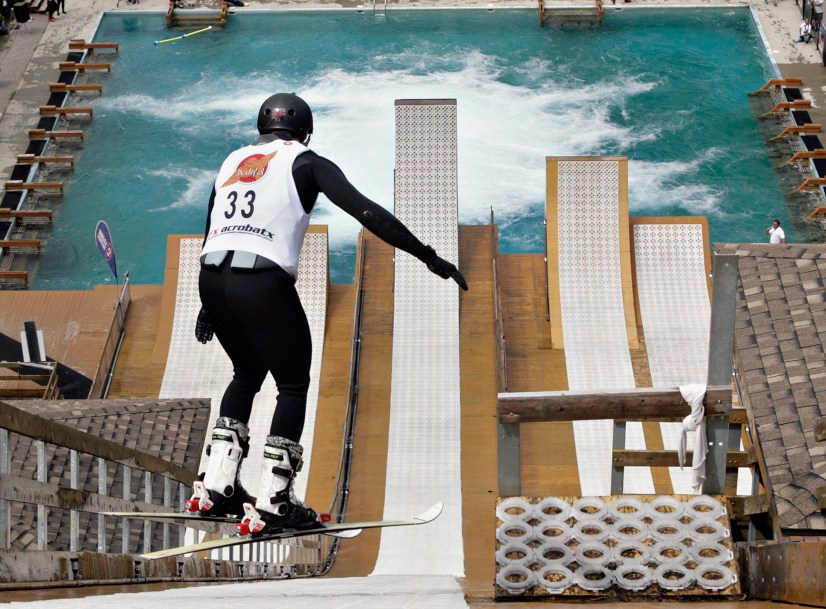 The 2020-2021 FIS Freestyle Ski World Cup season is still a go for early December, and Team Canada athletes have been training hard the past couple of months to be ready when it’s go time.

Here are some of our favourite athlete training moments that we think you’ll really après-ciate!

Ever wonder what it felt like to be Mikaël Kingsbury? Well, the GOAT gifted us with a unique POV from his fall training camp in Zermatt, Switzerland. Kingsbury is the reigning Olympic moguls champion. He won gold at PyeongChang 2018 after finishing second at Sochi 2014 behind teammate Alexandre Bilodeau.

Before hitting the slopes this season, moguls skiers like Justine Dufour-Lapointe stopped by La Rampe de Lac-Beauport to practice new tricks in a safe environment.

Previously, Justine Dufour-Lapointe made history with sister Chloé at Sochi 2014 when the pair finished 1-2. They became the third set of sisters to ever win gold and silver in the same winter Olympic event.

Lewis Irving made his Olympic debut at PyeongChang 2018 and recently placed third during the Russia stop at the FIS World Cup in March. Irving and the aerials team also stopped by La Rampe de Lac-Beauport:

After five podium finishes on the Nor-Am Cup circuit, Marion Thénault ended training camp with a new trick in her pocket for the upcoming season!

RELATED: Winter is Coming: Snow sports season in 2020-21 will have some changes

Moguls skier Gabriel Dufresne has been competing on the World Cup Tour since 2016, and is still on the hunt for his first podium on that circuit. At the 2019 national championships he finished fourth in moguls, his best finish so far at the event. After five months away from the snow, he gave his knees a major workout in Oregon.

Last year Laurent Dumais won two World Cup medals. He reached his first podium of the season in Japan and his second not long after in Kazakhstan. Even if he has been off the slopes for six months, Laurent Dumais’ form was A1 in Zermatt, as he looks to finish on more World Cup podiums this coming season.

Evan McEachran was also part of the group of freestyle ski athletes in Switzerland. McEachran placed an impressive sixth during his Olympic debut at PyeongChang 2018 and third in the big air event during the Cardrona stop of the 2019 World Cup season.

Max Moffatt showcased some of his skills after also being away from the snow for a few months. During the 2019 World Cup season, Moffatt won gold in the slopestyle event at the Seiser Alm stop.

Other Team Canada athletes like Philippe Langevin crossed the Austrian border to ride the slopestyle park of Stubaier Gletscher. Langevin placed second in the slopestyle event at the Font Romeu stop during the 2019 World Cup Season.

Don’t miss any updates on the upcoming freestyle skiing season by checking out our season preview.