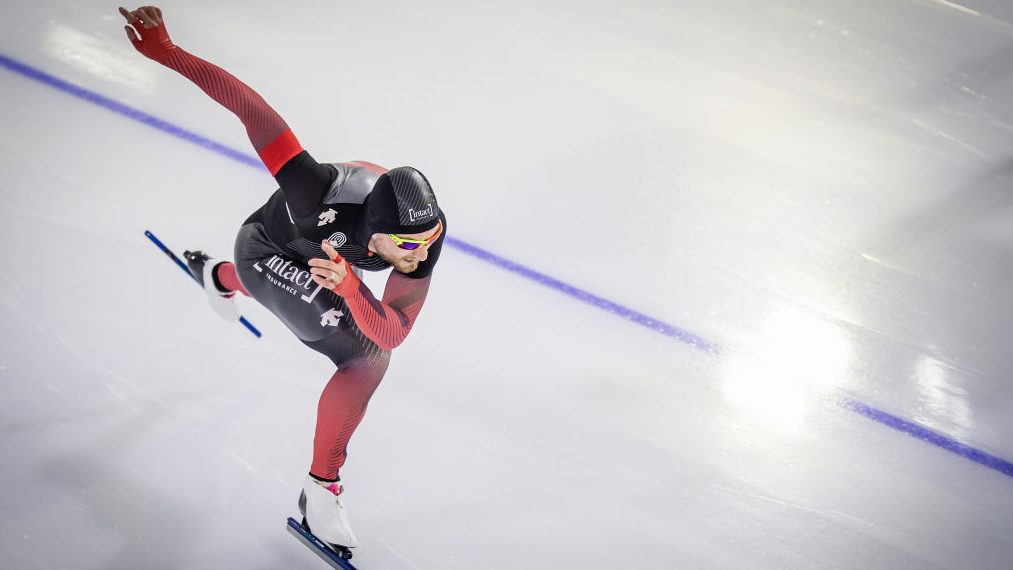 For the second consecutive weekend, Ivanie Blondin and Laurent Dubreuil stood on the the second step of the podium at the Heerenveen World Cup in the Netherlands.

Blondin won silver on Saturday for her speedy performance in the ladies mass start yet again this week.

🇨🇦 Ivanie Blondin (@IvanieB) with her second consecutive 🥈 silver medal in the women's Mass Start! A photo-finish with Irene Schouten, who just barely passed her for gold at the line. #FasterForward #SpeedSkating pic.twitter.com/ObGjhaPYCW

She crossed the finish line in 8:21.770, just behind Irene Schouten of the Netherlands who won the event in 8:21.750. Italy’s Francesca Lollobrigida completed the podium in third with a time of 8:21.960.

Blondin has had an impressive showing in Heerenveen so far. The two-time Olympian reached the podium on Friday with Isabelle Weidemann and Valérie Maltais in the ladies team pursuit, where they won gold in a record time of 2:54.640.

Laurent Dubreuil also earned back-to-back silvers on the long track. After reaching the 500m podium last week, he stopped the clock at 34.520s for another silver medal finish.

So far Canada has claimed four medals this weekend – one gold and three silvers.

All the action from the Heerenveen bubble will continue through Sunday.