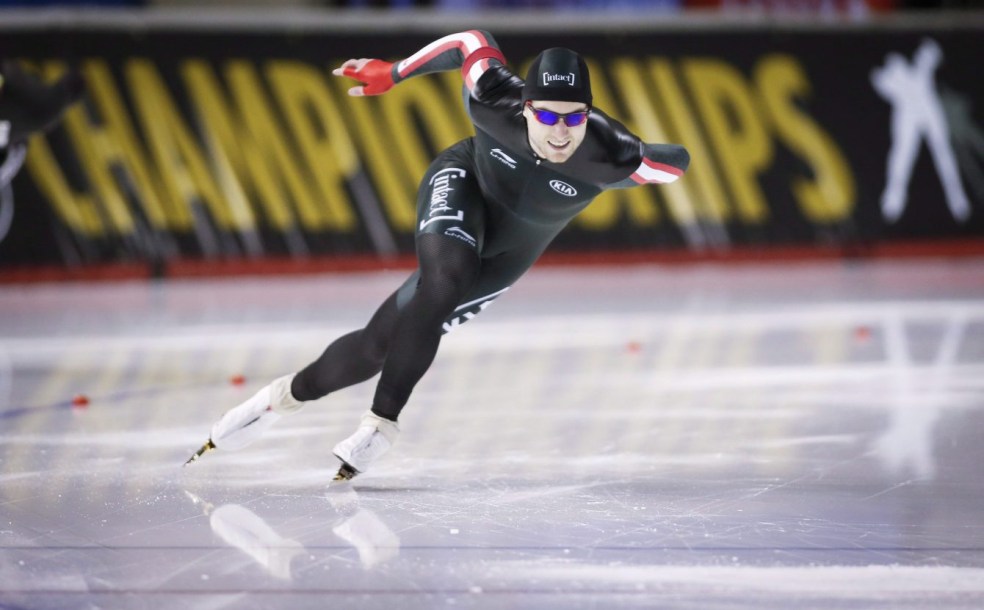 Laurent Dubreuil enjoyed the best season of his career in 2014-15 when he won 500m bronze at the World Single Distances Championships, earned his first World Cup medals (two silver, three bronze) and finished second in the 500m World Cup standings. That success led to him sharing Speed Skating Canada’s Long Track Male Athlete of the Year with Denny Morrison.

The year before, Dubreuil had missed qualifying for Sochi 2014 in the 500m by 0.05 of a second. That disappointment made him reevaluate every aspect of his training and the decisions he made about his sport, making him a better athlete. He won his first individual World Cup gold medal in the 500m at the 2017-18 season-opener in Heerenveen and made his Olympic debut in PyeongChang just a few months later.

Growing up with two Olympian parents, Dubreuil had a good deal of early success. He competed at three world junior championships, winning 500m silver in 2011 followed by gold in 2012. It was also in 2011 that he won five medals, including three gold, at the Canada Winter Games and was named Speed Skating Canada’s Long Track Rising Star of the Year.

A little more about Laurent

Getting into the Sport: Started skating at age 4 on his backyard rink built by Olympian father Robert, who competed in long track at Albertville 1992 and short track as a demonstration sport at Calgary 1988… His mother Ariane Loignon is also an Olympian in long track from Calgary 1988… When he was younger he had no idea that his parents skated at such a high level; at age 6 or 7, his mom tried to give him some technical advice and he told her he wouldn’t listen to her because she didn’t even know how to skate… Outside Interests: Enjoys watching sports on TV… Enjoys playing golf in the off-season… Studying communications part time at Laval University, with a goal of eventually working with the media… Odds and Ends: Missed three months of training in 2009 with a major back injury and continues to incorporate hours of stretching and core exercises into his daily routine…