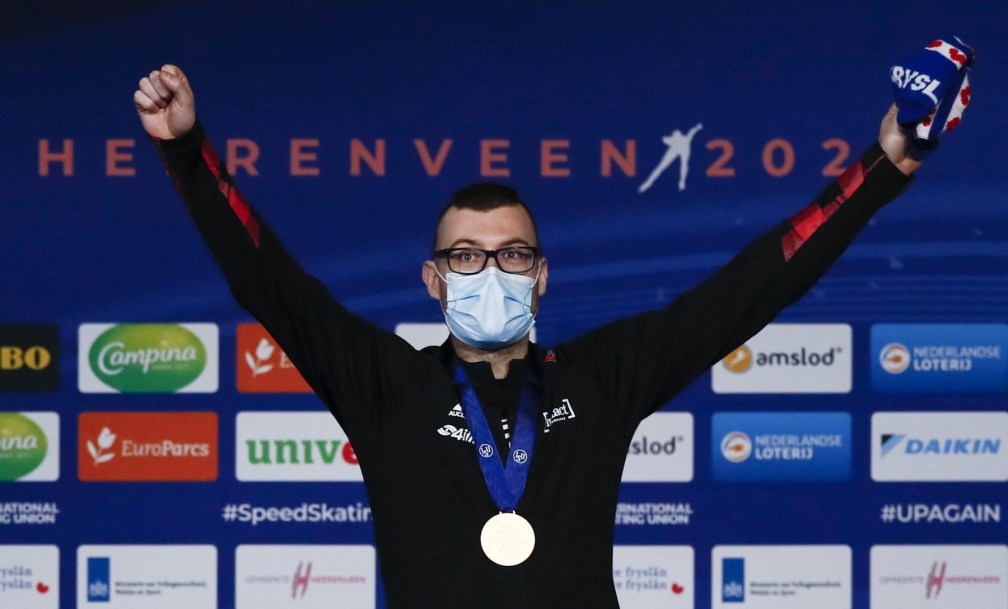 Laurent Dubreuil brings home gold and Canada wins a pair of silver medals in the Team Pursuit events at the ISU World Championships on Friday in the Netherlands.

Canadian sprinter Dubreuil made history on Friday when he became the second Canadian to win the 500-meter world title in long track speed skating. Team Canada skaters also took to the podium in the team pursuit event for both the men and women.

We know Laurent Dubreuil (@Dubreuil92) is smiling under that mask as he puts on his GOLD medal at the ISU speed skating world championship https://t.co/Rc145BO620 pic.twitter.com/NmvepFhGEt

Just after a string of success on the World Cup circuit, Dubreuil managed to climb to the top of the podium in Heerenveen. The Quebec skater clocked by far his fastest time of the season of 34.398 seconds, edging out 0.14 seconds ahead of Russian Pavel Kulizhnikov, who walked away with the silver. Dai Dai N’tab of the Netherlands completed the podium with bronze and a time of 34.628 seconds. He wraps up his 500m season with three World Cup medals, two silver and one bronze and a World Championship title.

Only one other Canadian skater had managed to secure the world title in this event, Jeremy Wotherspoon, in 2003, 2004 and 2008. Dubreuil found his winning formula in the competition bubble of Heerenveen, with all his recent medals in the World Cup events.

Both the Canadian men’s and women’s trios clinched second place on the podium in the team pursuit events in Heerenveen.

Just two weeks after shattering the track record in Heerenveen and winning a pair of World Cup gold medals, the women’s team formed by Isabelle Weidemann, Ivanie Blondin and Valérie Maltais fought hard on the same ice, clocking 2:55.973 seconds. The Dutch counterparts who settled with silver at both World Cups finally got the better of the Canadians finishing just ahead by 0.17 seconds (2:55.795) to win the event. Russia joined them on the podium with a time of 2:59.358 seconds. 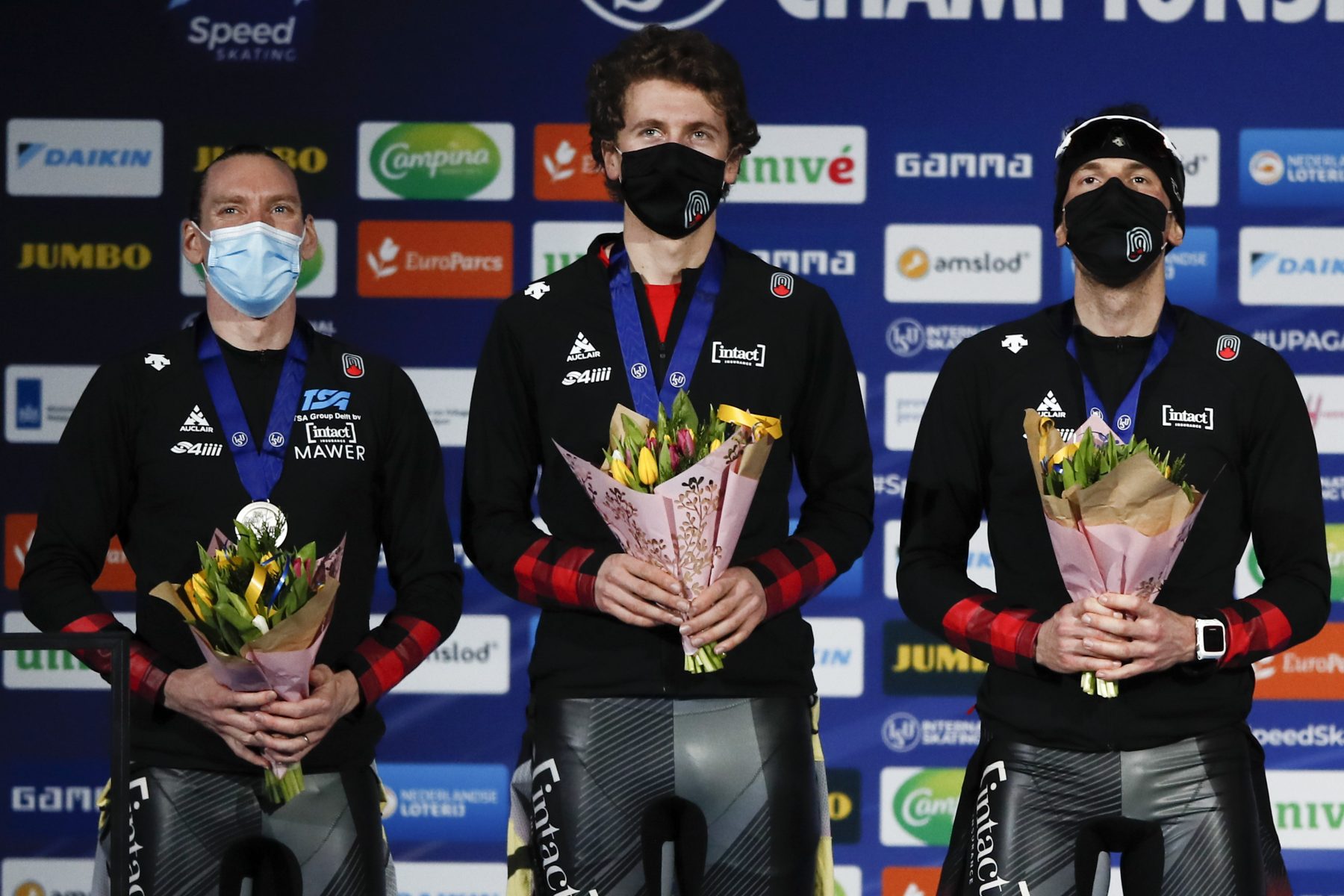 An almost identical scenario happened in this same event for the Canadian men. The trio of Ted-Jan Bloemen, Jordan Belchos and Connor Howe clocked a time of 3:41.711 seconds to clinch the silver, ahead of the Russian team (3:42.662). It was the Netherlands team that came away with the gold (3:41.429) on their home ice.

This is the first World Championship career medal for Howe. The 20-year-old has only been skating alongside veterans Bloemen and Belchos for approximately four weeks.