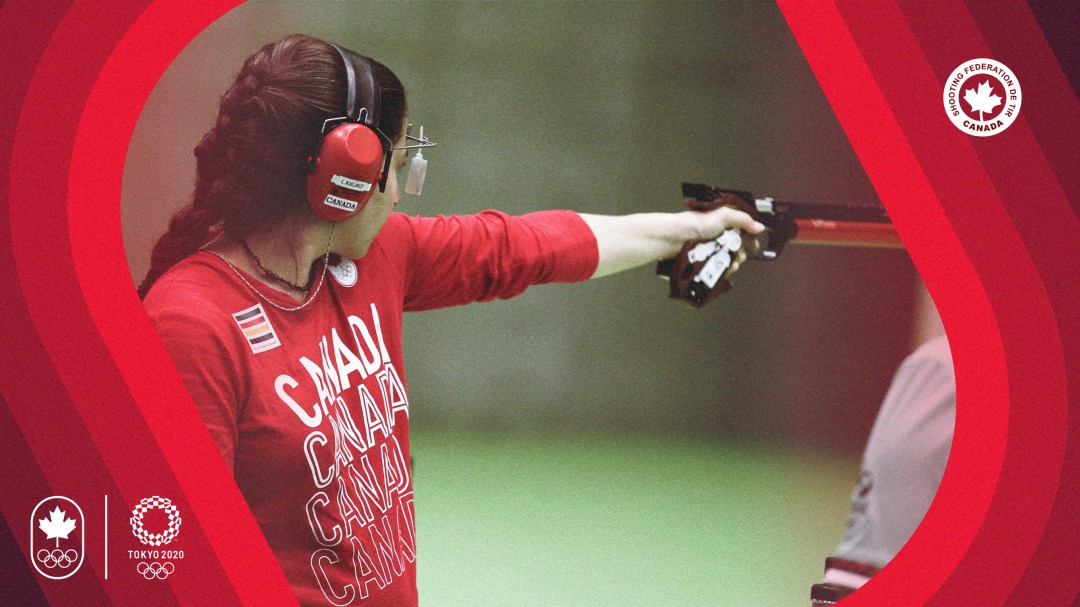 Lynda Kiejko is headed to her second straight Olympic Games, this time as the lone shooting sports athlete on Team Canada for Tokyo 2020.

After making her Olympic debut at Rio 2016, Kiejko achieved a career highlight when she won gold in the 10m air pistol event at the 2018 Continental American Championships in Guadalajara, Mexico in November 2018. Aside from having what she called the “perfect match”, the victory assured Canada of an Olympic quota spot in the event.

In January 2020, just four months after giving birth to her third child, Kiejko claimed that spot for herself. Five athletes had been deemed eligible to contend for it, but it was Kiejko whose scores gave her the nod for the Olympic nomination. She will also compete in the 25m pistol event, having achieved the Minimum Qualification Score needed to be eligible to enter. 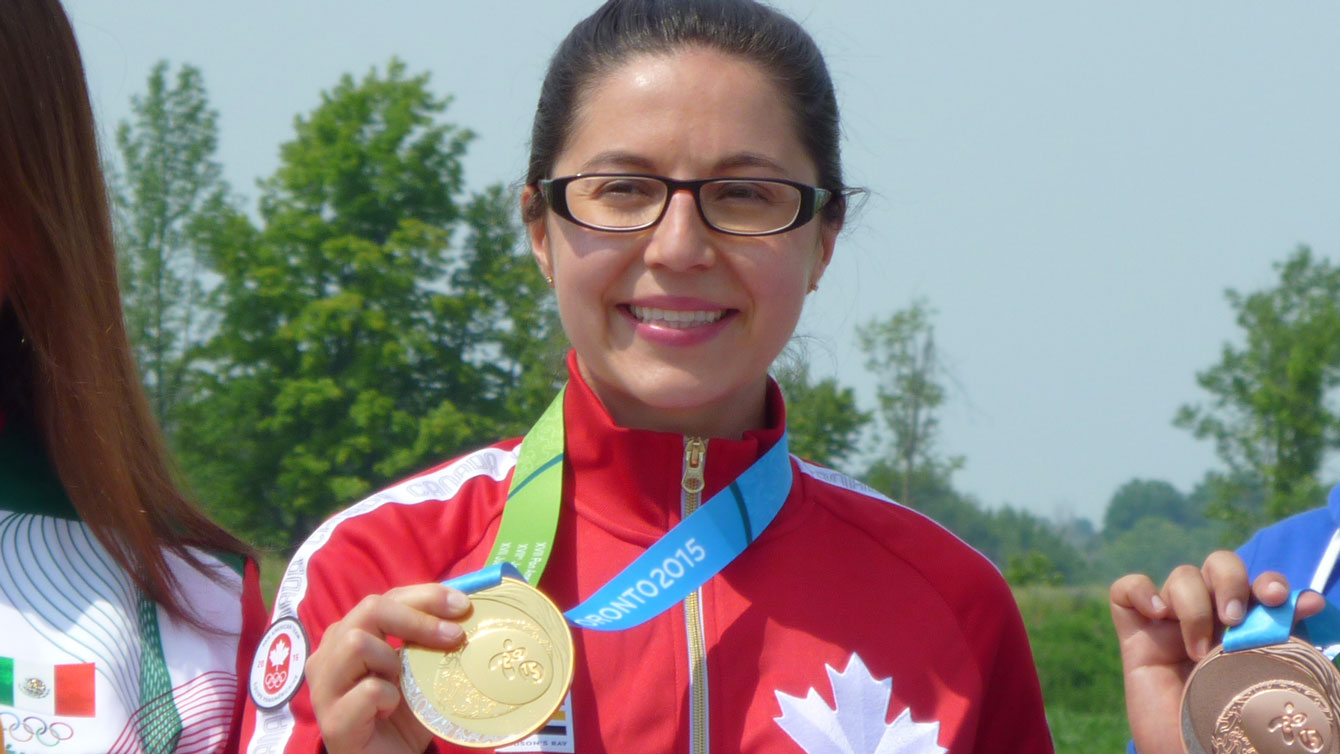 Kiejko has a strong track record, including a pair of gold medals in the 10m air pistol and 25m pistol events at the 2015 Pan Am Games in Toronto, which set her up to compete in both events during her first Olympic appearance.

Kiejko hails from a highly accomplished family. Her father, Bill Hare, was a three-time Olympian in pistol shooting who won gold at the 1974 Commonwealth Games. One of his Olympic appearances came at Tokyo 1964 and now, 57 years later, his daughter will compete at the same venue. Her older sister Dorothy Ludwig made her Olympic debut at London 2012.

But there was never any pressure for them to follow in her father’s footsteps. In fact, it was only after she had gotten started in shooting that Kiejko realized how successful her dad had been in his chosen sport. That gave her the boost to really dream big.

“He gave us the tools to succeed, and if we chose to use him, that was our decision,” Kiejko told Olympic.ca in December 2019 about her dad, who passed away in 2005. “It wasn’t really forced on us. It was just encouraged and he shared his passion for shooting sports with us and then we’ve carried on after that.” 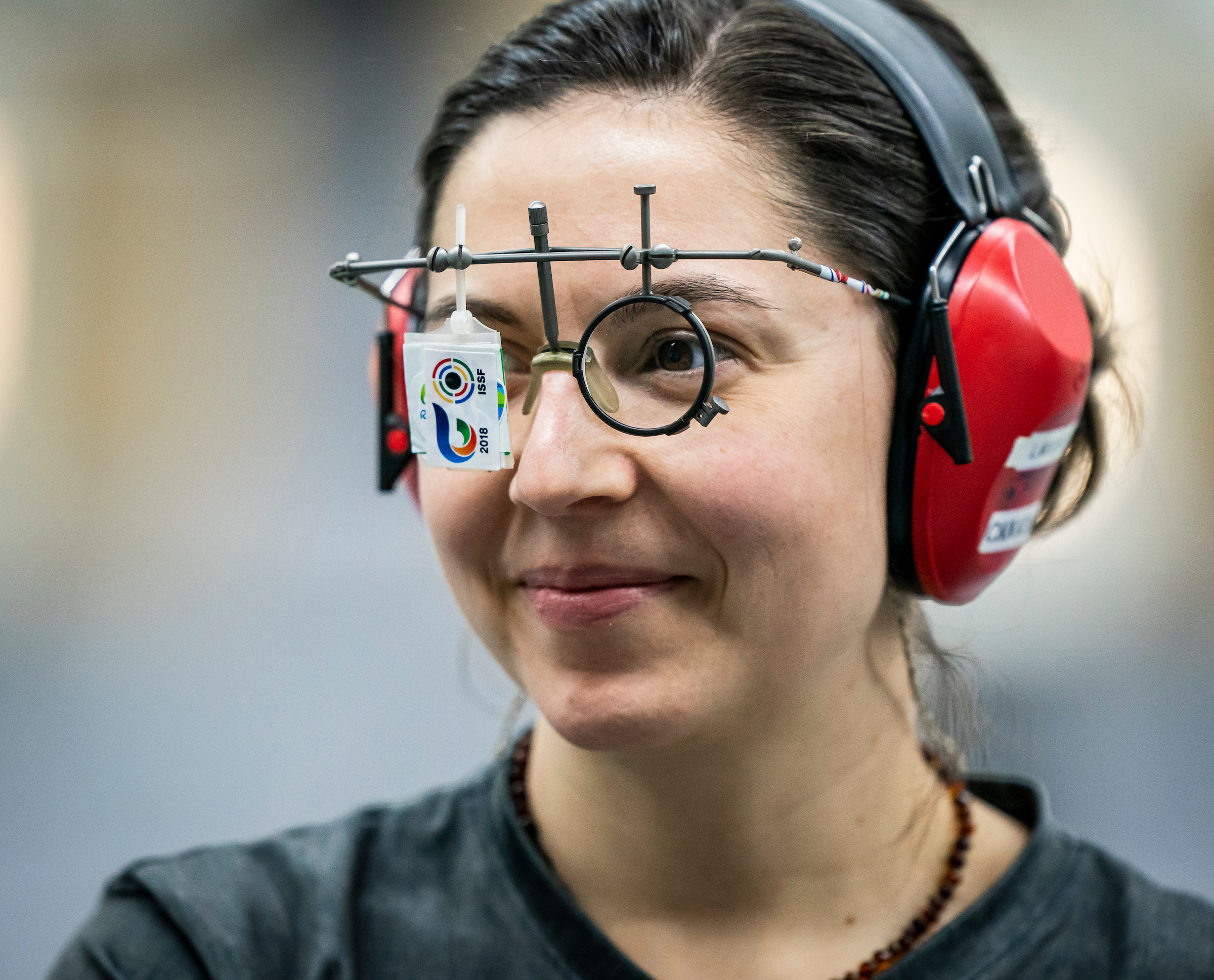 Even without the family connection, shooting was a natural sport for Kiejko to get into as a kid.

“I was asthmatic, I had loads of allergies. I never really seemed to excel in sports […] like the smallest kid picked last for the team. And when it came to shooting sports, it was like I could do something that was me. I could be up there on the line, I didn’t have to be relying on another teammate,” she explained.

Like any sport, physical conditioning is a key part of being successful in shooting, especially when it comes to core strength. But Kiejko also notes the role that mental strength plays.

“It’s between the ears, that really big grey muscle, and making sure you got that in tune and it’s calm and you’re working with it, not letting those stray thoughts creep into your brain,” she said. “There’s that mental acuity, keeping everything crystal clear of what’s the goal, what’s the outcome, and then staying focused on the process of each shot.”

At Tokyo 2020, shooting will take place at the Asaka Shooting Range, about 30km northwest of central Tokyo. The women’s 10m air pistol event will be among the first shooting events contested at the Games, with the qualification and final rounds happening on Sunday, July 25, which is officially Day 2. The 25m pistol will have its precision stage on Thursday, July 29 with the qualification round and finals on Friday, July 30.

Canada has won nine Olympic medals in shooting, the most recent coming at Los Angeles 1984 where Linda Thom won gold in the 25m pistol event, becoming the first Canadian woman to win an Olympic shooting medal.