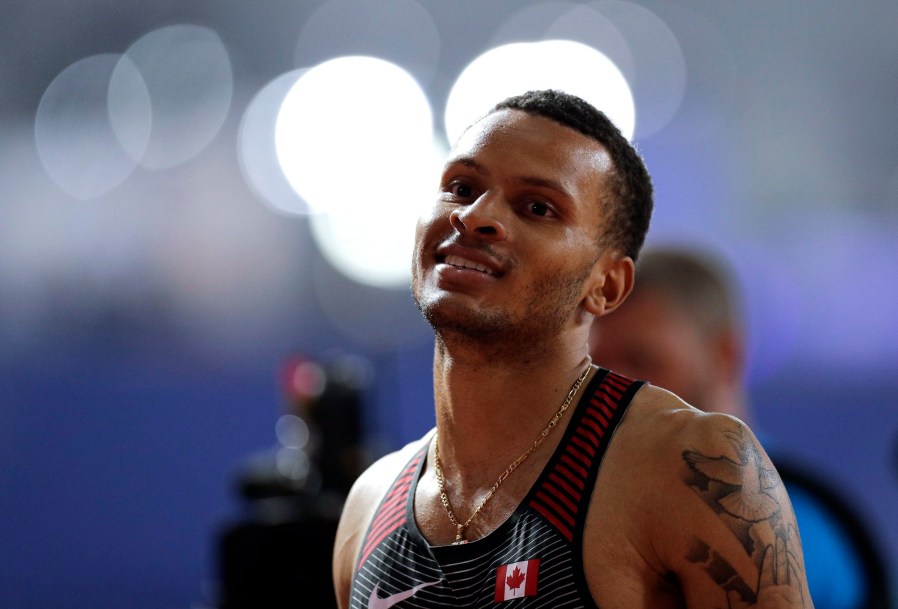 Sprinters Aaron Brown and Andre De Grasse won silver and bronze respectively in the 200m at the Diamond League season opener in Gateshead on Sunday.

American Kenneth Bednarek took gold with a time of 20.33s. Brown trailed just behind at 20.79s with De Grasse clocking in at 20.85s.

The Canadians’ double podium finish came just days after their successful runs at the Ostrava Golden Spike. De Grasse won bronze in the 100m while Brown claimed third in the 200m at the event on Wednesday.

The Diamond League resumes on May 28 in Doha where the world’s best sprinters will compete in their second stop of the season.