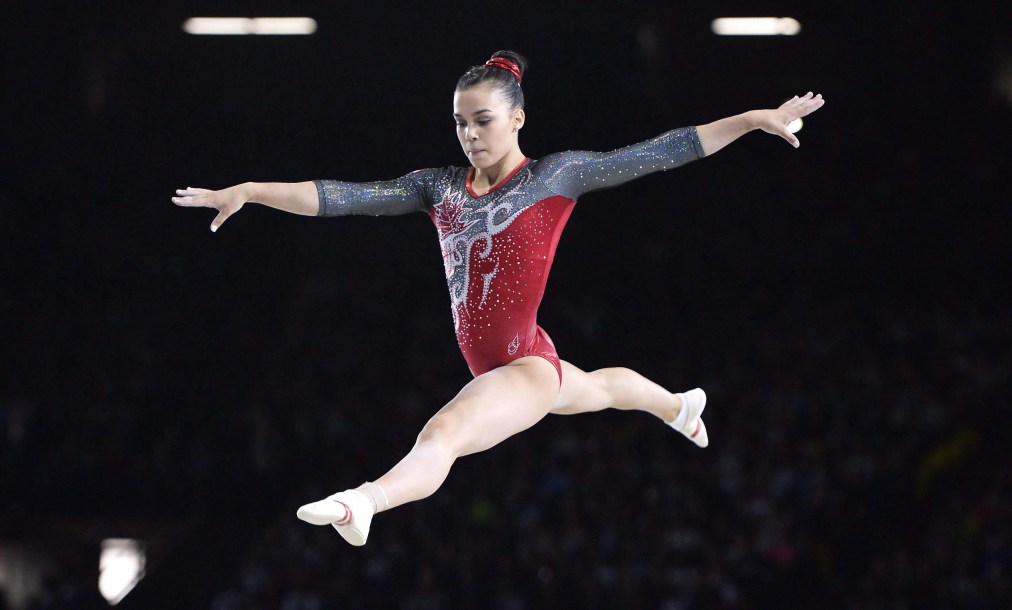 Brooklyn Moors had a breakout performance at the 2017 FIG World Championships in Montreal, where she became the first Canadian to ever win the Longines Prize for Elegance, which recognizes excellence in movement, choreography, and emotion during performances. Moors has always strived to set herself apart with classic, elegant choreography and she was rewarded with a fifth-place finish in the floor exercise final at the 2017 Worlds, the best-ever by a Canadian woman on that apparatus. She was also Canada’s second-ranked gymnast in the all-around, finishing 15th in the final.

In 2018, Moors finished seventh in the all-around at the American Cup, one of the most prestigious events on the World Cup calendar. She capped the season by helping Canada to a best-ever fourth-place finish in the team event at the 2018 World Championships. She also qualified for the floor exercise final for the second straight worlds.

In 2019, Moors was part of Team Canada at the Pan American Games in Lima, where she won silver with the team and earned an individual gold in the floor exercise. At the 2019 World Championships, she helped Canada secure an Olympic spot in the team event. She also qualified for the all-around final for the third straight worlds, posting a career-best 14th-place finish, and advanced to her third straight floor exercise final, finishing seventh.

A Little More About Brooklyn

Getting into the Sport: Started training in gymnastics recreationally at age 3 and joined a competitive team at age 6… Was competing in the national stream by age 14… Outside Interests: Enjoys baking, reading and listening to music during her time off… Odds and Ends: Older sister Victoria was a member of Canada’s artistic gymnastics team at London 2012, placing 5th in the team event, and has two skills named after her… Brings her pocket-sized stuffed dog Archie with her to every competition since she was 8…