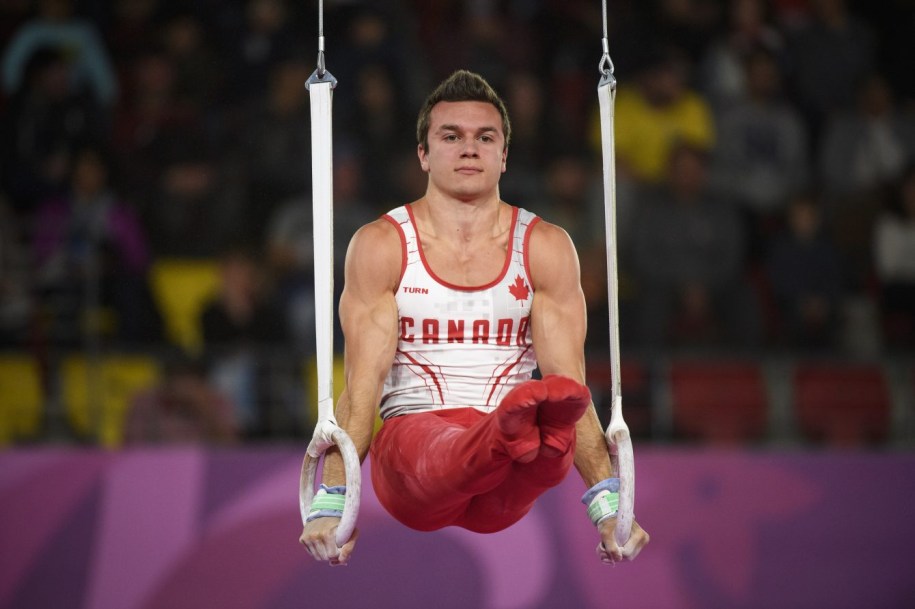 René Cournoyer competed at the 2014 Youth Olympic Games where he just missed qualifying for the all-around final by one spot but did qualify for the individual apparatus finals on vault and horizontal bar. Just three weeks before the competition, he suffered a concussion and spent more than a week in a dark room without any brain stimulation to recover.

In 2015, he was a member of the Canadian men’s team that just missed the podium at the Pan Am Games in Toronto. He made his world championship debut later that year.

Cournoyer narrowly missed out on being Canada’s lone competitor in men’s artistic gymnastics at Rio 2016, but has used that as motivation. In 2018, he won the all-around title at the national championships and won medals in all six apparatus. Earlier in the year he competed at the Commonwealth Games in Gold Coast, winning team silver and posting fourth- place finishes on rings, vault, and parallel bars. He also had a career highlight when he won vault gold at a World Challenge Cup in Turkey, surprising even himself. He went on to qualify for the all-around final at the 2018 World Championships but was forced to withdraw due to injury. He had pulled an abdominal muscle on his very first apparatus but pushed through the injury to finish the qualifying round.

At the 2019 Pan Am Games in Lima, Cournoyer helped Canada win the bronze medal in the team event. It was the first time since 1999 that Canada had won a men’s team medal at the Pan Am Games. He was the third-ranked qualifier for the all-around final, going on to finish fourth. He also qualified for the apparatus finals in the rings and horizontal bar. Cournoyer was Canada’s top man in the qualification round for the all-around at the 2019 World Championships. Despite not advancing to the final, his placement was enough to earn him a ticket to Tokyo 2020.

In March 2020, he competed at the American Cup, one of the most prestigious World Cup competitions, and finished 10th in the all-around.

A Little More About René

Getting into the Sport: Started doing gymnastics at age 7 because he wanted to do acrobatics… Was competing at the national level by age 10 and internationally at age 15… Outside Interests: Calls himself a “true book worm and a big geek in general”… Loves watching movies like The Avengers to relax… Enjoys hiking, rock climbing, and kayaking… Studying physiotherapy at Université de Montreal and would like to work with athletes in the future… Odds and Ends: Role model is Kyle Shewfelt, who inspired him to want to compete for Team Canada… Always travels with his club’s mascot… Likes to exchange shirts with athletes from other countries… Collects Christmas ornaments from different places where he competes…Favourite motto: “What is worth doing is worth doing well”…