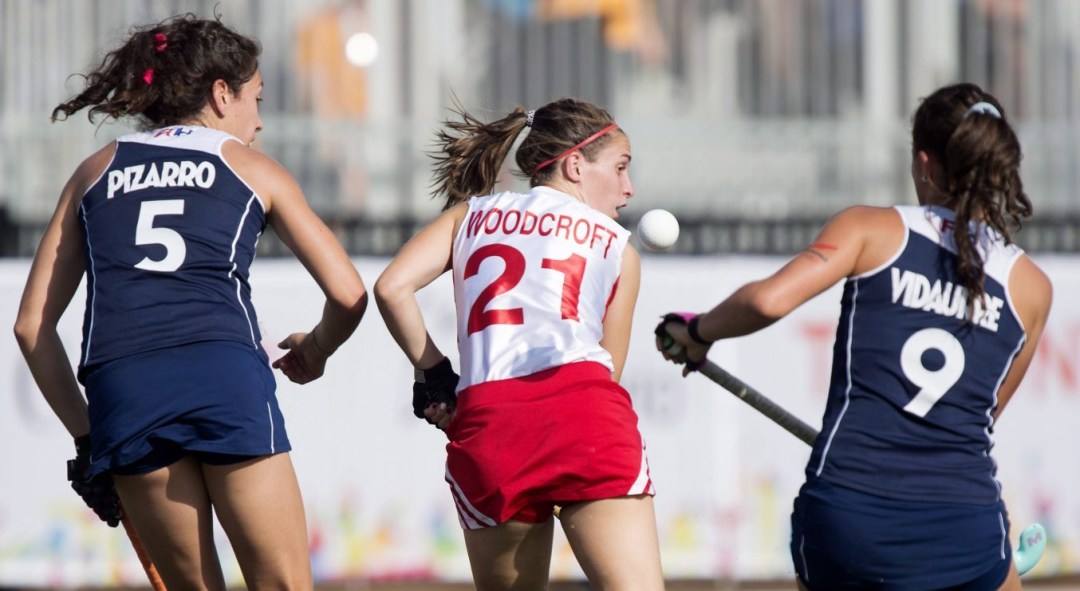 Amanda Woodcroft has more than 110 senior caps to her credit since making her senior team debut in 2011. In 2013, Woodcroft helped Canada win bronze at the Pan American Cup. Earlier in the year she had competed at the FIH Junior World Cup. In 2014 she was part of the Canadian team that won gold at the Pan American Indoor Championships. In 2015, she achieved a career highlight, helping Team Canada win bronze at the Pan American Games in front of a home crowd in Toronto. She was part of Canada’s fifth-place finish at the 2018 Commonwealth Games. Woodcroft had an outstanding season for the University of Toronto Varsity Blues in 2014, being named CIS Championship Tournament MVP as well as the Liz Hoffman Award winner as CIS season MVP. She was also a CIS All-Canadian and CIS Tournament All-Star. In 2011 she had won the Joyce Slipp Award as CIS women’s field hockey Rookie of the Year.

A LITTLE MORE ABOUT AMANDA

Getting into the Sport: Started playing field hockey at age 14… Was intrigued by the mix of ice hockey and soccer… Outside Interests: Enjoys wakeboarding and tubing at the cottage…Earned a Bachelor of Health and Physical Education and a Bachelor of Education from the University of Toronto in 2017… Odds and Ends: Always travels with ketchup and peanut butter…Younger sister Nicole also plays field hockey as part of the National Team Development Squad… Favourite quote: “You miss 100% of the shots you don’t take.” – Wayne Gretzky…

Brienne Stairs has more than 160 senior caps to her credit since making her national team debut in 2011. She…