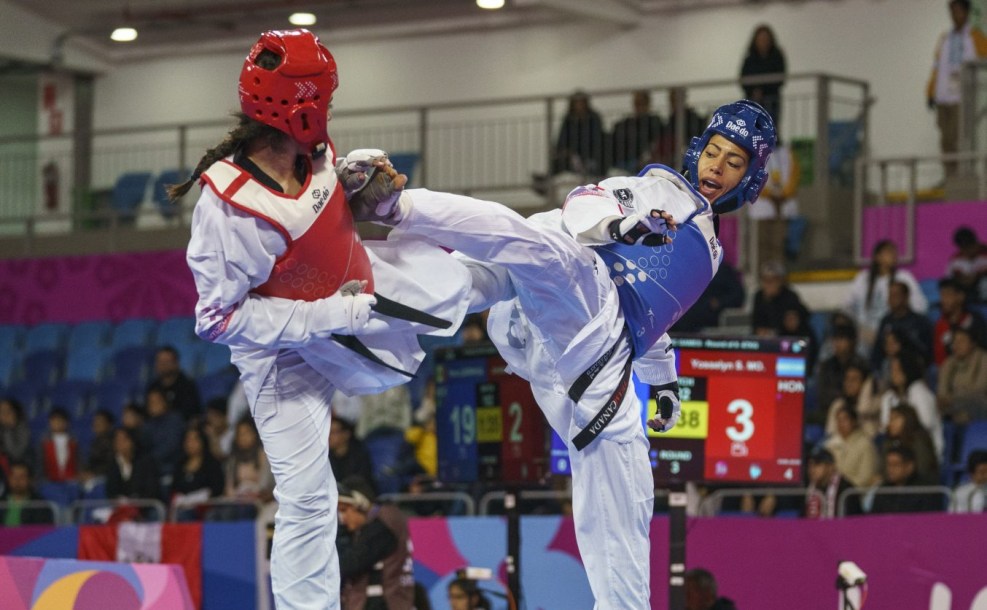 A LITTLE MORE ABOUT ASHLEY

Getting into the Sport: Started taekwondo at age 8… Her father, a 7th degree black belt in jujitsu, signed her up for taekwondo because of the competitiveness of the sport and its Olympic presence… Outside Interests: Graduated from Humber College in 2015 with a four-year Bachelor of Nursing degree… Enjoys traveling, trying new things… Odds and Ends: Favourite motto: “Good. Better. Best. Never rest until good becomes better and better becomes best”… Inspired by 2008 Olympic silver medallist Karine Sergerie because she accomplished so much despite dealing with political challenges… Game day routine includes listening to pump up music and reading over notes/quotes/affirmations… Always travels with her rosary… Collects badges from her competitions… Nickname: Ash…

Following in the footsteps of her older sister, two-time Olympian Ivett, Evelyn Gonda has enjoyed her own podium success, winning...