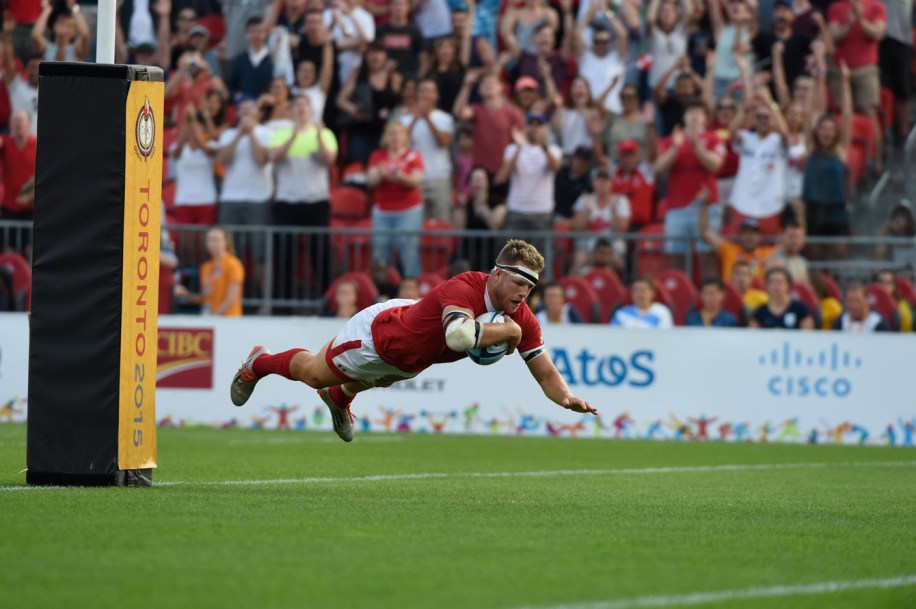 Conor Trainor played for the Under-20 team on tours to Wales and Japan before making his sevens debut in 2011. He became a mainstay on the Sevens Series teams in 2012 and was top-five in team scoring and matches played during Canada’s 2014 run to a best-ever sixth place overall.

Trainor helped Canada win gold in rugby sevens’ Pan Am Games debut at Guadalajara 2011 and repeated as a gold medallist at Toronto 2015. He was also a member of the 2014 Commonwealth Games team that finished ninth.

After missing out on qualification for Rio 2016, Trainor left the sevens team and began playing pro rugby union with French club RC Vannes of Ligue 2. He played with USO Nevers from 2018 to 2020 before mutually parting ways so he could rejoin the Canadian Sevens team.

His return to sevens action came at the Los Angeles Sevens Series stop, where he scored a pair of tries. At the following event, he helped Canada to their best finish on tour since 2017, taking third place in Vancouver.

Trainor has been a fixture of the Canada 15s teams for more than a decade. He played on the U20 teams at the 2008 and 2009 World Championships. In his first of three World Cups in 2011 he scored a pair of tries against the All Blacks during Canada’s group stage match up.

Trainor won an OUA title with the Western Mustangs 15s in 2011.

A Little More About Conor

Getting into the Sport: Played rugby in high school to spend time with friends… Outside Interests: Enjoys paddle boarding, spending time with friends, trying to make the NBA… Graduated from the University of Western Ontario with a Bachelor of Engineering in Civil and Environmental Engineering in 2013… Odds and Ends: Nickname is CTrain…