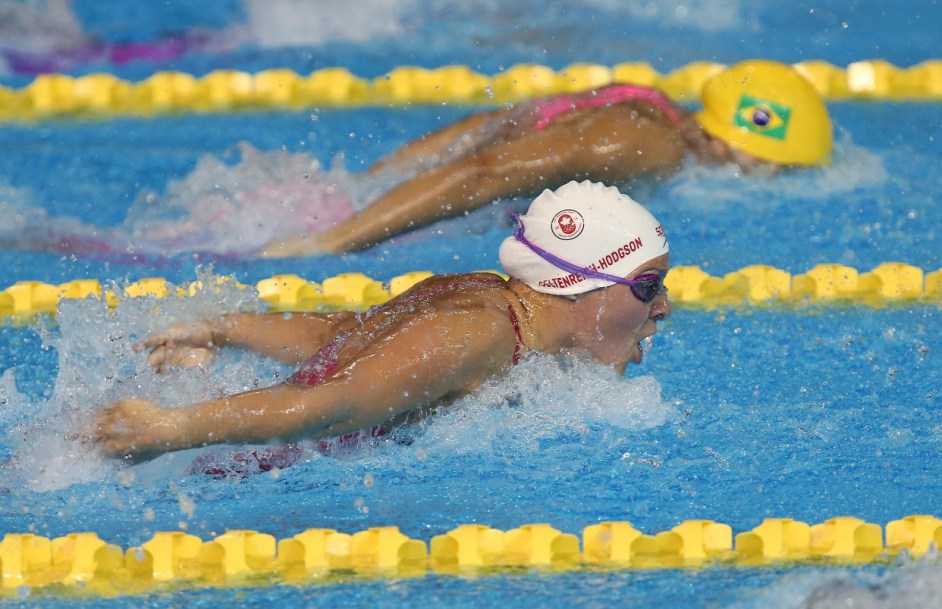 Since her Olympic debut at Rio 2016, where she advanced to the semifinals of the 200m individual medley, Erika Seltenreich-Hodgson’s career has been on an upwards path. A former world junior medallist, Seltenreich-Hodgson made her senior international debut at the 2013 FINA World Championships but it was during the 2018 season that she really made her mark. At the Commonwealth Games in Gold Coast, she won bronze in the 200m IM and finished fourth with a personal best time in the 400m IM. At the 2018 Pan Pacific Championships she made the final of the 400m IM. In her first year racing collegiately at the University of British Columbia, Seltenreich-Hodgson was named 2014 CIS Women’s Swimmer of the Year and Rookie of the Year. She helped the UBC women win their third straight national team title and won gold in the 200m butterfly, 200m IM and 400m IM, setting a CIS Championship record in the latter. At the 2015 Pan Am Games in Toronto she finished fifth in the 200m IM and was part of Canada’s bronze medal-winning 4x200m freestyle relay.

A LITTLE MORE ABOUT ERIKA

Getting into the Sport: Witnessed her first swim meet when she was 8 and loved the atmosphere… Started racing at age 10… Thrives on the competitiveness… In one of her first meets, her goggles broke behind the blocks and she started crying and missed her race… Outside Interests: Studied psychology at the University of British Columbia Enjoys reading, writing, Netflix, eating dessert (especially chocolate)… Odds and Ends: Favourite quote: “Don’t tell me the sky is the limit when there are footprints on the moon”… Collects keychains from new countries she visits for her swim bag… Nicknames: Erks, Salt, Urkle… Listens to pump up music on race day; easier to get in the zone with headphones on…