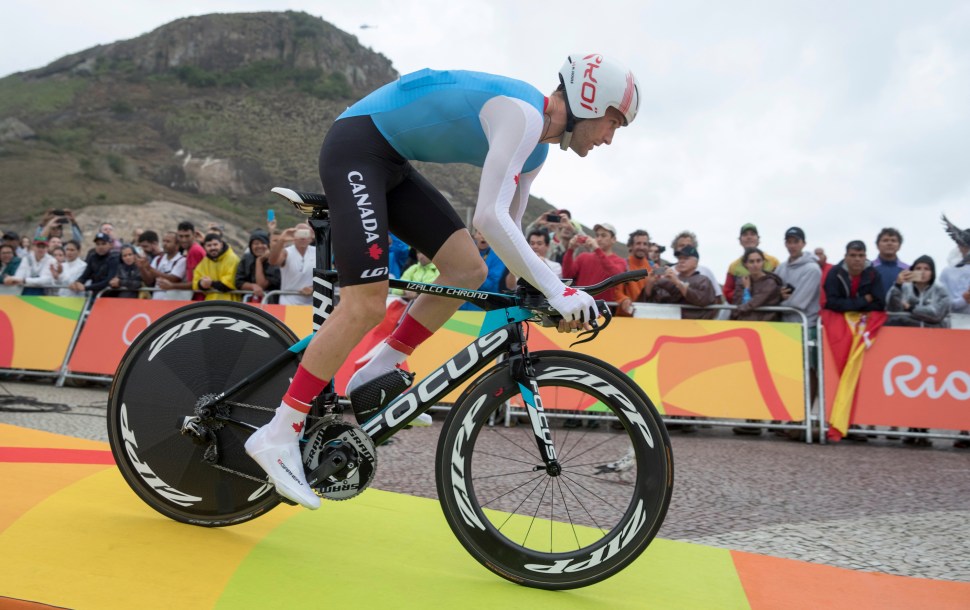 Hugo Houle has been racing professionally on the UCI World Tour since 2013, with AG2R La Mondiale (2013-17) and Astana Pro Team (2018-22). He has been a valuable team rider and domestique for both teams while progressing as a one-day and stage racer.

In 2015, Houle took part in his first of cycling’s Grand Tours, completing all 21 stages of the Giro d’Italia. Soon after, Houle won gold in the individual time trial at the Pan Am Games in Toronto, earning the victory by more than a minute. He competed in the Giro d’Italia again in 2016 before making his Olympic debut at Rio 2016. In 2017 he raced the Vuelta a España for the first time. Houle made his long-awaited debut in the Tour de France in 2019, after what he calls nine years of effort to be selected as a starter for his team.

Back in 2009, Houle was a double medallist at the Canada Games, winning gold in the criterium and bronze in the time trial. He got his chance to develop on the international scene in 2011 and 2012 with Canada’s first pro continental cycling team, SpiderTech powered by C10, led by Olympic silver medallist Steve Bauer. Houle competed at three editions of the UCI World U23 Championships, just missing the podium in 2012 when he finished fourth in the road race. It was that result that allowed him to transition into a professional rider.

Houle won time trial bronze at the 2012 Canadian Championships, followed by silver in 2014 before taking gold in 2015.

A Little More About Hugo

Getting into the Sport: Started doing triathlons at age 9 before beginning to focus on cycling at age 14 because it was his strength… Outside Interests: Enjoys cooking and mountain biking… Studied police techniques in Cégep before deciding to become a professional cyclist…Odds and Ends: The most difficult thing Houle has had to overcome is the death of younger brother Pierrik in December 2012 , who was just 19 when he was hit by a car while jogging; Houle wears a cross in his honour and for luck… Nickname: Hulgros roule… Favourite motto: Discipline et persévérance vous mèneront au succès