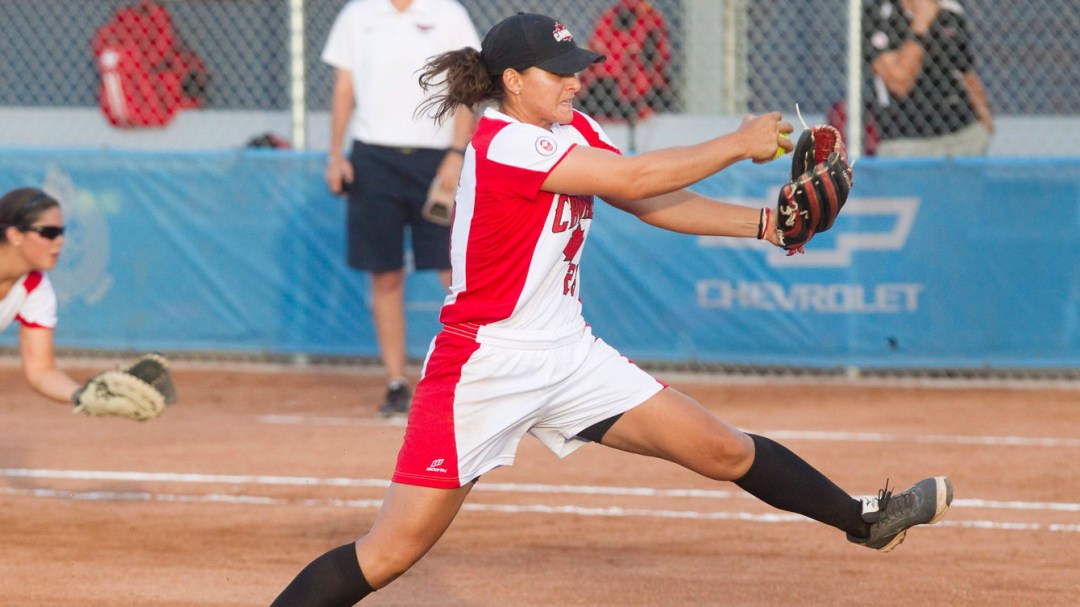 After winning silver at the 2011 Pan Am Games in Guadalajara, Caira was part of the gold medal team at the 2015 Pan Am Games where they defeated Team USA in extra innings in front of the home fans. She helped Canada win another silver at Lima 2019.

Just a few weeks after those Pan Am Games, Caira was co-captain of the team that booked its ticket to Tokyo 2020 at the WBSC Americas Olympic Qualifier in Surrey, B.C. She posted a 2-0 record with a 0.00 ERA while allowing just three hits and striking out 13 batters in 8.2 innings pitched.

During her four years (2009-12) playing at Syracuse University, Caira accumulated 1051 strikeouts, the first pitcher in Big East Conference history to reach the thousand mark. She is the school’s all-time leader in most pitching categories, including wins (97), appearances (167), shutouts (28) and innings pitched (893). As team captain in 2012, she was named an All-American. She served as assistant/pitching coach at Syracuse in 2013 and 2014.

A Little More About Jenna

Getting into the Sport: Started playing softball at age 4 because of her older sisters… They spent so much time pitching in their driveway that their dad spray painted a home plate… Would twirl her arm in a pitching motion everywhere she went (home, school, mall, etc)… Liked pitching because she wanted the ball all the time, rather than waiting for it to be hit to her… Loves the strategy involved in pitching and the mind games she can play with opposing hitters… Outside Interests: Graduated from Syracuse University in 2012 with a Bachelor of Science in Education (Honours)… Earned a post-graduate diploma in Corporate Communications and Public Relations from Seneca College in 2016… Ambassador for Canadian Tire Jumpstart Charities… Had worked at Canadian Tire since 2017 (in the PR and Partnerships departments) before being supported in her decision to focus full time on Tokyo 2020… Enjoys reading, watching Netflix, listening to podcasts, yoga… In the off-season plays in a rec dodgeball league in Toronto… Odds and Ends: Wears #29 because of her pitching coach Todd Martin, who she calls the best pitcher in men’s fast pitch and taught her the change-up… Always wears a hat while playing, which might stem from a coach telling her when she was younger that “ball players wear hats”… On her fourth birthday she recorded on camera that she wanted to go to the Olympics for Team Canada when she grew up… Lived in Europe while in Grade 12, so her mom flew with her twice to the U.S. to get the exposure she needed to get attention from an NCAA school so she could pursue her softball dreams…