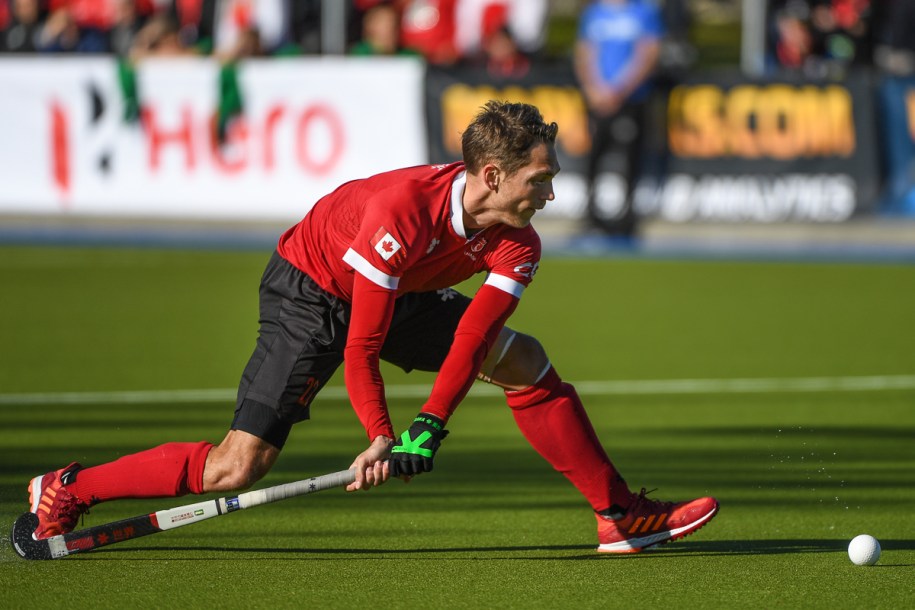 John Smythe has more than 105 caps with the senior national team since making his international debut in 2013. In 2014, he was part of Canada’s silver medal finish at the Champions Challenge in Malaysia after defeating the hosts in a dramatic shootout in the semifinal. The silver medal was a special moment for John as it was the first time he competed alongside his brother Iain while representing Canada. In late 2015 he was a member of the team that competed at the FIH World League Final, finishing eighth overall.  In 2018, Smythe represented Canada at the FIH World Cup and the Commonwealth Games. Throughout his career, Smythe has had to deal with his Crohn’s disease, which first caused him trouble during his first junior national team tryouts. After an initial diagnosis of Colitis and several surgeries, which caused him to miss about three years of national team competition, he has been able to successfully manage the Crohn’s with medication since 2012.

A Little More About John

Getting into the Sport: Started playing field hockey at age 7… Followed both brothers into the sport after attending their games and playing with a stick on the sidelines… Outside Interests: Graduated from the University of British Columbia in 2013 with a Bachelor of Arts in Psychology… Enjoys playing soccer, football, golf, fishing, surfing, snowboarding, cycling, reading… Likes to spend his off-season relaxing on the family boat in the Gulf Islands… Supports the Canadian Crohn’s and Colitis Foundation… Works as an RBC Olympian in the Brand & Communications department at the BC regional Office…  Odds and Ends:  Always puts on his right sock and shoe before the left… Has specific pre-game playlists for the bus and change room… Favourite quote: “Learn from yesterday, Live for today, Hope for tomorrow.” -Albert Einstein… Collects Christmas ornaments from his international competitions… Older brother Iain is also a member of Canada’s field hockey team…