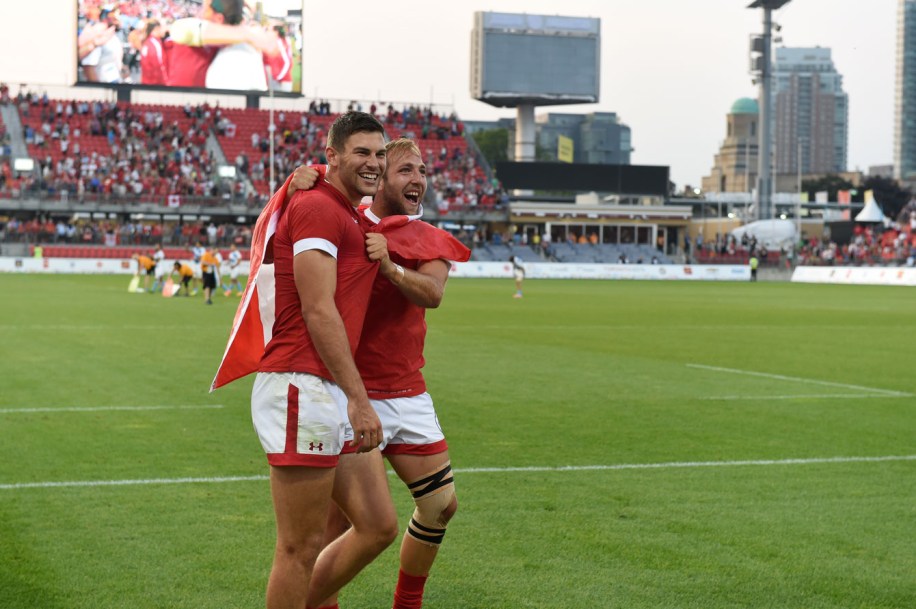 Justin Douglas made his World Rugby Sevens Series debut on the Gold Coast of Australia in October 2012, at just 18 years old. That made him one of the youngest players to be used by Canada’s men’s sevens team. What made his debut all the more impressive is that just a year earlier he tore his MCL and ACL. All this came after he had moved to Victoria as a teenager to become part of the BC Elite Youth Sevens program. He became the first graduate to be named in a senior Canada sevens squad.

In 2013, Douglas made his first appearance at the World Cup Sevens, helping Canada finish as Plate Champions, ninth place overall. At the 2018 World Cup Sevens, he scored a pair of tries in Canada’s 29-21 qualification round win over Papua New Guinea. Canada would go on to finish 12th.

On the Sevens Series circuit, Douglas became a mainstay with the Canadian team for the 2014 season, finishing in the top-10 in matches and tries as Canada had its best finish ever, sixth place. Since then, Douglas has been one of the top performers for Canada as he sits second in tries (145) and third in tackles (320).

Douglas had a career highlight with Canada at the 2017 Singapore Sevens Cup, scoring three tries to help Canada to their first ever tournament win. That helped Canada finish eighth on the season and secure their spot at the 2018 World Cup. In 2018 Douglas was awarded the Sevens Series Impact Player of the Year, leading Canada with 35 tries.

After first representing Canada at the 2011 Youth Commonwealth Games, Douglas has competed in the senior Commonwealth Games in 2014 and 2018, finishing ninth each time. He helped Canada take home gold at the Toronto 2015 Pan Am Games.

A Little More About Justin

Getting into the Sport: Started playing rugby at age 13 after watching both brothers play… Outside Interests: Enjoys fishing, hunting, and hiking… During the off-season he works at his parents’ dairy farm… Attended the University of Victoria… Odds and Ends: Nickname is JD… Both of his older brothers, Travis and Jared, have played for Canada’s junior rugby teams…