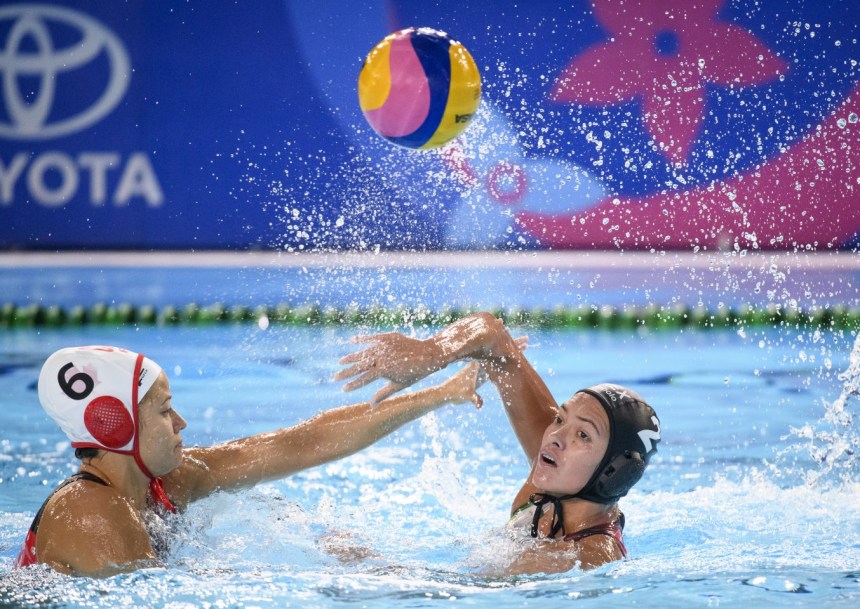 Kelly McKee made her international debut at the junior level at the 2008 Junior Pan American Championships where Canada captured gold and it didn’t take long for people to take notice of her shot. Since then, she has played in two junior (2009, 2011) and three senior FINA World Championships (2015, 2017, 2019) and has proven herself to be a threat from the outside in every game she plays.

McKee won silver with Canada at the 2015 Universiade and the 2017 FINA World League Super Final. She also won silver with Team Canada at the 2019 Pan Am Games in Lima, securing the team’s ticket to Tokyo 2020. In 2021, she was part of Canada’s fourth-place finish at the FINA World League Super Final, the team’s first competition in more than 18 months because of the COVID-19 pandemic.

A Little More About Kelly

Getting into the Sport: Started playing water polo at age 10 with the Calgary Renegades Water Polo Club… Represented Canada for the first time at age 15… Has dreamed of competing for Team Canada since watching the Canadian women win gold in the 2003 Junior World Championships in her hometown of Calgary… Outside Interests: Graduated from University of California Berkeley in 2015 with a Bachelor of Arts… Enjoys reading and watching TV… Odds and Ends: Listens to the same playlist of songs before every game that she makes for particular tournaments… Favourite motto: “Do better”