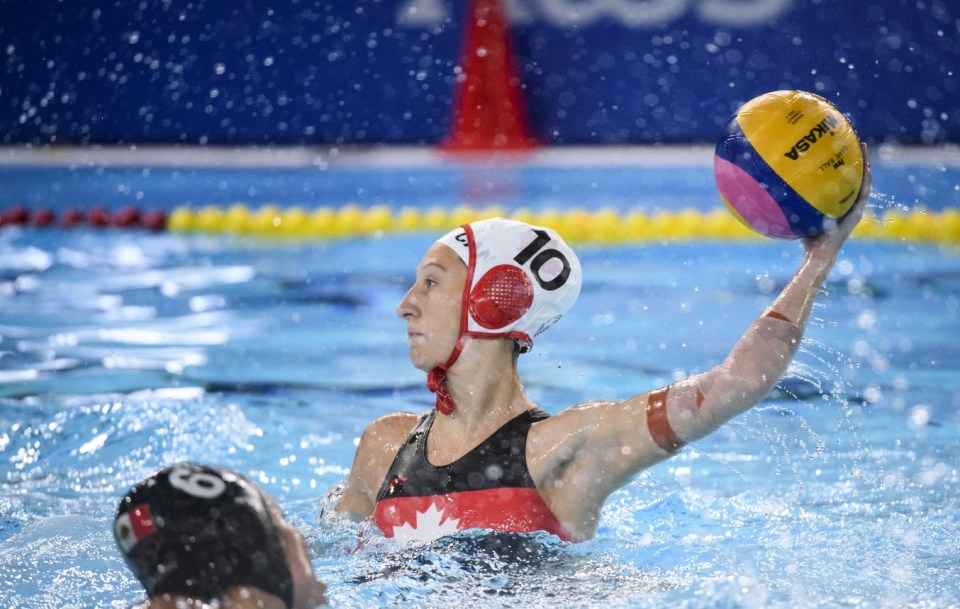 In 2018, Christmas took a four-month break from water polo to receive treatment for the anxiety she had been dealing with since she first joined the national team. By being open about her struggles and with the help of an emotional support animal – her French bulldog Miko – she has been better able to manage her anxiety.

In 2019, Christmas competed at her first Pan American Games where she helped Canada win the silver medal, qualifying the team for Tokyo 2020. In 2021, she was part of Canada’s fourth-place finish at the FINA World League Super Final, the team’s first competition in more than 18 months because of the COVID-19 pandemic.

A Little More About Kyra

Getting into the Sport: Started playing water polo at age 7 with her hometown club the Prairie Dolphins… Seeking a more competitive team, she quickly joined the Calgary Renegades… Has wanted to be an Olympian since watching the Canadian men’s water polo team qualify for Beijing 2008 and being inspired by their journey…  Outside Interests: Graduated from the University of the Pacific in 2020 with a degree in sport management… Enjoys bullet journaling, playing with her French bulldog Miko, trying new restaurants and food, exploring the mountains… Odds and Ends: Was the only girl on one of her first teams and won a year-end trophy that read “Best Defensive Player, Kyra Christmas, Atom BOYS”… Favourite quote: “My attitude is that if you push me towards something that you think is a weakness, then I will turn that perceived weakness into a strength”– Michael Jordan…