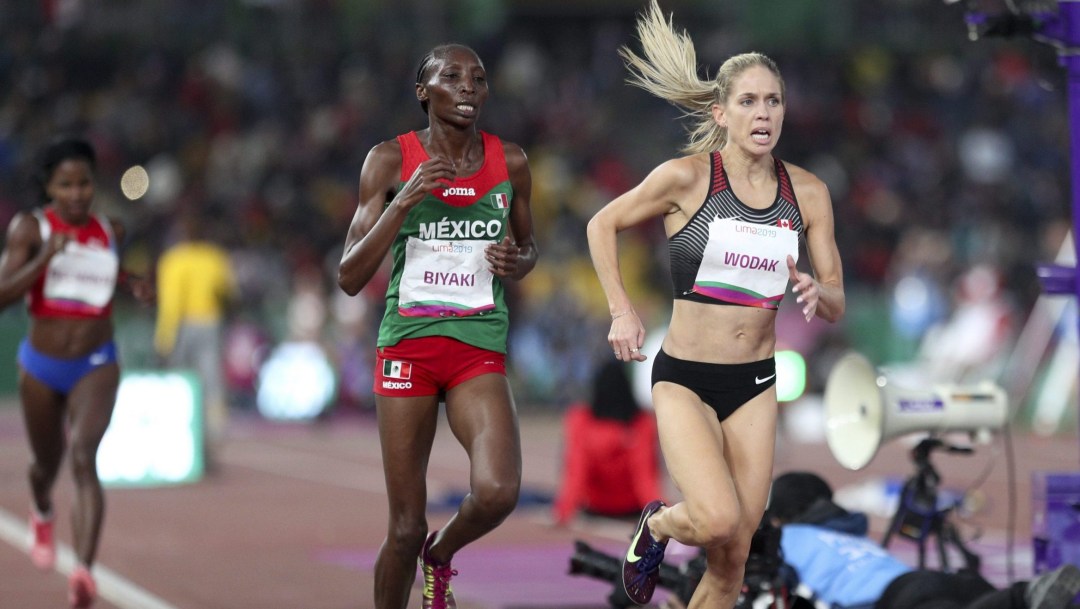 In just the second marathon of her career – and her first in more than seven years – Natasha Wodak became the second-fastest female marathoner in Canadian history. In one of the rare race opportunities in 2020, Wodak finished The Marathon Project in Chandler, Arizona in 2:26:19, putting her well under the Olympic entry standard of 2:29:30. She achieved that by persevering through hamstring pain and nausea over the last seven kilometres.

In January 2020, Wodak set the national record in the half marathon only to see it broken a couple of weeks later by Andrea Seccafien. She had been the first Canadian woman to ever break the 70-minute mark in the half marathon and now owns two of the top three Canadian times all-time in the distance.

Wodak had a hugely successful season on the track in 2019. She won the Canadian title in the 10,000m and then the gold medal in that event at the Pan Am Games in Lima, her first major international medal after more than two decades as an elite racer. Her winning time of 31:55.17 was a Pan Am Games record. On the road, she finished first at the Vancouver Half Marathon and won the Canadian 10km title.

Wodak had her breakout year in 2015, coming back after missing almost an entire year of racing due to plantar fasciitis and peroneal tendonitis. In May she set the Canadian record in the 10,000m at the Payton Jordan Invitational in Palo Alto, California, running 31:41.59. It was her first track race in almost two years and she had no idea she was on national record pace until the bell lap. She then finished second at the Canadian 10km Championships with a personal best time of 31:58 and was also second at the Canadian Half Marathon Championships, a distance in which she had achieved a personal best in New York City in March.

But just before flying to Toronto for the 2015 Pan Am Games, Wodak was struck by illness, leaving her unable to eat much which led to a weight drop. Feeling weak and unfocused, she competed anyways and finished seventh. She then grinded through her first 10,000m at an IAAF World Championships, forcing herself to finish rather than drop out with nine laps to go. Looking to end her season on a high, Wodak won the Canadian 5km Championships.

In late January 2016, she was diagnosed with a stress reaction in her foot, which was followed by another bout of illness which left her unable to race until May. Despite the adversity, she qualified for her first Olympic Games and competed in the 10,000m at Rio 2016. She posted her career-best performance at the World Athletics Championships in 2017 and went on to compete at her first Commonwealth Games in 2018.

A Little More About Natasha

Getting into the Sport: Competed in her first road race with her dad at age 10… At 24, quit competitive running for three years before returning to training with her old team and realizing how much she missed it… Odds and Ends: Inspired by Shalane Flanagan because she runs fearlessly…