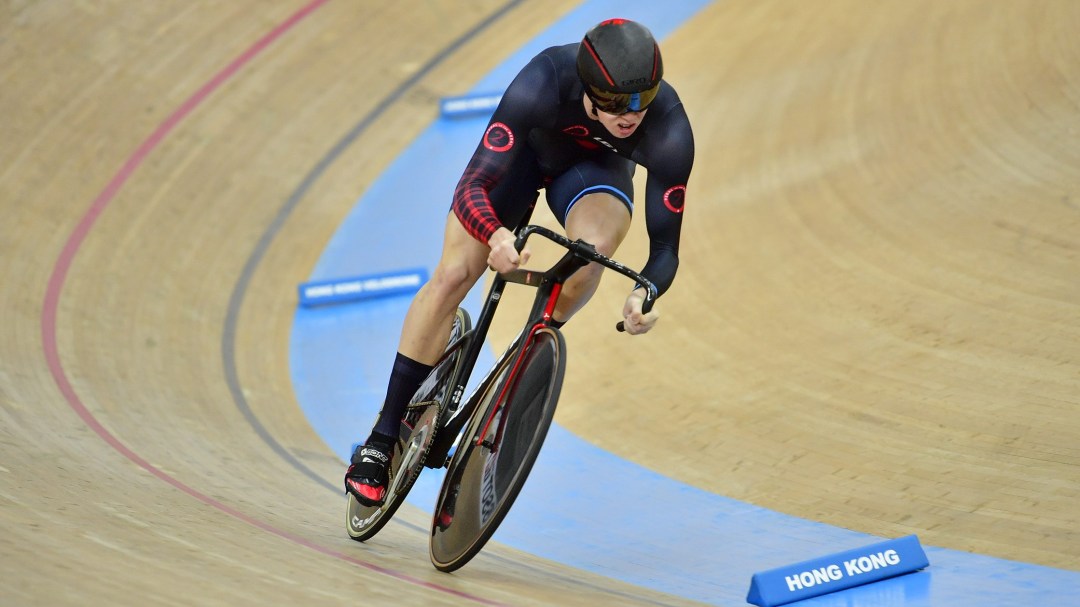 Nick Wammes had not yet turned 20 when he represented Canada at the 2019 Pan American Games in Lima. Less than eight weeks later, he won three national titles at the 2019 Canadian Championships, finishing first in the keirin, sprint, and team sprint events.

In 2016, the same year he decided to focus on track cycling, Wammes won two medals in the junior division at the Canadian championships. A year later, he won junior national titles in the keirin and team sprint. In both 2016 and 2017, Wammes represented Canada at the UCI World Junior Championships.

In 2018, Wammes transitioned into the elite category and won sprint bronze at the Canadian championships. That December, he earned his first major podium at a UCI-sanctioned event outside of Canada, taking the sprint victory at a C1 event in Portugal. That affirmed all the hard work he had put in to advance his career.

Getting into the Sport: Started participating and competing in track cycling at age 12… Began as an endurance athlete, competing in both road and track events before focusing solely on track sprinting in early 2016… Was hooked by the thrill of the speed… Often had difficulty explaining his sport to people in his small, hockey-focused hometown… Outside Interests: Hobbies include photography, videography and hiking… Odds and Ends: Favourite mottoes: It’s not about how bad you want it, it all comes down to how hard you are willing to work for it / A goal is a dream with a deadline…

Cyclist Monique Sullivan competed in her first Olympic Games in 2012, finishing sixth in the women’s keirin and eleventh in…