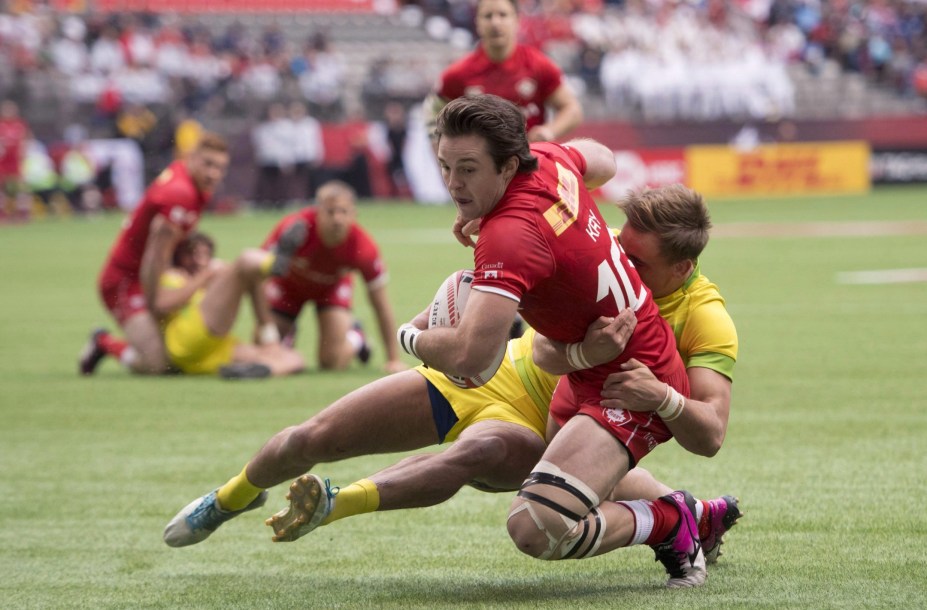 Patrick Kay debuted with the senior Canadian Sevens team in 2013 at a World Rugby Sevens Series stop in Gold Coast. He became a regular fixture in the line-up during the 2014-15 season and as of the end of the 2020 season has scored 299 points in 209 career matches.

In 2017 he helped Canada to their first ever Sevens Series Cup win, taking the top spot in Singapore. The win boosted Canada into top-eight in the season standings, which they held onto after claiming bronze in the last stop of the year in London. That clinched Canada’s spot for the 2018 World Cup Sevens in San Francisco. Before competing in his first World Cup, Jones returned to Gold Coast to represent Canada at the 2018 Commonwealth Games. He had also represented Canada at the 2011 Youth Commonwealth Games, finishing fifth.

In 2019, he helped secure the first ever Olympic qualification for the Canadian men’s sevens squad by winning the RAN Sevens tournament in Cayman Islands. Later that same summer he took home a silver medal at the Pan Am Games in Lima. Jones played in every game for Canada during the shortened 2019-20 Sevens Series, helping Canada back into a top-eight spot in the overall standings, including winning their first ever podium spot on home soil during the final event in Vancouver.

A Little More About Patrick

Getting into the Sport: Started playing rugby at age 14, inspired by his older brother Thomas, who was a talented high school player before his career was cut short by a medical condition… Eventually had to choose between competing for the provincial teams in baseball or rugby and chose rugby to take on his brother’s rugby dream as his own… Outside Interests: Enjoys fishing, drinking coffee, watching Cirque de Soleil… Odds and Ends: Believes that if he weren’t a rugby player, he would pursue a career in teaching… Favourite motto: When the going gets tough, the tough get going…