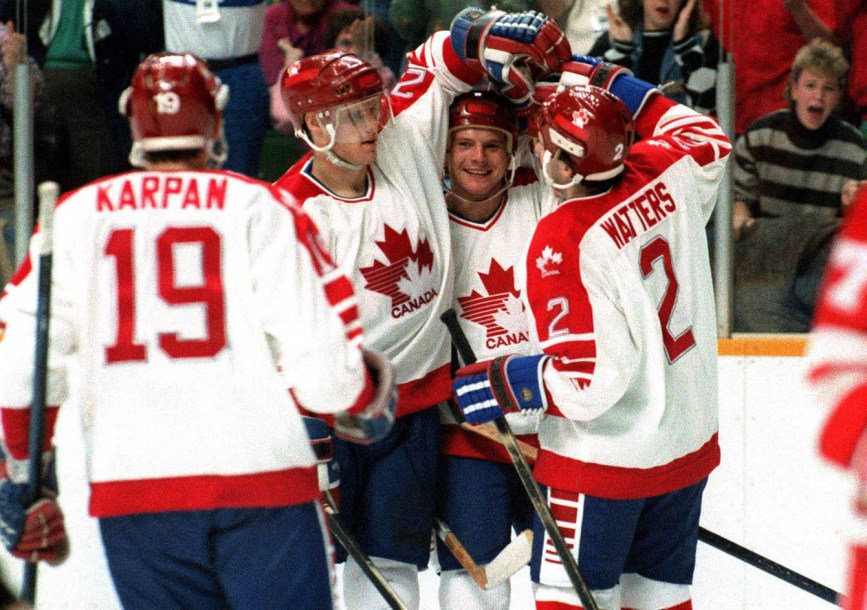 Two-time Olympian Randy Gregg played hockey for Canada at Lake Placid 1980 finishing sixth, and Calgary 1988, where he was team captain and finished just off the podium in fourth.

Gregg entered university at the age of 16 and was already in medical school at the University of Alberta in 1975 when he decided to try out for the hockey team. Playing defence from 1975-79, Gregg won two national championships and was awarded the best intercollegiate player. From the day Gregg graduated with his medical degree until he entered his final year of residency, it was 13 years to the day. Over those years, he represented Canada in the Olympics twice, coached in Japan, won the Canada Cup and five Stanley Cups (1984, 1985, 1987, 1988, 1990). Never drafted, Gregg was signed as a free agent by the National Hockey League’s (NHL) Edmonton Oilers in 1982. With the exception of a brief stint with the Vancouver Canucks during the 1991-92 NHL season, Gregg played with the Oilers for his entire NHL career. He appeared in 474 NHL games, had 41 goals and 152 assists for 193 points and 333 penalty minutes. Gregg also appeared in 137 playoff games, with 13 goals and 40 assists for 53 points.

Following his retirement from hockey, Gregg returned to his medical studies and began his career as a physician, operating a successful sports medicine practice in Edmonton. He briefly worked in television as a color commentator for NHL games in 1994-95. Married to two-time Canadian Olympic speed skater Kathy Vogt (Innsbruck 1976, Lake Placid 1980), together they had four children, all built for speed, two of which are Olympians (short track speed skater Jamie, long track speed skater Jessica who won a 3000m relay silver medal at Vancouver 2010). Gregg founded the non-profit organization Funteam, built in the spirit of Father Bauer which offered an alternative to traditional kid’s sports organizations.

The Dr. Randy Gregg Award is given annually by Canadian Interuniversity Sport to an academically and athletically talented student-athlete in ice hockey in his honor. He was inducted into the Canadian Olympic Hall of Fame in 1999.