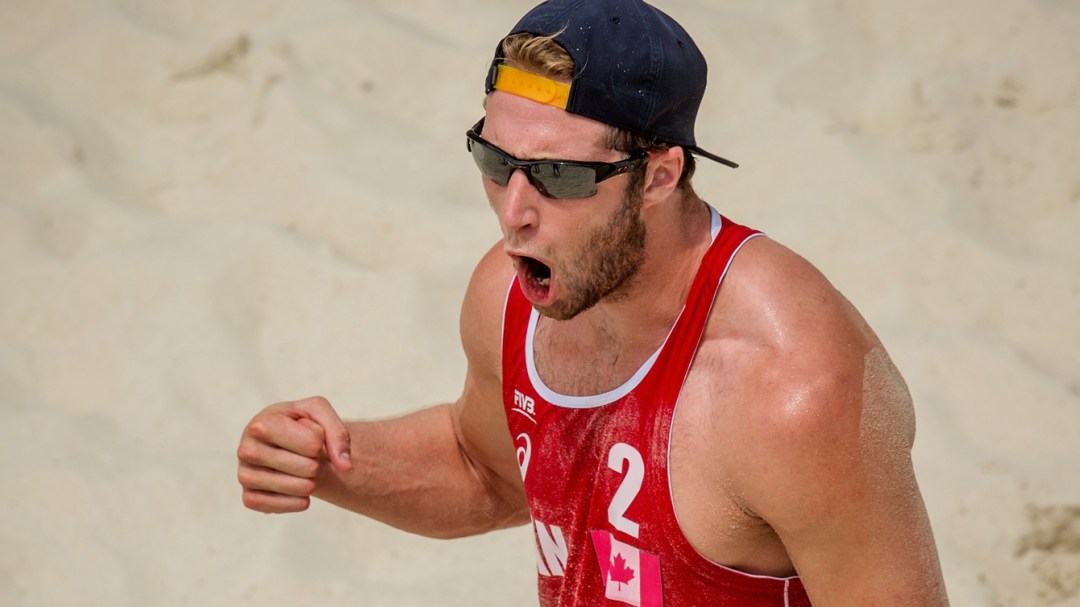 Since teaming up in 2013, Sam Schachter and Josh Binstock have stood on the podium at four FIVB World Tour events, highlighted by a gold medal at the 2014 Parana Open. In 2015 they finished second at the Major Series tournament in Porec, Croatia, earning their largest single prize payout. It was the first time a Canadian men’s team had reached the podium in a major FIVB World Tour event since 1997. They posted their best result in a Grand Slam event when they finished fourth in Sao Paulo in 2014. Schachter and Binstock made their FIVB World Championship debuts in 2015 where they finished ninth as Canada’s top-ranked men’s team. Wanting to experience a multi-sport Games atmosphere, they decided  to compete at their first Pan Am Games on home sand in Toronto. After dropping their quarterfinal match, they were unable to play in the classification matches due to a back injury Schachter had suffered. In 2016, they posted two fifth place finishes on the FIVB World Tour before finishing second at the Cincinnati Open in May. They went on to compete at Rio 2016. The duo had been crowned national champions in 2014 and competed together at the 2013 Maccabiah Games. Schachter previously achieved a career highlight in 2010 when he won the FIVB World Junior (U-21) Championship with Garrett May.

Family: Parents Jon and Doris Schachter… Older brother Nathan… Getting into the sport: Started playing beach volleyball at age 15 because he had a good teacher who helped him fall in love with the game… Outside Interests: Enjoys playing golf, watching movies, reading…  Vacations in Florida and visits family during the off-season… Earned his Bachelor of Arts in Communications Studies at Wilfrid Laurier University… Small business owner of On2 Volleyball… Odds and Ends: Inspired by John Child and Mark Heese, the only Canadians to win an Olympic beach volleyball medal… Sometimes collects sand from the tournaments in which he plays… Has a lucky wrist band…

As a teenager, Chaim Schalk asked his father to invest in his future beach volleyball career by building a sand...