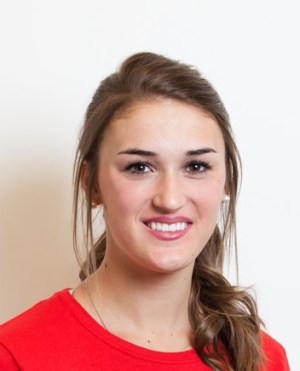 Taylor Pischke has been a rising star on the beach volleyball circuit since making her international debut with Melissa Humana-Paredes at the 2012 FIVB World Junior Championships where they finished fifth. The duo then won back-to-back bronze medals at the 2013 and 2014 FIVB World Under-23 Championships. Also in 2014, they won the NORCECA Continental Championship and posted a fifth place finish in the FIVB World Tour Grand Slam event in Sao Paulo. Pischke has also played indoor volleyball with the University of Manitoba Bisons.

Family: Father Garth Pischke is a two-time Olympian (1976, 1984) in volleyball… Mother Cindy Pischke is a former junior national volleyball team member… Older brother Dane played volleyball at the University of Manitoba… Getting into the Sport: Started playing beach volleyball at age 14 while spending summers at Grand Beach in Manitoba… Outside Interests: Third year of her biological sciences studies at the University of Manitoba where she is in the pre-medicine program… Volunteers with the Winnipeg Humane Society as a fundraiser and dog walker…