The Rio 2016 Opening Ceremony is almost upon us.

Inevitably, there will be comparisons to the ceremonies that came before. But unlike what we’ll watch over the following 16 days, it is not a competition. Each Opening Ceremony stands on its own merits and memorable highlights. Here are some of my favourite moments from almost three decades of being an Olympic fan.

My memories of Seoul 1988 are vague at best, so I’ll start with Barcelona 1992 which had one of the most creative cauldron lightings ever when Paralympic archer Antonio Rebollo shot a flaming arrow high into the night sky.

But before that, the Parade of Nations was historically significant. South Africa was back at the Games for the first time since 1960 following the end of apartheid. There was one reunified Germany after the fall of the Berlin Wall. The Soviet Union was no more, allowing Estonia, Latvia and Lithuania to march independently while the remaining republics formed the Unified Team. It was a time of major change in the geopolitical world and the Parade of Nations reflected that. 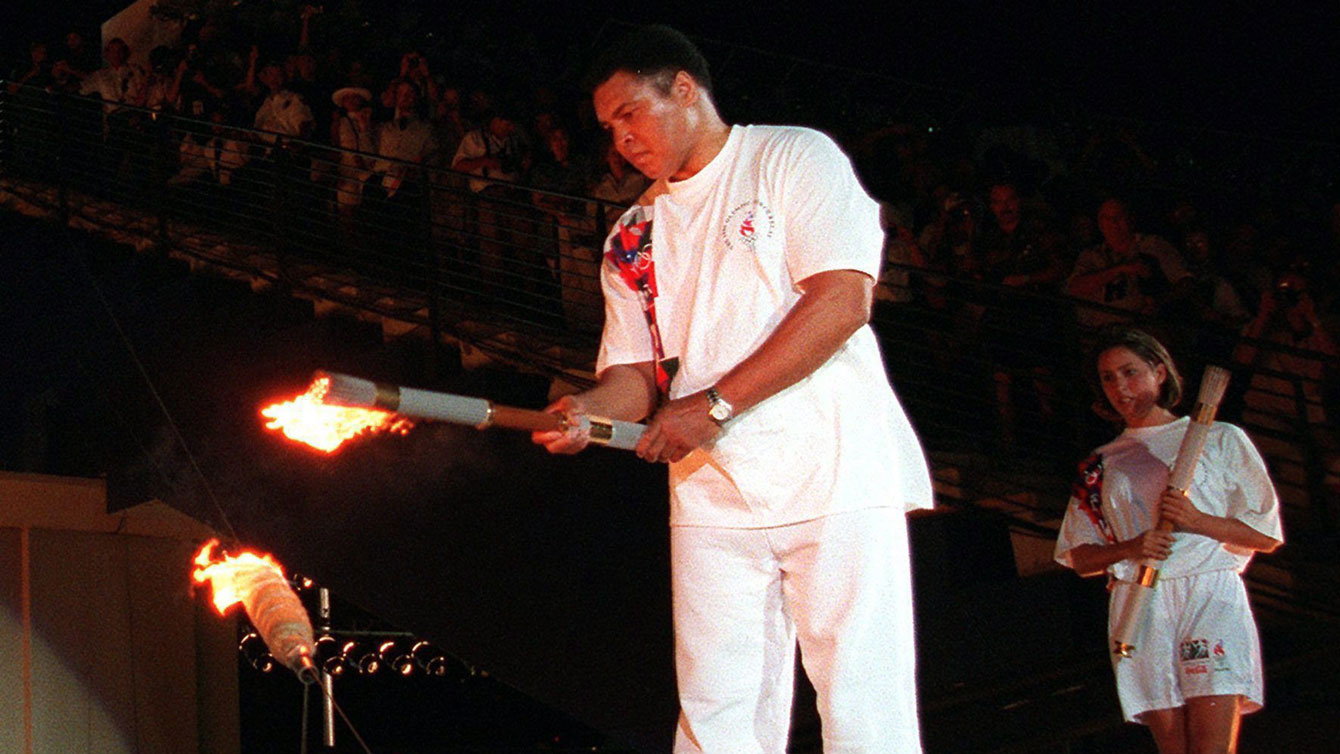 Muhammad Ali lights the Olympic flame in Atlanta on July 19, 2016.

This Opening Ceremony had two standout pieces of music.

If you’re young enough, you may only recognize Summon the Heroes as an Olympic theme, not as the orchestral piece composed especially for the Games by the incredible John Williams.

And before she took the U.S. by storm with the Titanic theme My Heart Will Go On, Celine Dion powered through the Power of the Dream, written by fellow Canadian David Foster.

But of course the climax was when Muhammad Ali took the torch handoff from swimmer Janet Evans to light the Olympic cauldron.

The music from this ceremony was so good that I actually bought the soundtrack on CD.

It had perhaps the best performance of any national anthem ever.

Vanessa Amorosi hit notes I didn’t know were possible in Heroes Live Forever as a giant sheet used as a projection screen crossed over the athletes.

Tina Arena was equally outstanding in singing The Flame to welcome the torch relay.

And there was another inspiring cauldron lighting courtesy of Cathy Freeman standing in a circular pool of water.

What sticks out in my memory is the unique situation in the Parade of Nations. As the first Olympic host, Greece always marches first. But as the current Olympic host, Greece was also supposed to march last. How to solve that problem? Flagbearer Pyrros Dimas led the parade and then went back to join the rest of his teammates at the end.

This was truly a spectacle. I think we all knew we were in for something special when the show began with 2008 drummers.

Later, the philosophy of Confucius and the evolution of Chinese characters, demonstrated by the perfect synchronized movements of 897 blocks, which (spoiler alert!) each had a person inside.

And then gymnast Li Ning was lifted high into the air on a wire and ran along the upper wall of the stadium while carrying the flame toward the cauldron which only came into view when he arrived.

Oscar-winning director Danny Boyle’s Isles of Wonder was truly wonderful, from the walk through British history, beginning with the green fields and live animals, before transitioning to the Industrial Revolution and into the 1960s.

Who could forget the water cooler moment when James Bond met the Queen at Buckingham Palace and the two parachuted into the Olympic Stadium?

Or Rowan Atkinson getting bored and dreaming his way into the iconic Chariots of Fire beach run?

Whatever Rio 2016 has cooked up for Friday night, there will surely be a moment or two (or more) to add to this list!