Canada is sending one of its strongest figure skating teams ever to next month’s Olympic Winter Games.

Here is who is headed to PyeongChang 2018: 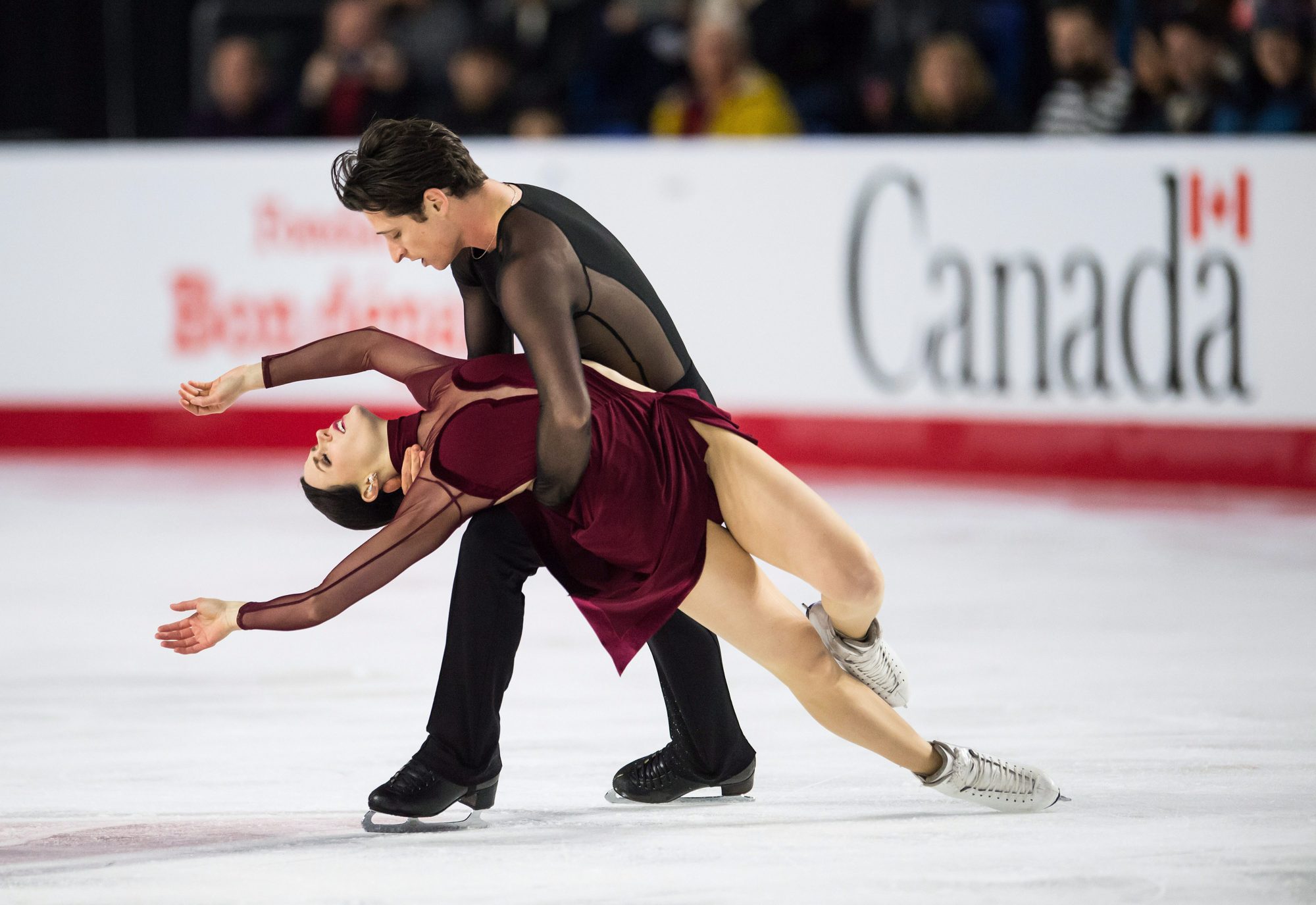 Tessa Virtue and Scott Moir will make their anticipated return to the Olympic stage with their eyes squarely on their second ice dance gold medal. The duo’s display of passion and emotion on the ice has not only won over the hearts of figure skating fans everywhere, but has also won Virtue and Moir gold at almost every event for two consecutive years.

Upon their return from a two-year break after Sochi 2014, the three-time Olympic medallists won their third world title in 2017, followed by their eighth national title this past weekend.

Virtue and Moir will undoubtedly skate their heart out in PyeongChang for the chance at a fairytale ending to their spectacular comeback.

Joining them will be Kaitlyn Weaver and Andrew Poje as well as Piper Gilles and Paul Poirier. Sochi 2014 Olympians Weaver and Poje claimed back-to-back world medals in 2014 and 2015. They finished fourth at the world championships by less than half a point in 2017.

Gilles and Poirier turned their disappointment from not qualifying for Sochi 2014 into fuel for the last four years, which saw them place in the top eight at every world championship since. While Gilles will be making her Olympic debut, Poirier is returning for the first time since Vancouver 2010 where he competed with his former partner. 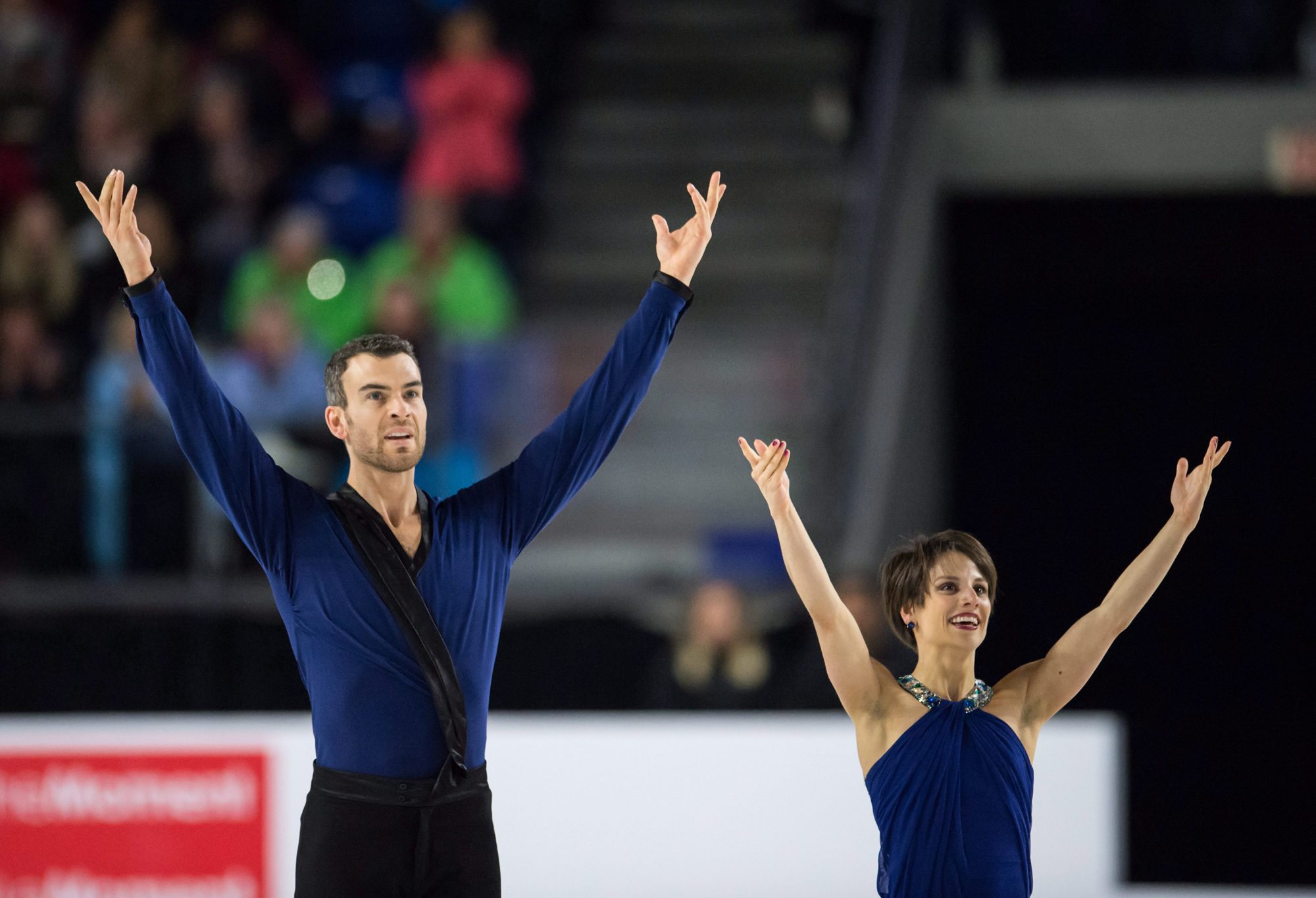 Eric Radford, left, and Meagan Duhamel pause on the ice after performing their free program during the senior pairs competition at the Canadian Figure Skating Championships in Vancouver, B.C., on Saturday January 13, 2018. THE CANADIAN PRESS/Jonathan Hayward

Leading the pairs pack will be two-time world champions and seven-time national champions Meagan Duhamel and Eric Radford. This decorated pair left Sochi 2014 with silver medals around their necks from the team event, but still with a hunger for Olympic gold. Highlights from this season were their victory at Skate Canada International and their fourth straight medal at the Grand Prix Final.

Competing alongside them at PyeongChang 2018 will be Julianne Séguin and Charlie Bilodeau as well as Kirsten Moore-Towers and Michael Marinaro. 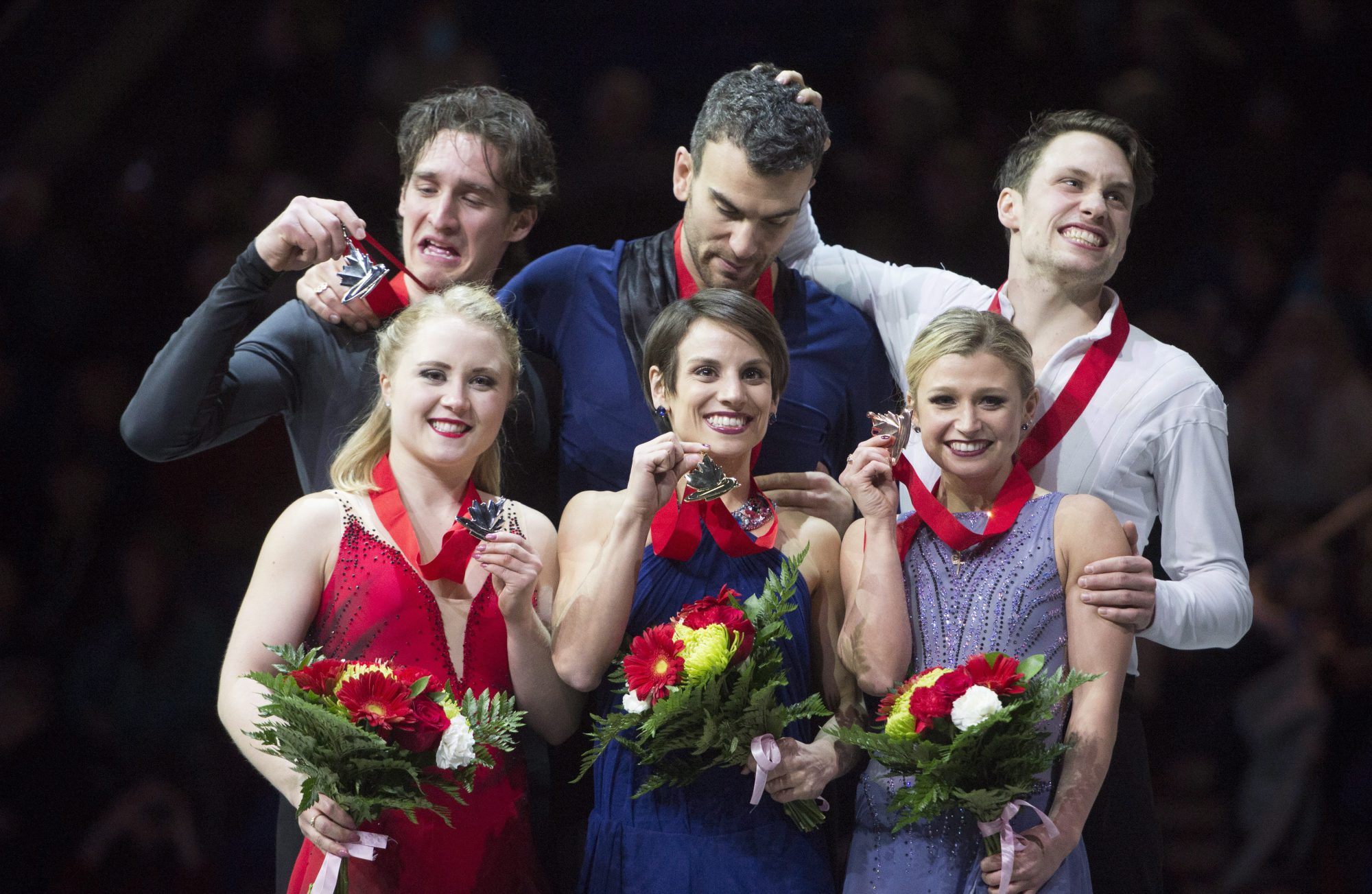 Séguin and Bilodeau are a thrilling young team who will make their first Olympic appearance. They had a stellar junior career, highlighted by a victory at the Junior Grand Prix Final in 2014 and a silver at the world junior championships in 2015. Their first couple of seasons as senior competitors were marred by injury problems, but they were spectacular in winning silver at the 2018 Canadian Championships.

Moore-Towers, who was part of Canada’s silver medal-winning team at Sochi 2014, returns to the Games with a new partner in Marinaro. They’ve won a couple of Grand Prix medals together, including a bronze this season at the Cup of China. 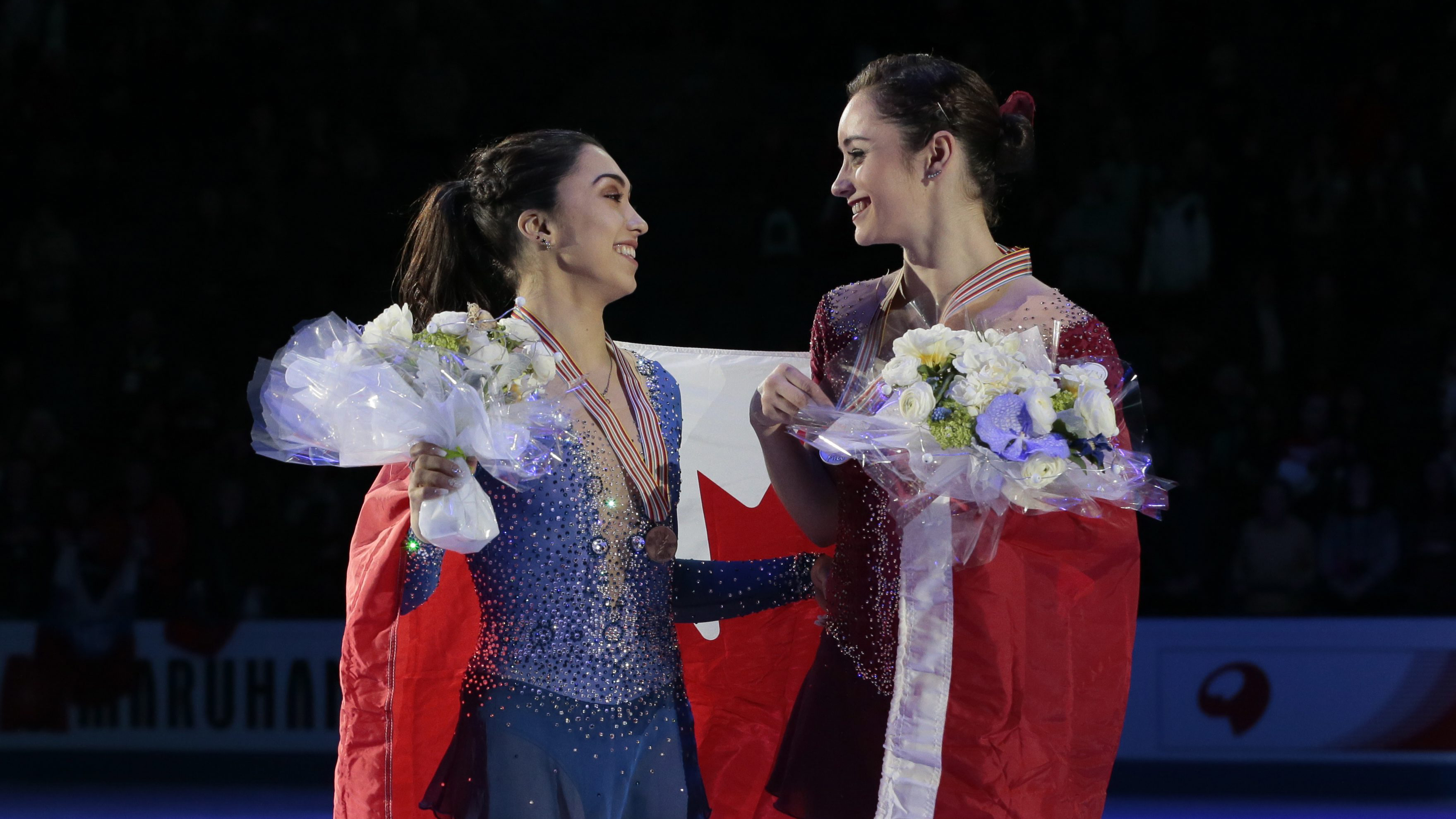 Kaetlyn Osmond, right, and Gabrielle Daleman, both of Canada, smile posing with their silver and bronze medals and the national flag during victory ceremony at the World Figure Skating Championships in Helsinki, Finland, on Friday, March 31, 2017. (AP Photo/Ivan Sekretarev)

Last season, Kaetlyn Osmond and Gabrielle Daleman made history by becoming the first Canadian women to share the podium at the world championships. Osmond took silver while Daleman claimed bronze. Both are now headed to their second Olympic Games. 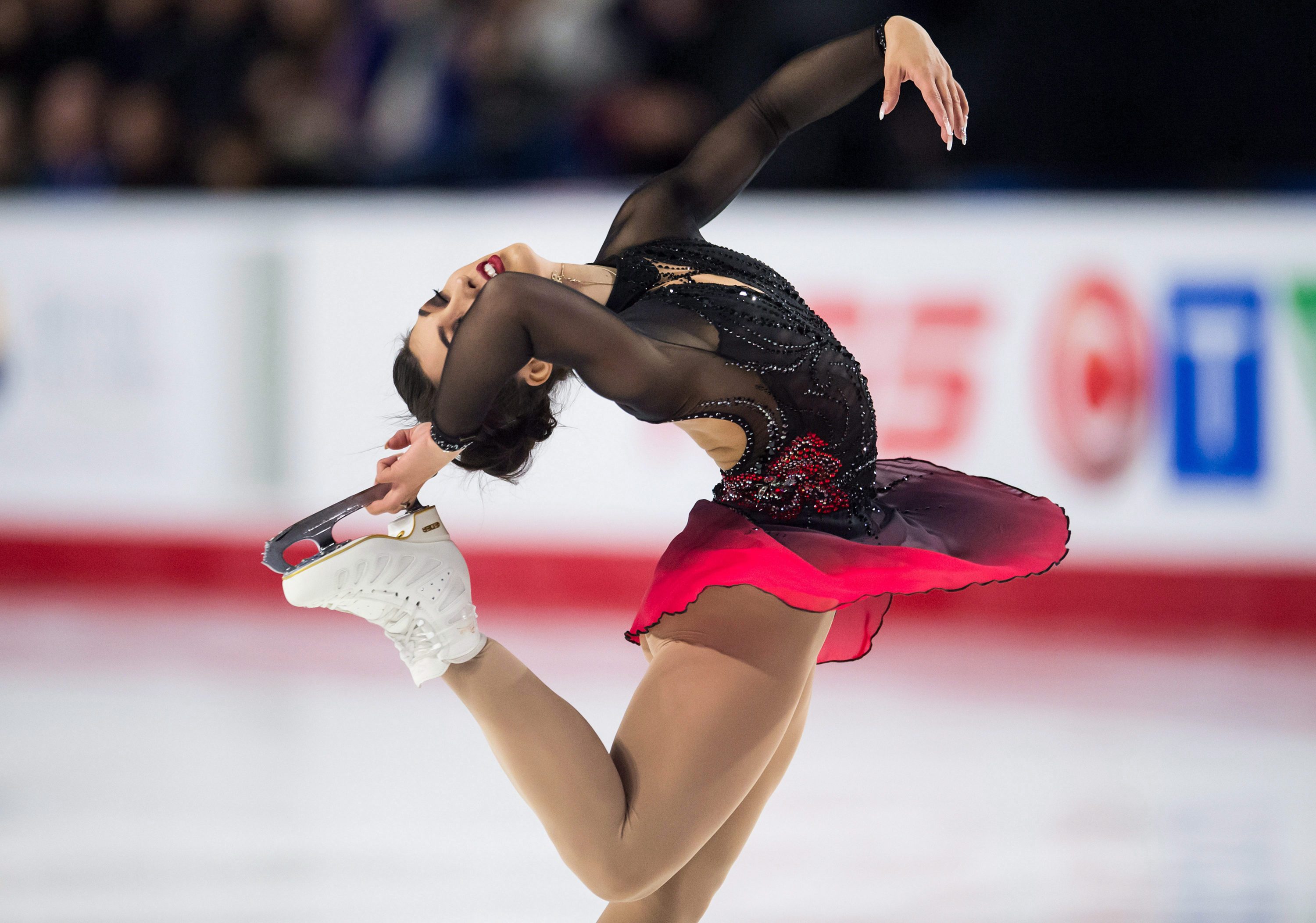 Gabrielle Daleman, of Newmarket, Ont., performs her short program during the senior women’s competition at the Canadian Figure Skating Championships in Vancouver, B.C., on Friday January 12, 2018. THE CANADIAN PRESS/Jonathan Hayward

This weekend it was Daleman who was the star, winning her second national title on her 20th birthday with a Canadian record score despite battling a bout of pneumonia. She was well-trained for that, having competed through various illnesses all season.

In Sochi, Osmond won silver in the team event but is looking for some solo hardware after a spectacular fall Grand Prix season. She won gold at Skate Canada International and made her second straight appearance at the Grand Prix Final where she won bronze. 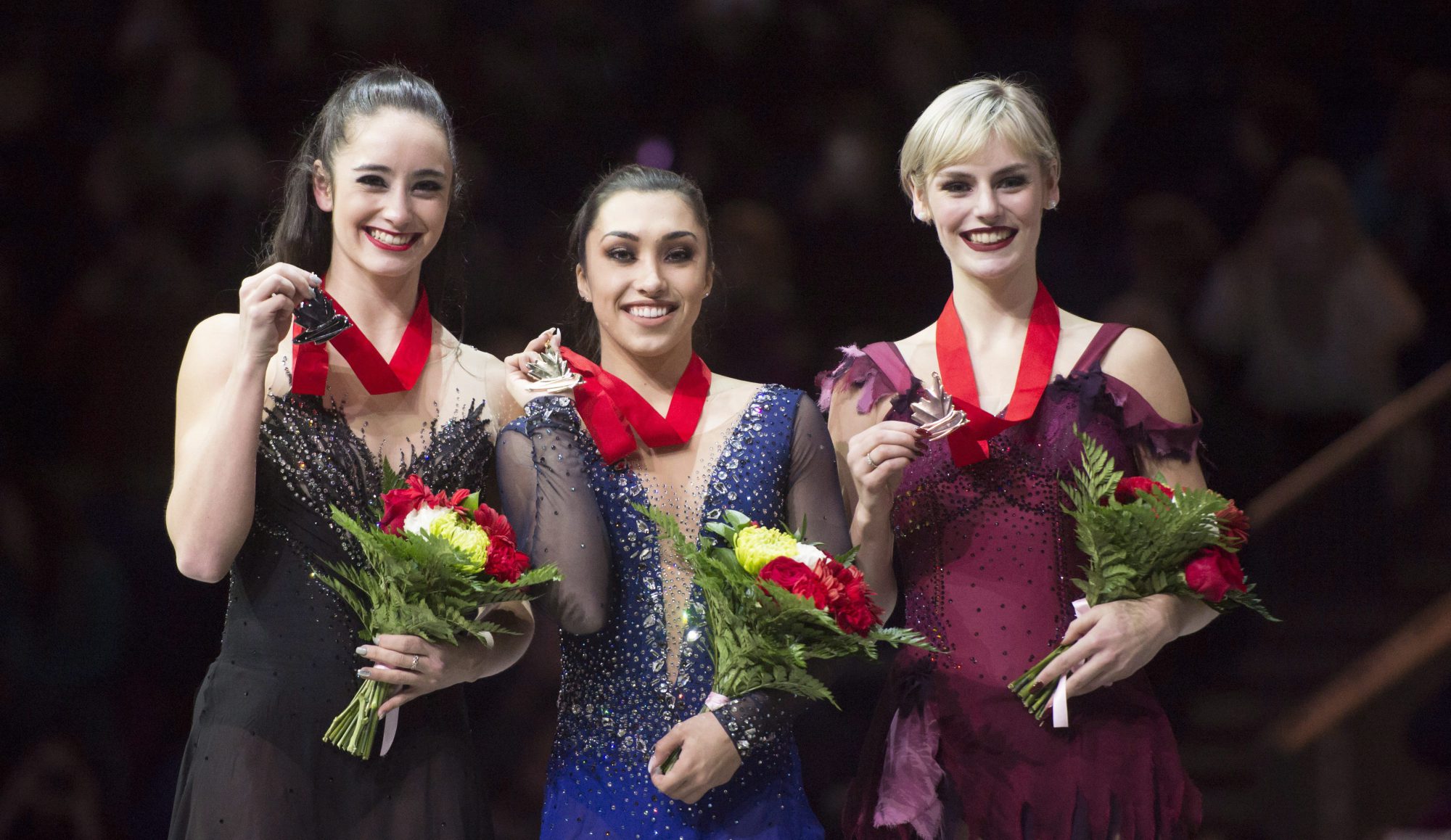 Rounding out the women’s team is Larkyn Austman. She served as a flower retriever at Vancouver 2010 and will now live out her dream of competing on Olympic ice. Austman was junior national champion back in 2013 and this weekend stood on the national podium for the first time as a senior, winning bronze with two of her best performances. 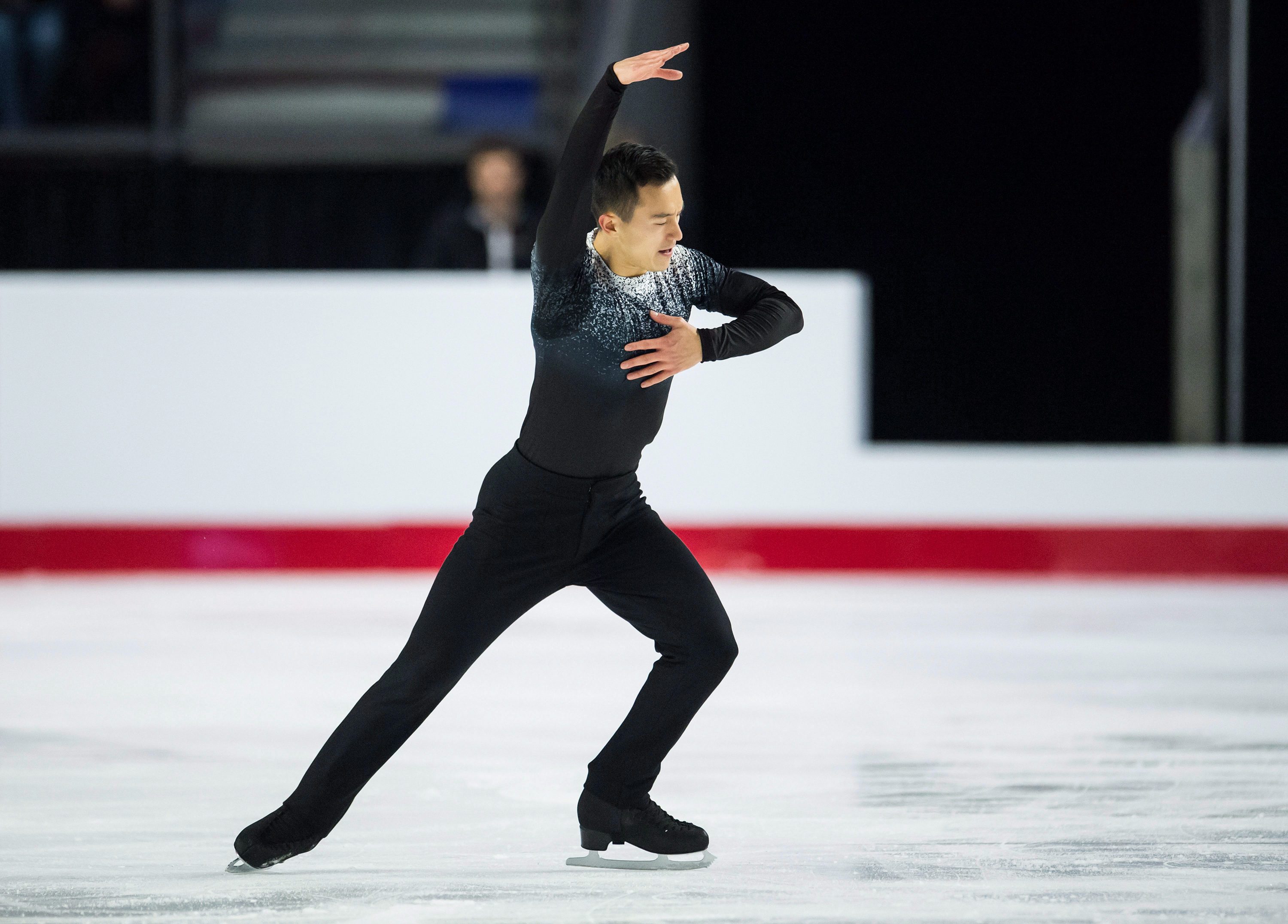 Patrick Chan, of Toronto, Ont., performs his short program during the senior men’s competition at the Canadian Figure Skating Championships in Vancouver, B.C., on Friday January 12, 2018. THE CANADIAN PRESS/Jonathan Hayward

Making his third and final Olympic appearance will be one of Canada’s greatest male figure skaters ever, Patrick Chan. Coming off his record 10th national title, he’s put his focus on having clean skates in PyeongChang in hopes of helping Canada win gold in the team event.

The three-time world champion doesn’t have quite the quad firepower of the world’s current top-ranked men, but at the Olympic Games, anything can happen. 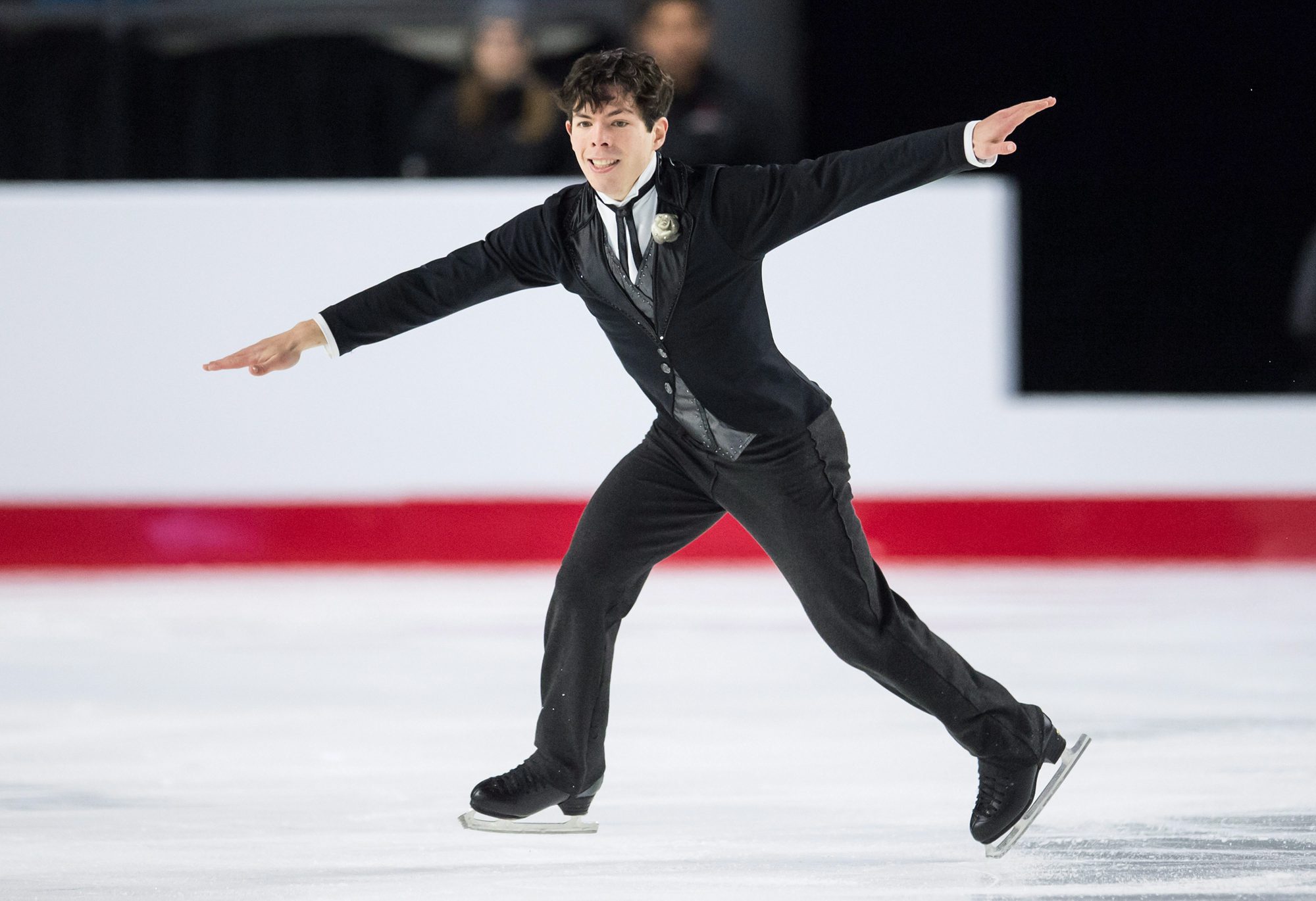 Making his Olympic debut will be Keegan Messing, fresh off a silver medal at the Canadian championships. The charismatic skater is a natural entertainer who also has the technical goods. He placed an impressive fifth at NHK Trophy this fall, his first Grand Prix event on foreign ice.