Canadian women end preliminary round with win over rival Americans

Team Canada’s women’s ice hockey team completed the preliminary round of PyeongChang 2018 with a 2-1 victory over the United States on Thursday at Kwandong Hockey Centre.

The victory gives Canada a perfect 3-0 record heading into the playoff round. Both the Canadians and Americans were 2-0 heading into the game and had already earned spots into Monday’s semifinals. 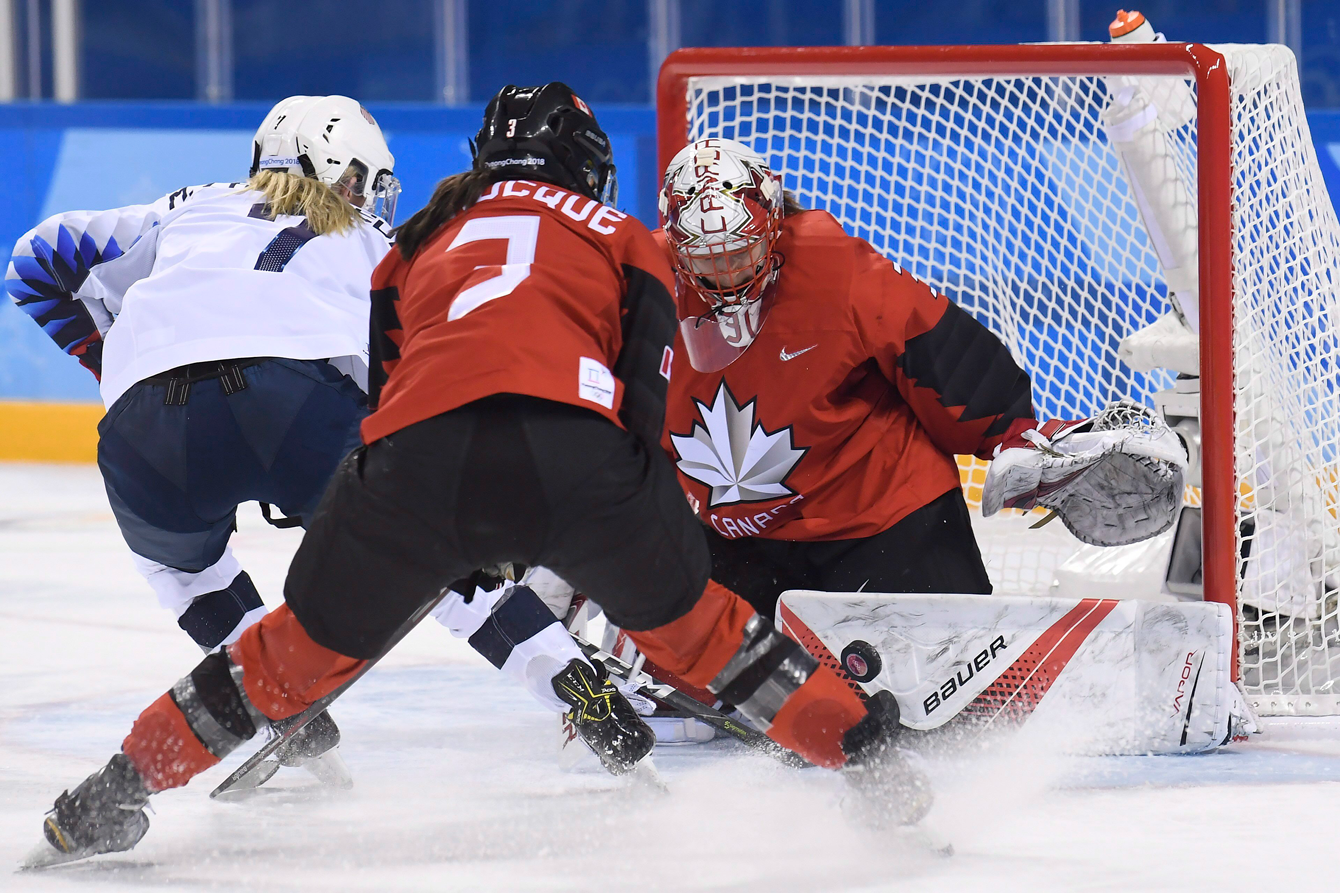 Hilary Knight nearly opened the scoring for the Americans just over four minutes into the first period. After the Canadians were caught on a line change, Knight went in alone but was stopped by Lacasse. The United States had the better scoring chances in the first half of the opening frame, capitalizing on some Canadian turnovers.

With 3:15 remaining in the first, Brigette Lacquette fired a backhand shot past Rooney, but the whistle had gone and Canada was called for a crease violation, resulting in the goal being waved off by the officials. 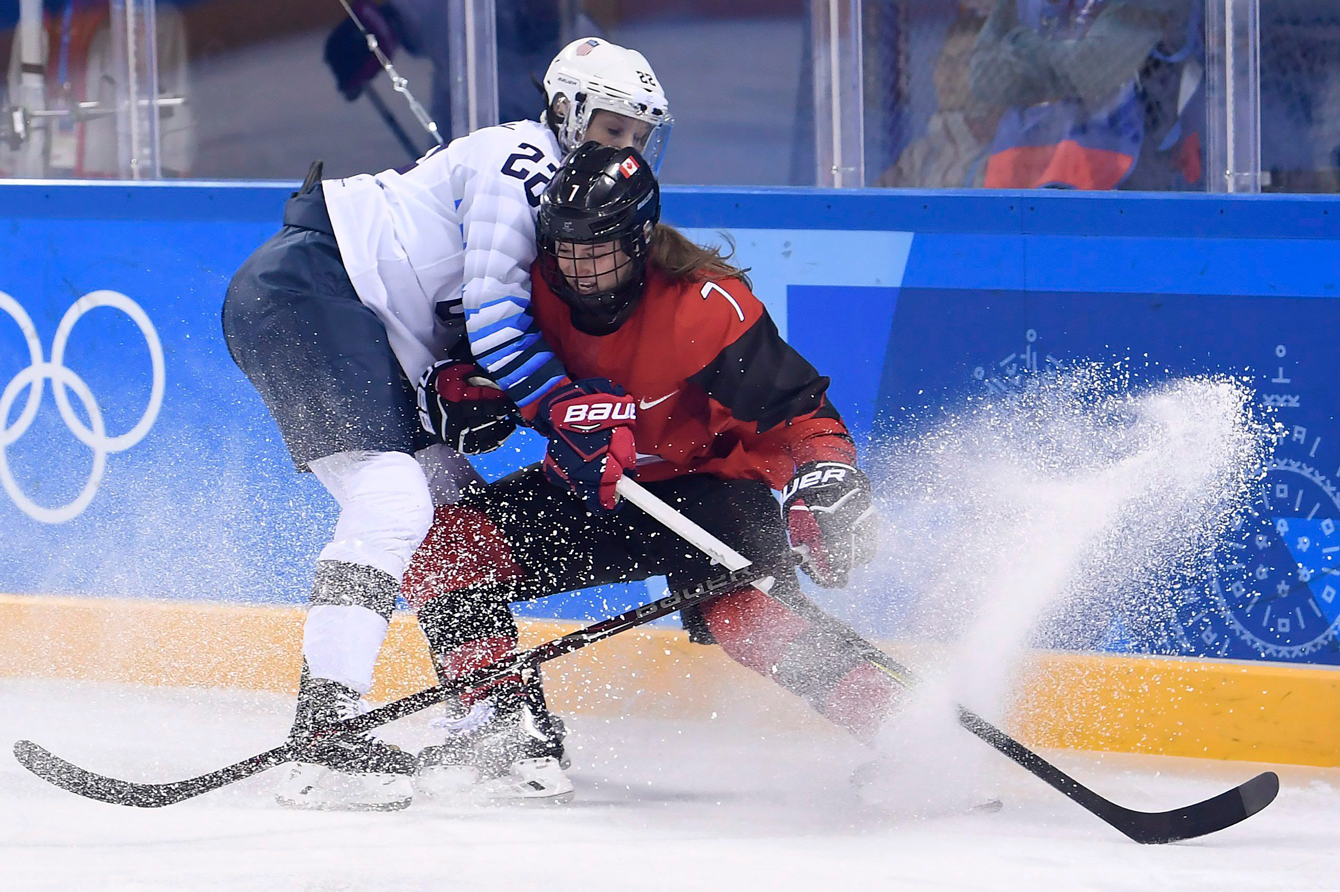 Canada headed to a power play 5:48 into the second after Megan Keller took down Marie-Philip Poulin along the boards. At 7:18, Agosta crept down from the point and into the slot, allowing her to fire a Natalie Spooner pass past Rooney, giving Canada a 1-0 lead.

Moments after Agosta’s goal, Jocelyne Lamoureux nearly tied the game with a slap shot that beat Lacasse. Fortunately for Canada, the puck hit the post and stayed out.

Canada took a 2-0 lead at 14:56 when Nurse fired a shot through a small screen and beat Rooney top shelf. The goal was the first of Nurse’s Olympic career. 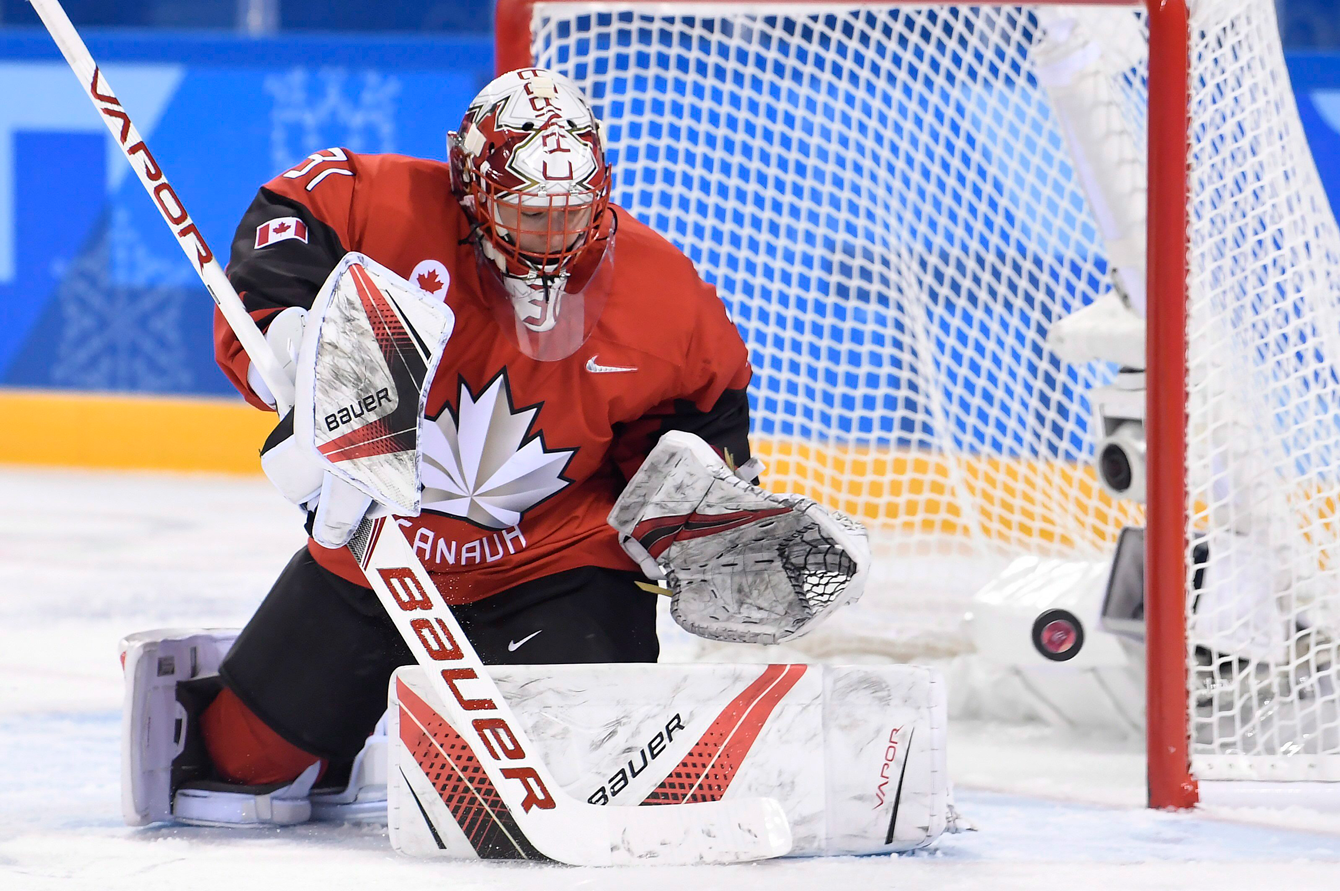 Canada goaltender Genevieve Lacasse (31) makes a save against the United States during second period preliminary round women’s hockey action at the 2018 Olympic Winter Games in Pyeongchang, South Korea, on Thursday, February 15, 2018. (THE CANADIAN PRESS/Nathan Denette)

With 3:52 remaining in the middle frame, Jocelyne Lamoureux was awarded a penalty shot but had her backhand chance stopped by the blocker of Lacasse.

Just 23 seconds into the third, Coyne sped through the Canadian defence and beat Lacasse five hole with a low wrist shot, getting the Americans on the board and within one. The goal gave the Americans a lot of momentum as they dominated puck possession for for several stretches of the third.

With 9:08 remaining in the third, Spooner was behind the net and threw the puck in front where it hit the skate of Haley Irwin and past Rooney. The officials ruled it to be a good goal at the time but, after video review, declared there was a kicking motion and waved the goal off.

The Americans pressed hard for an equalizer in the final couple minutes but could not convert on a plethora of scoring chances.

Canada has now won five straight Olympic games against the rival Americans, which includes two victories at Sochi 2014. The last time the United States defeated Canada at a Winter Games was at Nagano 1998.