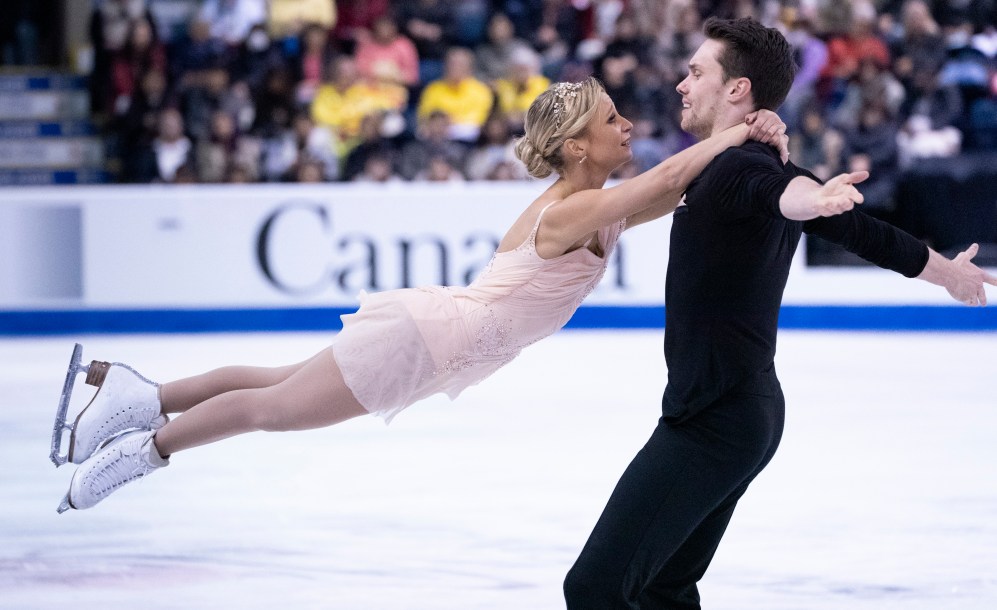 Canadian figure skaters will finally be back on competitive ice this week, after more than a year since most performed live in front of judges.

The 2021 World Figure Skating Championships begin on Wednesday, March 24 in Stockholm, Sweden with competition running through Saturday, March 27. It will be the first global gathering for figure skaters since before the pandemic, which caused the cancellation of the 2020 Worlds that should have taken place in Montreal just five days before the start of the event.

That was hardly the last event to be impacted by COVID-19, creating a most unusual season.

The ISU Grand Prix series — which usually consists of six fall international competitions in Canada, China, France, Japan, Russia and the United States — became domestic events, allowing only skaters who lived and trained in that country to compete. However, Skate Canada International and the Internationaux de France were ultimately cancelled in prudence for the health and safety of all involved while the other events went on. 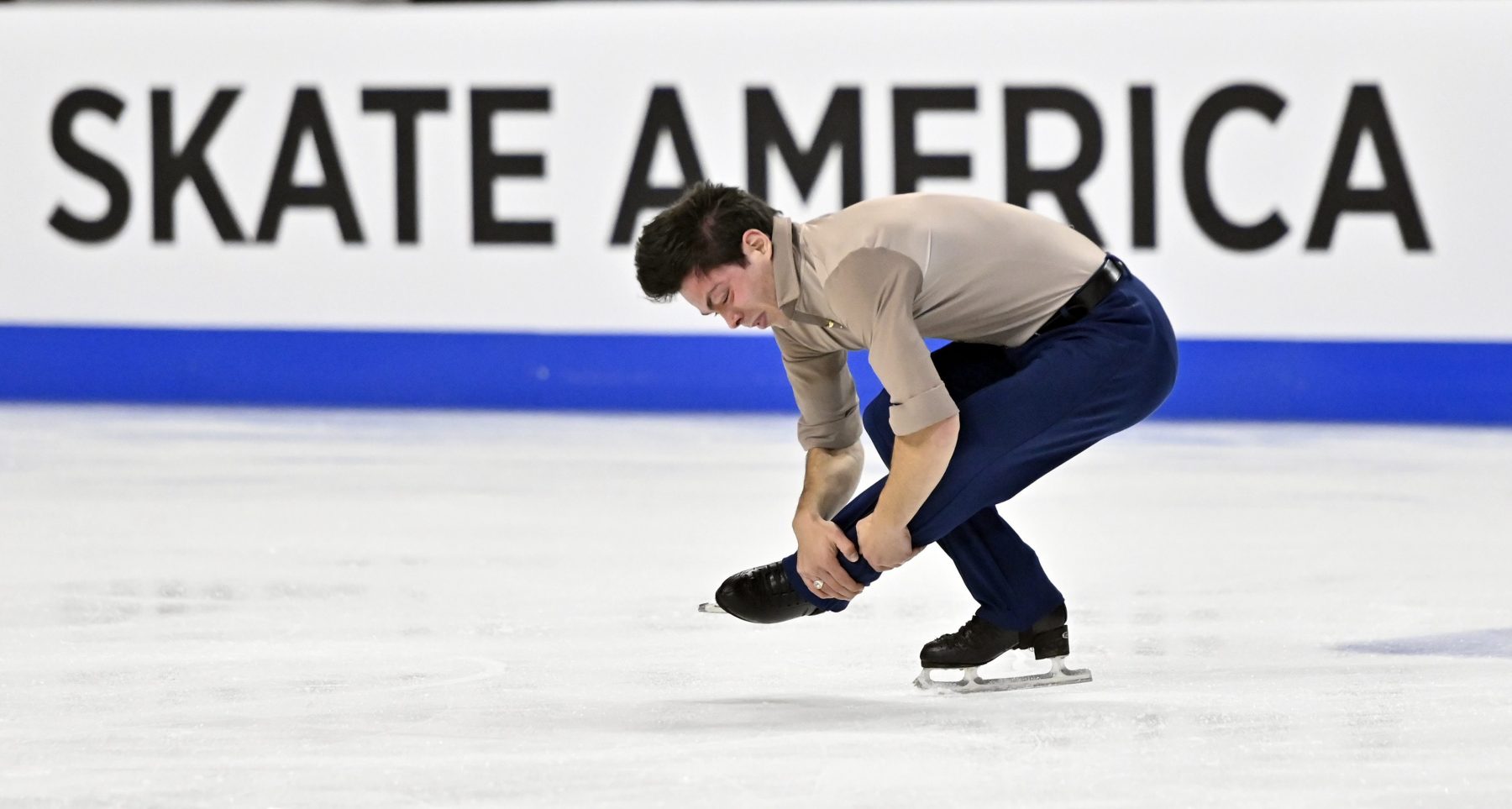 Later in the fall, the Skate Canada Challenge (which serves as a qualifier for the annual Canadian Tire National Skating Championships) was revised as a virtual event. Hubs were set up throughout the country for skaters to perform in front of a videographer and officials. In early January, Skate Canada produced an online live stream during which a panel of judges scored the programs from their own locations.

By mid-January, though, it became clear that it would not be possible to hold nationals in the midst of so many different restrictions, lockdowns and curfews across the country, so they were cancelled as well.

While there is much anticipation about seeing Canadian figure skaters compete again, this year’s worlds are also particularly exciting because Olympic qualification is at stake.

Let’s take a look at the skaters who will be representing our country at these championships and how they can earn Team Canada quota spots for the Beijing 2022 Olympic Winter Games:

Keegan Messing
Keegan Messing, Canada’s lone entry in the men’s event, will be making his third appearance at worlds, previously placing eighth in 2018 and 15th in 2019. A three-time medallist at the national championships, he also placed 12th in his Olympic debut at PyeongChang 2018.

A dual citizen who lives and trains in Anchorage, Alaska, Messing is the only Canadian figure skater to have competed in a live event during the 2020-21 season. As he is based in the United States, he was able to compete at the 2020 Skate America Grand Prix event held in Las Vegas in October, where he won the bronze medal.

Madeline Schizas
Madeline Schizas was the decisive winner of the virtual 2021 Skate Canada Challenge where she won the free program by more than 10 points. Schizas was the bronze medallist at the 2020 Canadian Championships after winning silver at the junior level in 2019. The 18-year-old, who trains in Milton, Ontario, had a tremendous season in 2020, winning the Bavarian Open in Oberstdorf, Germany at the junior level, and then the bronze medal at the Challenge Cup 2020 in Den Haag, Netherlands at the senior level. She will be making her ISU Championships debut this week in Sweden.

Kirsten Moore-Towers & Michael Marinaro
Kirsten Moore-Towers and Michael Marinaro, the two-time reigning Canadian champions, will be competing at their fourth worlds together. Their highest placement was sixth in 2018, which followed their first Olympic Winter Games as a pair where they placed 11th. Moore-Towers and Marinaro, who train in Oakville, Ontario are twice medallists at the ISU Four Continents Championships. They were having a career-best season in 2019-20, winning the Nebelhorn Trophy followed by two silver medals on the Grand Prix circuit and their first trip to the Grand Prix Final in late 2019, before the worlds on home ice were cancelled.

“It’s been a difficult road to get here but sometimes the most difficult events that we’ve had, have turned out to be the most successful. We’ve thrived in adversity before and I do believe that we have the ability to do it again. I hope this is just another mark in our story, another lesson learned,” Moore-Towers said in a pre-worlds conference call. “We hope to keep continuing to gather these lessons and use that experience to our advantage.”

“With the way the preparations have been going the last two months, we’re definitely ready to step right in to where we left off, and even a step higher, so hopefully that momentum continues and the judges don’t forget about the momentum we created last season”, added Marinaro.

Evelyn Walsh & Trennt Michaud
Evelyn Walsh and Trennt Michaud, twice Canadian silver medalists, will be looking to improve on their 12th place finish from their worlds debut in 2019. The duo, who train in Brantford, Ontario, placed 6th at the 2020 ISU Four Continents Championships, where they earned personal bests in the short program, free program and total score.

Piper Gilles & Paul Poirier
Piper Gilles and Paul Poirier won their first national title in 2020, the sixth straight year they stood on the podium. Training out of Scarborough, Ontario, they will compete at their eighth world championships together this week, hoping to elevate from their career-best sixth place in 2018. Gilles and Poirier, who placed eighth at PyeongChang 2018, were also having a career-best season in 2019-20, with a first place finish at the Autumn Classic International, followed by their first ever ISU Grand Prix gold medal at the 2019 Skate Canada International. A silver medal at the Rostelecom Cup earned them their second career trip to the Grand Prix Final where they finished fifth. They won a thrilling silver medal at the 2020 Four Continents Championship, just weeks before the 2020 Worlds in Montreal were cancelled.

“We’re training exactly like we were training before Montreal Worlds. We feel exactly as ready, if not better than we were a year ago.” Gilles commented in a pre-Worlds conference call. “We just need to expect the unexpected and do our jobs, and enjoy being able to perform again because at the end of the day, that’s why we skate.”

“We’re so excited after almost 14 months of not competing to finally get back out there. I think we’ve been very clear during all of last season and this season that our goal is to be on the world podium. We’ve done all the training required and now it’s a matter of managing our energy and managing our brains so that we can perform at our best in the competition” added Poirier.

Laurence Fournier Beaudry & Nikolaj Sørenson
Laurence Fournier Beaudry and Nikolaj Sørenson, who train in Montreal under the tutelage of Marie-France Dubreuil & Patrice Lauzon at their renowned ice dance academy, are a relatively new dance team in Canada, although they are not new on the world scene. They previously represented Sørenson’s homeland of Denmark, but when the Quebec-born Fournier Beaudry was unable to get Danish citizenship to compete at the 2018 Olympic Winter Games, they asked to be released from the Danish federation and began skating for Canada. Sørenson hopes to obtain his Canadian citizenship in time for the Beijing 2022 Olympic Winter Games.

Fournier Beaudry and Sørenson won bronze at the 2019 Canadian Championships and followed that up by winning the 2019 Nebelhorn Trophy, their first international victory while skating for Canada, as well as two bronze medals on the 2019 Grand Prix circuit. They were unable to compete at the 2020 Canadian Championships due to a Sørenson knee injury but came back to win silver at the virtual 2021 Skate Canada Challenge.

Marjorie Lajoie & Zachary Lagha
Marjorie Lajoie and Zachary Lagha are making their senior debut at the ISU World Championships after an extraordinary junior career during which they won the national junior title three times, placed fourth at the Lillehammer 2016 Winter Youth Olympic Games, and were crowned 2019 World Junior Champions. Lajoie and Lagha, who also train with Dubreuil and Lauzon, won the silver medal at the 2020 Canadian Championships, their first at the senior level. They placed third at the virtual 2021 Skate Canada Challenge.

The 2021 World Championships will be the primary qualification event for figure skating for Beijing 2022. Skaters’ results will determine how many entries their country will have in each event at the next Olympic Winter Games.

To qualify two quota spots, the total placement for two skaters/teams must equal 14-28.

In an event where a country only has one entry, a top two finish will earn three quota sports while anything else in the top 10 earns two quota spots.

In all of the above scenarios, a country earning two or three Olympic quota spots in a discipline will also be required to have had the same number of entries at 2021 Worlds qualify for the free program (ie: top 24 in men’s and women’s singles, top 20 in pairs and ice dance).

Once these multiple quotas have been allocated, the next highest ranked skaters/teams will earn a single quota spot for their country until the maximum for that event has been reached. From the worlds, 24 of the 30 total places available in the men’s and women’s singles will be allocated, along with 16 of the 19 pairs spots and 19 of the 23 ice dance spots.

The remaining Olympic quota spots will be awarded at the Nebelhorn Trophy in Germany in September 2021. A country that does not qualify any spots in a particular event at the world championships can take a shot at earning one spot in that event. Additionally, if a country had the point total to earn multiple quotas but did not have that same number advance to the free program at worlds, this is where those extra spots can be claimed. 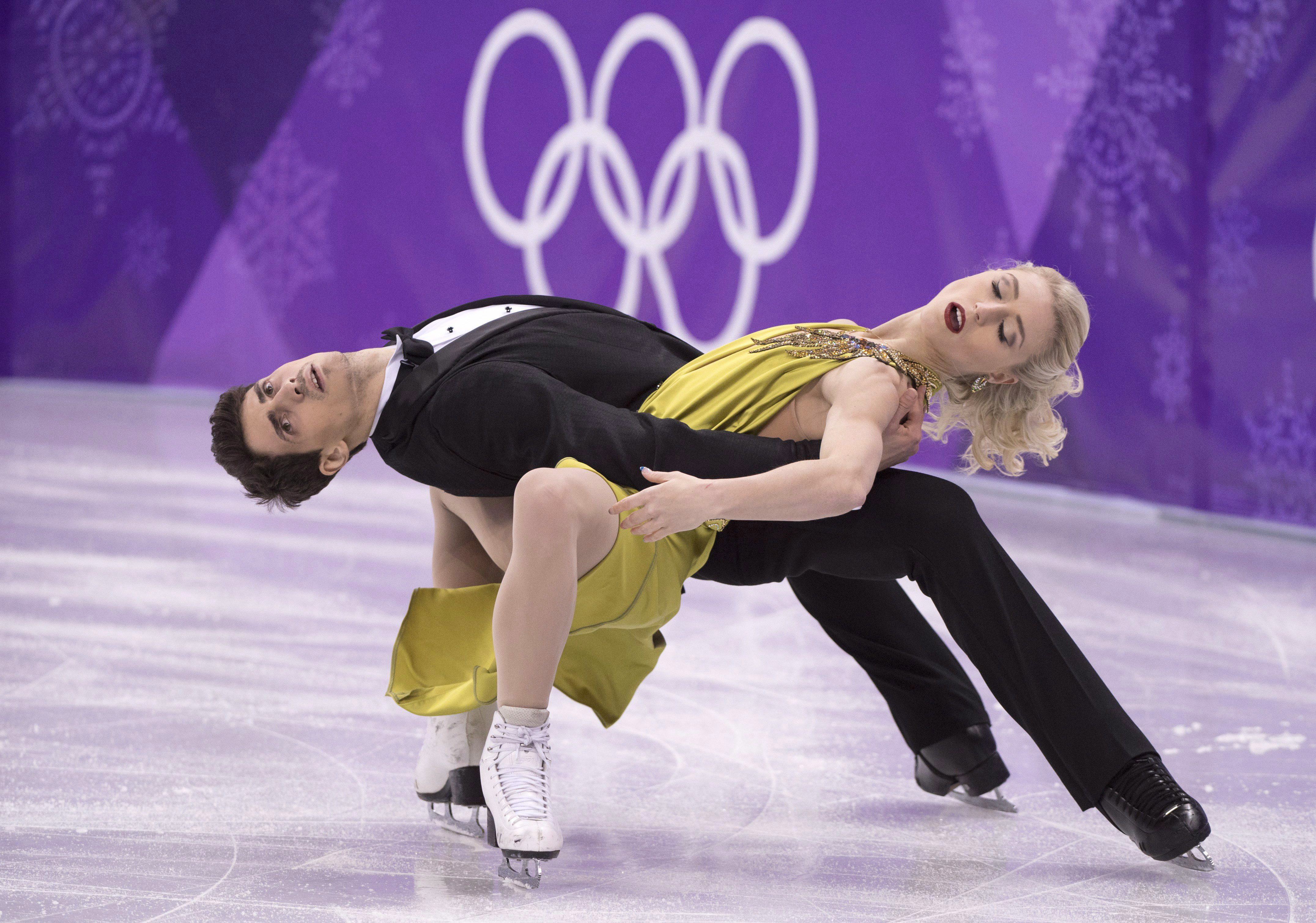 The 2021 World Figure Skating Championships will take place in a “Competition Bubble” with the following precautions in place:
– Observe, check and report daily health situation starting at least five days prior to arrival at the Competition Bubble
– Present a negative COVID-19 PCR test taken no more than 48 hours prior to arrival in Stockholm
– Present a second negative COVID-19 PCR test taken after arrival on site prior to accreditation. After taking the test at the official hotel, all attendees must isolate in their hotel room until they are informed of the test result
– Temperature checks at every entrance to the venue
– Additional COVID-19 PCR tests no later than four days after arrival on site
– Requirement to keep a daily diary indicating the list of persons they may have come in close contact with (within 1 metre for at least 15 minutes) throughout the event
– Requirement for everyone in the Competition Bubble to stay within the official hotel, the competition venue and the official transportation
– No physical interaction with people outside the Competition Bubble
– Interactions with people inside the Competition Bubble must be as limited as possible
–  Limiting athletes’ support staff to only one coach per skater/team and one team official per country
– Mandatory wearing of face masks from all attendees, including skaters on the podium during the Victory Ceremony

Where to watch the 2021 World Figure Skating Championships

CBC will have daily live coverage of the 2021 World Figure Skating Championships, streaming online through CBCSports.ca and the GEM app. The Road to the Olympic Games on CBC Television on Saturday March 27 and Sunday March 28 will also feature recorded highlights from the competition. Click here for the live streaming schedule.