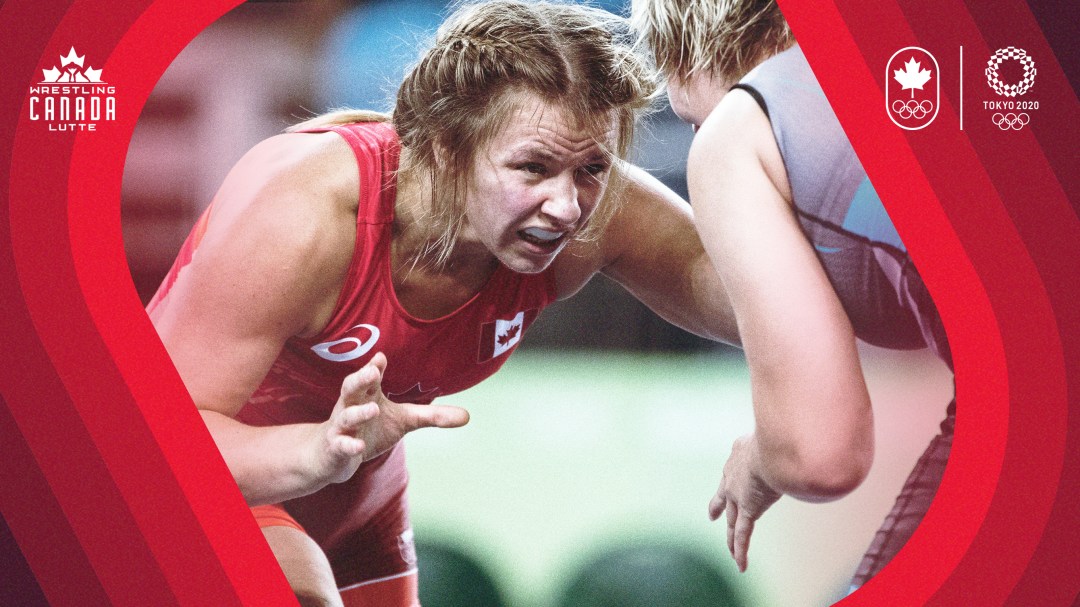 Canada will have a small but mighty team of wrestlers at Tokyo 2020.

Leading the way is reigning Olympic champion Erica Wiebe, who won 75kg gold in her Olympic debut at Rio 2016. She’ll be competing in what is now the 76kg weight class at Tokyo 2020 after winning the event at the Pan American Olympic Qualification tournament.

That competition in Ottawa took place just two days after the COVID-19 pandemic was declared by the World Health Organization, making it one of the last Olympic qualifying events to be completed before the world shut down last spring.

Since competition resumed over the winter, Wiebe placed fifth at a World Cup in December, third at the International Ukrainian Tournament in February, and atop the podium at the Matteo Pellicone Tournament in early March. Her biggest international highlight since becoming Olympic champion was winning bronze at the 2018 UWW World Championships.

Canada’s three other wrestlers headed to Tokyo also booked their tickets at the Pan Am tournament.

Danielle Lappage was victorious in the 68kg event in Ottawa. She has moved up from the 63kg weight class in which she made her sadly shortened Olympic debut in Rio. While warming up for her opening match, she sustained a ruptured hamstring which forced her to forfeit.

Having taken the time necessary to recover physically and mentally, Lappage came back to competition in 2018 and didn’t miss the podium in any of her international events. That included a 65kg silver at the world championships.

She also recently celebrated receiving her law degree from the University of Calgary.

Tokyo 2020 will be the first Olympic Games since women’s wrestling was added at Athens 2004 that Canada will not have entries in all of the women’s events.

If the Steen name sounds familiar, that’s because his father Dave is a two-time Olympian who won decathlon bronze at Seoul 1988. His mother Andrea is also an Olympian who competed in the 400m hurdles at Los Angeles 1984.

Steen has competed at three world championships and was a member of Team Canada at the Lima 2019 Pan American Games. In 2018, he won 97kg bronze at the Commonwealth Games in Gold Coast, Australia.

Dhesi has his own family legacy in elite sport. His father, Balbir was a high-level wrestler in India before immigrating to Canada where he founded the Khalsa Wrestling Club in Surrey, B.C. in 1976. Dhesi’s older brother Parm was part of Team Canada at the 2010 Youth Olympic Games in Singapore.

Like Lappage, Dhesi has also overcome some major injuries to make his Olympic dream a reality. He endured three ACL tears in six years, undergoing two reconstructive surgeries and missing two seasons of collegiate competition for Oregon State University. Among his career highlights are a gold medal at the 2014 World Junior Championships and a gold medal at the Matteo Pellicone Tournament in early March.

Wrestling at Tokyo 2020 will take place at the Makuhari Messe Hall A during the second week of the Games.

Canada has won 17 Olympic medals in wrestling, 11 of them in the last nine Games. Most recently, it has been the Canadian women responsible for adding to the haul, with six medals won from 2004 to 2016, including three by Tonya Verbeek who is now the head coach of the national team. The last men’s medal was the gold by Daniel Igali at Sydney 2000.