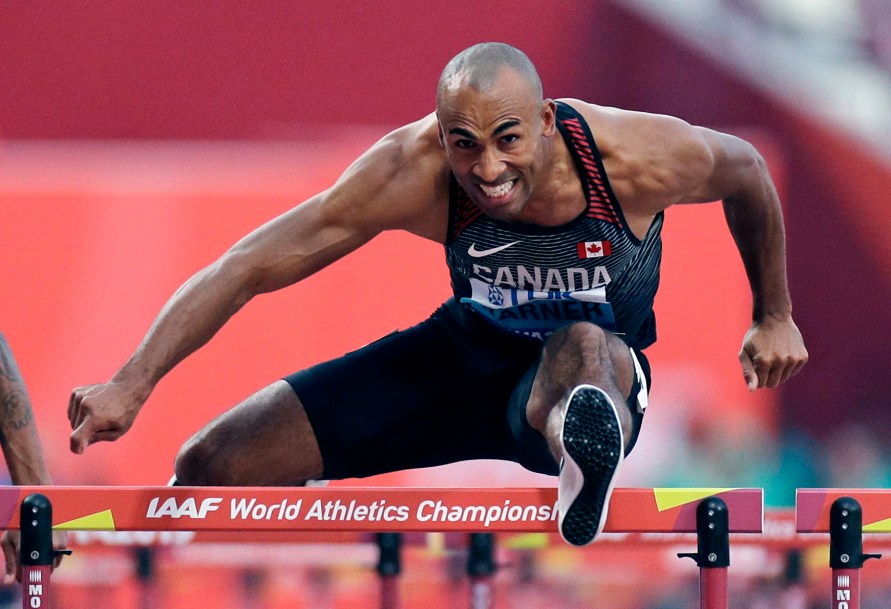 Canada’s track and field stars ran to the podium and the record books this weekend. Catch up on what they accomplished, and updates from the French Open, IIHF Worlds, a Tokyo qualification, and more!

Double podium for Warner and Lepage 💪

Did you see someone jumping (flying) during a long-jump event over the weekend? That viral video is Canada’s Damian Warner, who had quite the weekend. In his first decathlon event in two years, Warner set a Canadian record, a personal best, earned his sixth Hypo Meeting title and had a total of 8,995 points, the fourth-ever highest score that’s ever been recorded.

He also set a world and Canadian best in the long jump portion, reaching 8.28 metres to surpass American Ashton Eaton’s distance of 8.23. Eaton, now retired, jumped 8.23 back in 2012.

Alongside Warner, Pierce LePage earned silver and a personal best with 8,534 points to conclude a successful weekend.

READ: Double podium in Doha for De Grasse and Brown

On Friday, Andre De Grasse and Aaron Brown finished second and third, respectively, on the 200m podium at the Diamond League event in Doha, Qatar. This is their second straight 200m double podium. At the season opener in Gateshead, they also crossed the finish line in second and third.

With an exciting run, Haley Daniels has qualified for the women’s C1 slalom Olympic event after a race-off against fellow Canadian, Lois Betteridge. This will be the first time women’s C1 slalom will be debuted at the Olympic Games.

Fernandez breezes through Round 1 of the French Open 🎾

READ: Fernandez advances to the second round of the French Open

As the lone Canadian to open the Roland-Garros on Sunday, Laval’s Leylah Fernandez did not disappoint. The 18-year-old defeated Russia’s Anastasia Potapova 6-2, 6-1 to advance to the next round against American Madison Keys.

On Monday, Bianca Andreescu fell to Tamara Zidanšek 6-7 (1), 7-6 (2), 9-7, in a match that lasted three hours and 20 minutes. Félix Auger-Aliassime will hit the court on Tuesday against Andreas Seppi.

After a rough start at the IIHF World Championship, Team Canada is looking for a fourth straight win on Tuesday to make it into the playoffs in Latvia.

In just under a month, Canada’s Senior Men’s National Team will compete in the FIBA Olympic Qualifying Tournament in Victoria for a spot in Tokyo. See who will be participating in Canada Basketball’s training camp in Tampa Bay from June 16-24, before heading home to Canada ahead of the tournament.