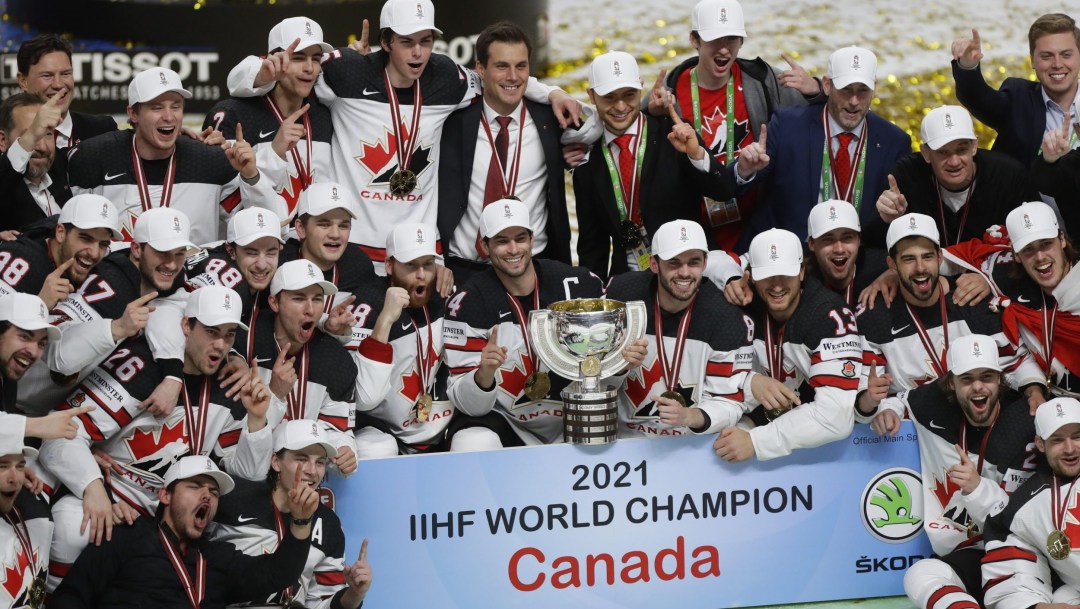 A golden goal for Team Canada at the World Men’s Hockey Championship and athletes in three sports nominated for the Tokyo 2020 Olympic team headline the news of the last few days. Catch up on what else you might have missed.

From 0-3 to World Champions

No team in history had ever lost four games and won the IIHF World Hockey Championship — until this weekend. Team Canada did just that in Riga, Latvia, advancing to the final and then defeating Finland 3-2 on an exciting overtime goal by Nick Paul to earn Canada’s 27th gold medal in the history of the tournament.

Ahead of her Olympic debut at Tokyo 2020, Skylar Park won the 57kg event at the 2021 Pan American Taekwondo Championships Championships in Cancun, Mexico where she was also named the Best Female Athlete of the entire meet. Teammates Ashley Kraayeveld (62kg), Yvette Yong (46 kg) and Melissa Pagnotta (67kg) all secured bronze in their respective categories, while on the men’s side, Hervan Nkogho (68kg) and Jordan Stewart (87kg) won bronze as well.

Towards the end of last week, eight artistic swimmers, four slalom paddlers, and seven long distance athletes were all nominated to Team Canada for Tokyo 2020.

Jacqueline Simoneau leads the artistic swimming squad as the sole returning Olympian on the team. She’ll also compete in the duet with Claudia Holzner.

READ: Eight artistic swimmers look to make a splash this summer in Tokyo

READ: Four Canadians set to paddle the whitewater at Tokyo 2020

The Canadian marathon teams have been filled out with the additions of Cameron Levins, Ben Preisner, Malindi Elmore and Natasha Wodak. They join Trevor Hofbauer and Dayna Pidhoresky who had been nominated last spring. Mathieu Bilodeau earned his second Olympic nomination in the 50km race walk, where he’ll be on the start line with Evan Dunfee who was previously nominated. And Mohammed Ahmed and Andrea Seccafien were given early nominations for the 10,000m.

Keep an eye out for plenty more team announcements in the weeks ahead!

Stephen Ames came from seven shots back to win the Principal Charity Classic on Sunday for his second PGA Tour Champions title. Ames shot 5-under 67 in the final round to finish at 12-under par, edging out fellow Canadian Mike Weir who finished one shot back in second place.