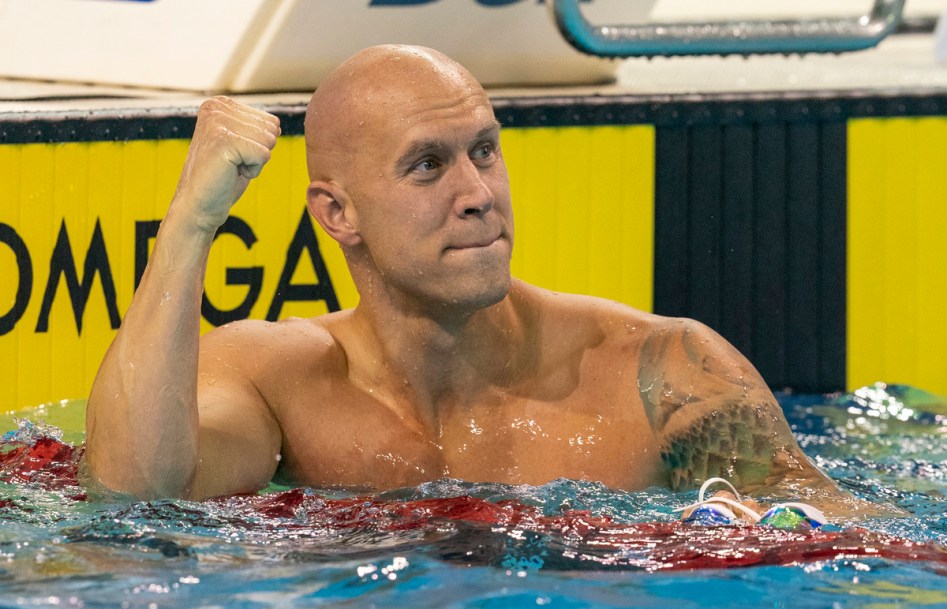 Summer McIntosh emerged as a name to watch after winning the women’s 200m freestyle on Sunday night, and she impressed once again on Monday at the Olympic Swimming Trials presented by Bell.

In the first final of the day McIntosh lined up for the women’s 800m freestyle, winning the 16-lap race with a time of 8:29.48. With that pace, McIntosh shaved 19 seconds off her previous best in the 800m, finishing four seconds under the Olympic qualifying time. Canadian record holder in the event, Brittany MacLean, who retired in 2016 and is a commentator for these Trials, was in the stands to cheer on the new Canadian freestyle sensation.

They saved one of the best races for last as the oldest and youngest men of the team, Brent Hayden and Joshua Liendo, respectively, took the men’s 50m freestyle final down to the wire. 37-year-old Hayden finished first with a time of 21.82s while 18-year-old Liendo followed right behind in second at 21.90s. Both men qualified for nomination, finishing under the Olympic standard time of 22.01s.

The result marked Liendo’s second qualification for nomination to the Tokyo roster following his victory in the men’s 100m butterfly on Saturday. Meanwhile Hayden, who came out of a seven-year retirement in 2019, is set to make his first Olympic appearance since winning a bronze medal at London 2012.

Fans watching (virtually) were treated to another breathtaking race in the women’s 200m individual medley, topped off by a photo finish. Already provisionally nominated for Tokyo, Sydney Pickrem took first with a time of 2:09.24, less than a second off her national record set in 2019.

The second spot for Olympic nomination came down to mere milliseconds as Kelsey Wog and Bailey Andison pushed to beat the qualifying mark of 2:12.56. Wog edged out Andison by 0.27s, finishing in 2:10.21 to qualify for nomination to Tokyo. The 22-year-old also qualified for nomination in the women’s 100m breaststroke on Sunday.

Finlay Knox took gold in the men’s 200m individual medley final, qualifying for nomination with a time of 1:58.07. The 20-year-old also bested his previous national record of 1:58.88 which he set just six weeks ago at the High Performance Time Trials.

In the women’s 50m freestyle final, Kayla Sanchez dominated the field with a time of 24.68s, a mere 0.09s under the Olympic qualifying time. Coming off shoulder surgery last October, the future is looking bright for the 20-year-old from Scarborough, Ontario.

The Olympic Swimming Trials presented by Bell continue tomorrow as Canada’s top swimmers have two more days to qualify for nomination to the Tokyo 2020 team.