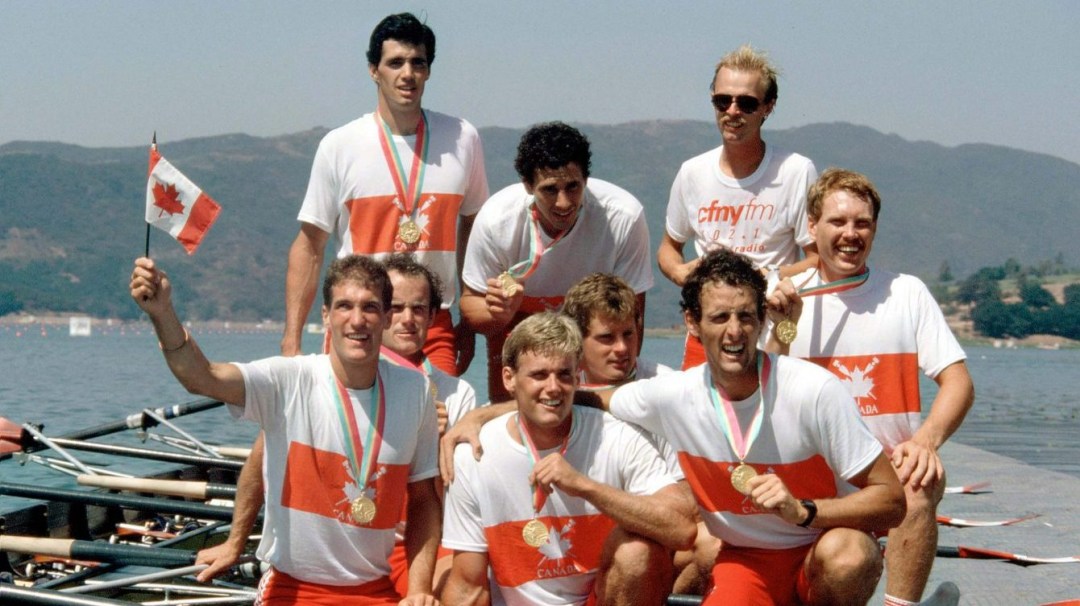 Rower Dean Crawford was a member of the Canadian eights crew at Los Angeles 1984, where the final was the most exciting of the men’s rowing events of the Games. Canada and the United States were neck-and-neck for almost the entire race with the Canadians, who had come second in both their round one and repêchage heats, edging out the home-crowd favourite Americans in an upset for the gold medal by just 0.42 seconds. Although the crew only came together for 1984, Crawford along with teammates Mike Evans, Mark Evans, Blair Horn, Grant Main, Brian McMahon, Kevin Neufeld, Paul Steele and Pat Turner had competed individually in other crews before 1984. It was Canada’s first Olympic gold medal in rowing since George Hungerford and Roger Jackson won the coxless pairs at Tokyo 1964.

After attending Spectrum Community School in Victoria, Crawford graduated from the University of Victoria with degrees in computer science and economics, and was named the 1985 Male Athlete of the Year. He stayed involved in sport serving a six-year term as president of SwimBC and was vice-president and chair of the Swimming Canada Policy and Governance Committee. Crawford married his wife Belinda Macey in 2000. He was a seasoned IT professional with decades of experience in higher education and technology, also holding a certificate as a project management professional.