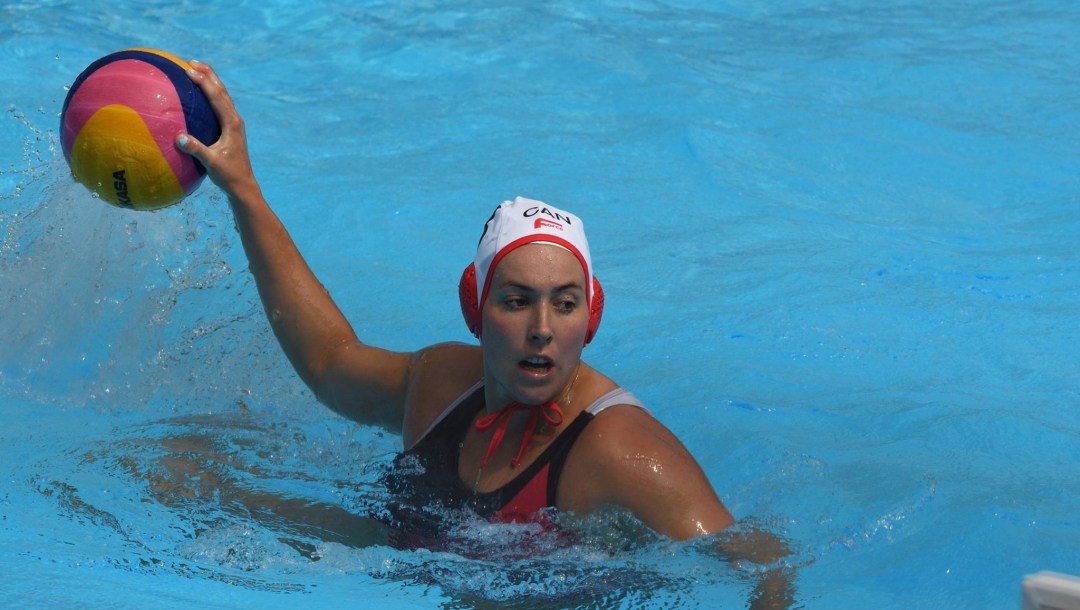 Elyse Lemay-Lavoie competed in her first major senior international tournaments in 2017, helping Canada win silver at the FINA World League Super Final and finish fourth at the FINA World Championships. She was also part of Team Canada in the 2018, 2019, and 2021 World League Super Finals. At the latter, she helped Canada to a fourth-place finish in the team’s first competition in more than 18 months because of the COVID-19 pandemic.

She made her second appearance at the FINA World Championships in 2019, the same summer she helped Canada win silver at the Pan Am Games in Lima to secure the team’s ticket to Tokyo 2020.

Lemay-Lavoie competed collegiately at the University of Hawaii. She was selected to the All-Big West second team and first team in 2018 and 2019, respectively. In her junior year in 2019, she set the school record for field goal percentage (66.3%), scored six goals at the NCAA tournament, and was named to the All-American Second Team. Lemay-Lavoie has also represented Canada at three FISU Universiades, winning silver in 2015.

A Little More About Elyse

Getting into the Sport: Started playing water polo with CAMO at age 16 and made her age group national team a year later… Her father used to play and instilled his passion for the sport in her… Has wanted to compete on the Olympic team since watching Sydney 2000 on TV… Outside Interests: Attended the University of Hawaii… Enjoys drawing and painting… Odds and Ends: Favourite quote: “Go with the flow”…