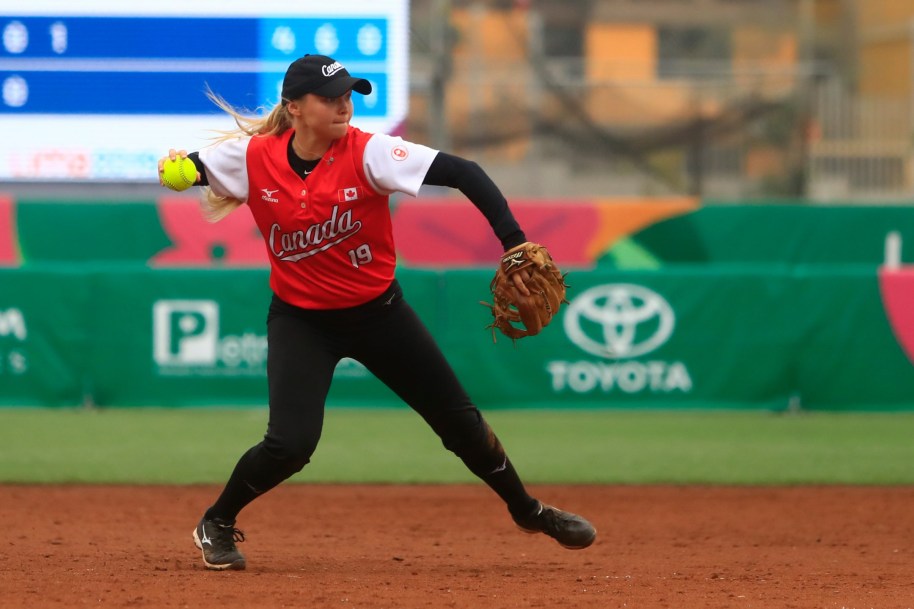 Emma Entzminger joined the national program as part of the Junior Women’s National Team, competing at the 2013 WBSC Junior Women’s Softball World Championship in Brampton and at the same event in 2015 in Oklahoma City. In 2016 she made the jump to the senior team and was the youngest member of the squad that took home bronze at the WBSC Women’s Softball World Championship in Surrey.

In 2017, Entzminger was cut from the national team after arriving at training camp unprepared and out of shape. The tough talk she received from the head coach was a wake up call and gave her the motivation she needed to get into the best shape of her life. Back on the national team the next year, she helped Canada to another bronze medal finish at the 2018 World Championships in Chiba, Japan.

Entzminger competed at her first Pan American Games at Lima 2019 and tied for the team lead with five RBIs as Canada won the silver medal. Just a few weeks later, she posted a .429 batting average at the WBSC Americas Olympic Qualifier as the team booked its ticket to Tokyo 2020.

A Little More About Emma

Getting into the Sport: Started playing baseball with boys at age 5 and did that until age 13 before starting softball at age 14…  Watching Team Canada play at Canada Cup was a huge inspiration as a young girl… Outside Interests: Graduated from San Jose State University in Fall 2018 with a Bachelor of Science in Kinesiology, Exercise and Rehab Science… Would like to become a physiotherapist… Enjoys yoga, working out, spending time with nieces and nephews, going on hikes, going to the lake. Odds and Ends: Favourite quote: “What got you here, won’t get you there.”…