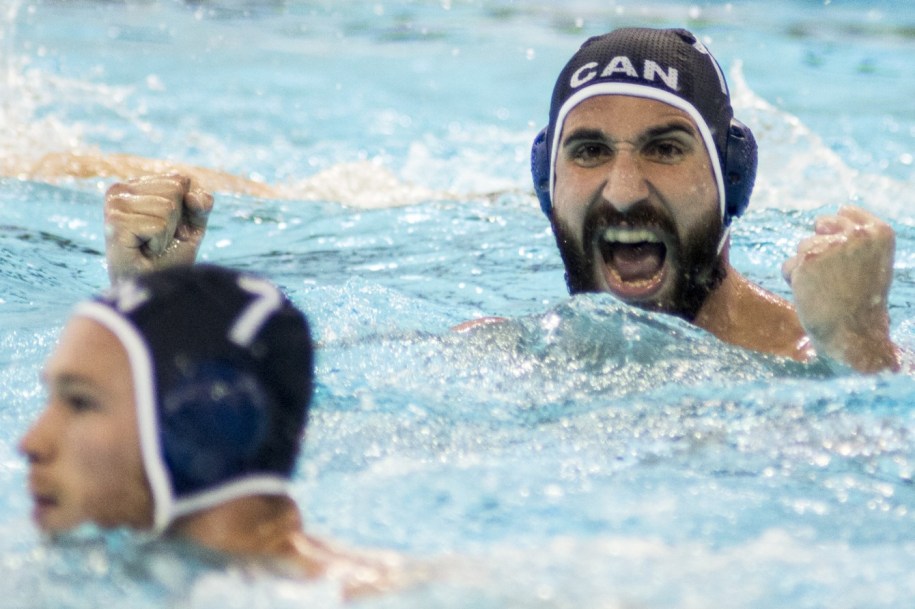 George Torakis says that to play for the national team has always been his biggest dream. Born and raised in Greece, the dual citizen moved to Canada in August 2014 to be a part of the men’s national squad. He competed at the UANA Cup in late January 2015, helping Canada to qualify for the FINA World Championships. He also helped Canada capture bronze at the 2015 Pan American Games. Torakis plays professionally in the first division of the Greek championship and is among the top-30 all-time scorers in the A1 Greek League.

A LITTLE MORE ABOUT GEORGE

Getting into the Sport: Started playing water polo at age 8, introduced to the sport by his father… Outside Interests: Studied at the Technological Institute of Greece… Enjoys watching movies… Odds and Ends: Favourite motto: “Work hard play hard”… Game day routine includes a prayer… Nickname: Toro…

Reuel D’Souza first travelled with the senior national team in 2017 for the UANA Cup in Trinidad and Tobago. He…

Gaelan Patterson joined the national team program at the age group level in 2010.