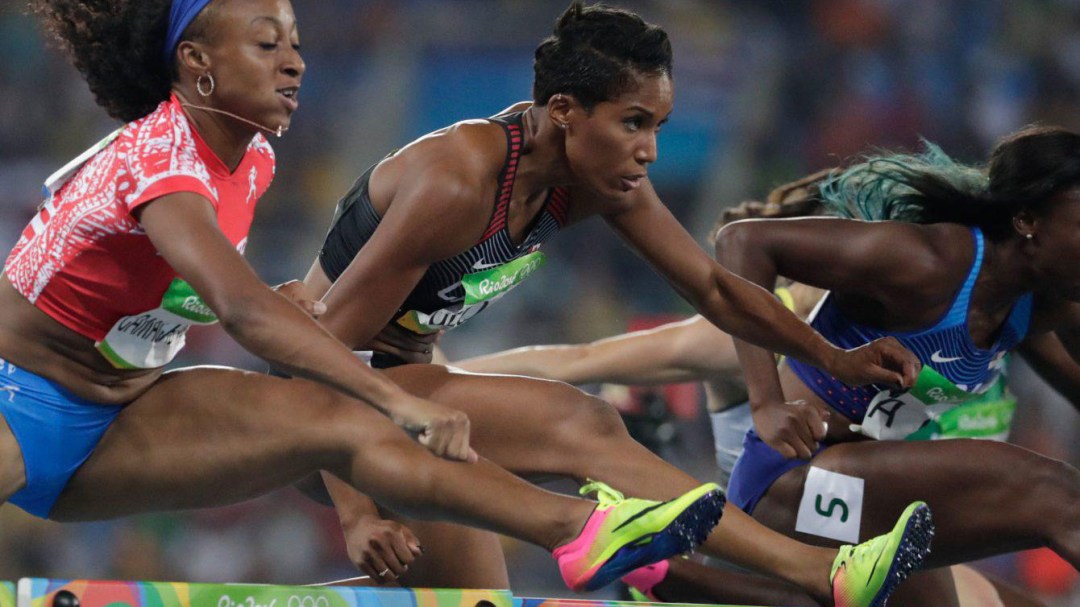 Those are just some things that Team Canada athletes have called for during this time of widespread social change and awareness of what it means to be anti-racist.

Many athletes have shared their personal stories in an effort to not only make the world of sport more diverse and inclusive, but to also make everyone aware of the inequality and injustices that Black people face in our country.

Known for giving back to his community, Subban provided financial support to George Floyd’s daughter, Gianna. But his larger message is that it’s time to “Change the Game”—a sentiment he wears on his hat every day. The Sochi 2014 gold medallist stresses that everyone has to do their part to change the current narrative.

Reflecting in a video, George speaks to how little change has happened between the Civil Rights Movement in the 1960s and now. The dual Olympian in hurdles and bobsleigh explains how she made herself small out of fear of being different. George urges people to fight alongside the Black community for equality. Injustice, discrimination and brutality aren’t isolated to one area.

Teenage tennis star Auger-Aliassime acknowledged the opportunities he has had throughout his life but knows not everyone has the same freedoms. In his candid video, Auger-Aliassime shared a story of what it was like for his father to be racially profiled by police. He expresses the need for everyone to be aware that injustice and discrimination can happen to someone you know.

Olympic silver medallist Nurse has taken time to reflect on her experiences as a biracial woman and recalls a moment with her father at a grocery store where the behaviour towards him, a Black man, was unfair. Staying silent is not an option for Nurse, saying attitudes and behaviour need to change.

LeBlanc is not only an Olympian but a new mother. The soccer goalkeeper shares what it is like to raise a daughter in a world of inequality.

LeBlanc touches on the importance of education and her intention to have comfortable and uncomfortable conversations about race and inequality with her daughter.

If you are looking for ways to talk to your children about racism , here are some children’s book

Wilkerson, a beach volleyball player, calls for a “new normal” in our society. When everyone shows up for Black communities, our cultures no longer divide us, and systematic oppression is no longer prevalent.

Pascal competed in boxing at Athens 2004 and is now fighting in a new ring. While protesting in the streets of Montreal, Pascal’s message was about giving youth the right model to follow to end racism and discrimination.

Rugby sevens player Morra, who played for Team Canada at Lima 2019, says he wants a better future for his younger siblings and took to the streets in British Columbia to protest for equality.

Two-time Olympic hurdler Holder turned to social media to empower other Black women, showing what it means to be unapologetic about who she is and embracing the magic and pride that comes with being a Black woman.

Educating others is just one way Effah says everyone can be part of the conversation and movement for change. The sprinter says people need to put their words into actions and embrace the uncomfortable conversations.

Check out Effah’s piece, “Running While Black”, for an insightful  read on his everyday fears as a Black Canadian.

Abanda shared what it was like to be at a protest in downtown Montreal and what it meant to come together and fight for change and opportunity.

Twice an Olympic team member, Makinde details the struggles of being viewed differently in society and the fear that he carries when out in public. He urges people to stand up for those who get knocked down and be the voice for those who aren’t being heard.

Education is just the start of making an impact. If you would like to learn more about anti-racism or want to support Black communities, check out some resources here.

Rio 2016 Olympian Brown shared her experience as a biracial woman, reflecting on the biases towards Black people. She writes of the fears she shouldn’t have to think about as well as some of the struggles she has had.

The rugby player took words into action by organizing one of the peaceful protests in Victoria, B.C. Buisa was able to bring 9000 people together on the streets of Victoria to help fight for change, and give power back to the people