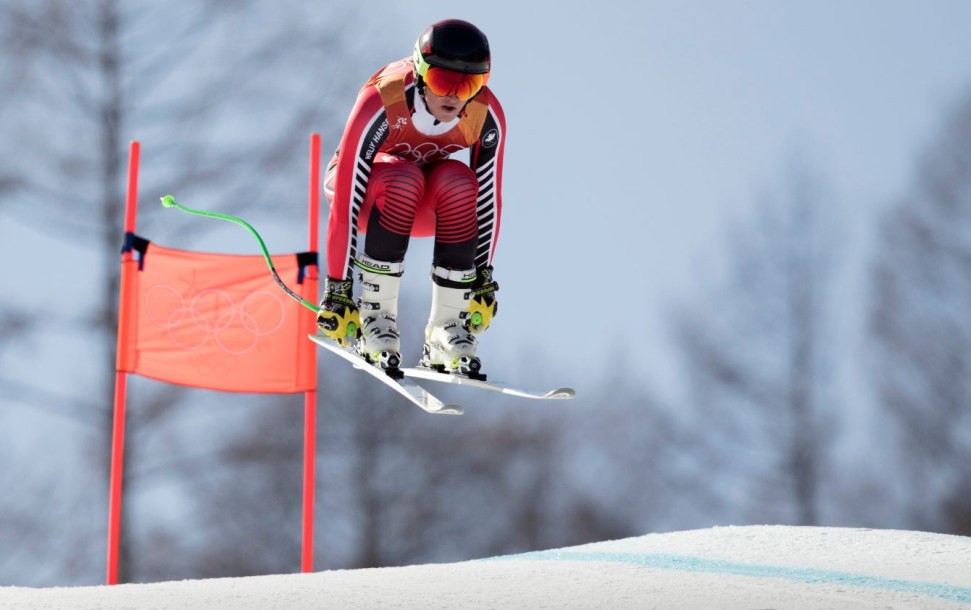 How well do you know some of Team Canada’s winter sport athletes?

As we bundle up for the upcoming winter season, let’s take the time to know who Team Canada athletes are outside of the field of play. Are they songwriters in their spare time? Cooking up new recipes in the kitchen? Or maybe they have another interesting hobby?

Every Friday, we’ll be adding a new athlete to this list that you can follow on social media. If you do, in no time you’ll be an expert on Canadian athletes and ready to cheer them on as they compete on the international stage during the upcoming months.

Son of one of Canada’s most famed alpine skiers, Crazy Canuck Ken Read, it is no surprise that Erik joined the world of skiing at age two and entered his first race at age six. Erik achieved his own career highlight during his FIS World Championship debut in 2015. He was a member of the underdog Canadian squad that defeated some of the most skilled skiers in the world to win silver in the team event! 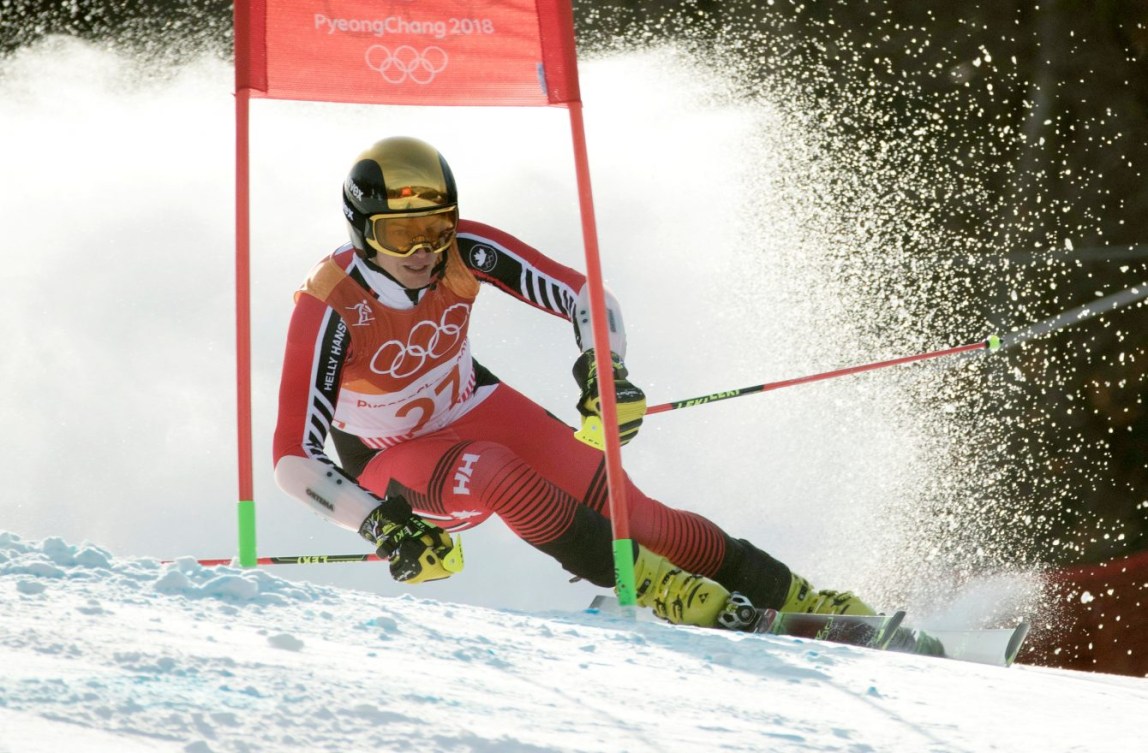 In his Olympic debut at PyeongChang 2018, Erik was the top-ranked Canadian in the men’s giant slalom, finishing 11th. He made his World Cup debut in January 2011 in Schladming, Switzerland and will be kicking off the 2020-2021 World Cup season on October 18th in Sölden, Austria. His interests outside of skiing include hiking and mountain biking.

Joining the sport at age three, Dahria Beatty is no stranger to the world of cross-country skiing. Beatty has been representing Canada internationally since 2009-10. During that season she competed in the first of her three world junior championships. She made her World Cup debut on home snow in Canmore in December 2010 but began competing regularly on the circuit in January 2016. Beatty posted her career-best individual result – a 15th place finish in the sprint  – in March 2016 during the Ski Tour Canada in Canmore. 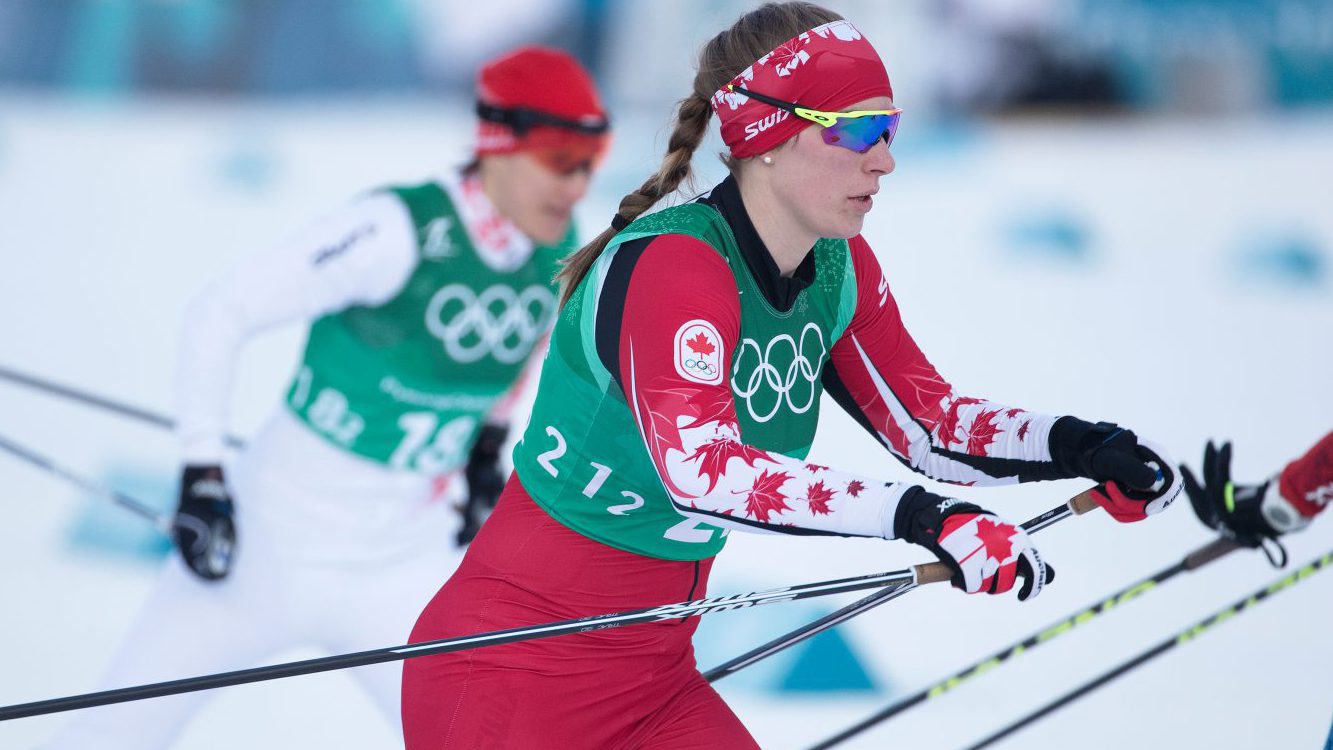 Beatty raced in five events in her Olympic debut at PyeongChang 2018, and hopes to represent Canada at Beijing 2022. Her interests outside of sport include; baking, painting landscapes, and playing with her dogs.

Beginning his snowboarding journey at age four, Eliot Grondin began competing on the Nor-AM Cup circuit at 15 years old. He recorded his first podium finish in February 2017, and just over a week later, he finished seventh at the world junior championships. Grondin made his Olympic debut at 16 years old, where he was the youngest man on Team Canada at PyeongChang 2018. 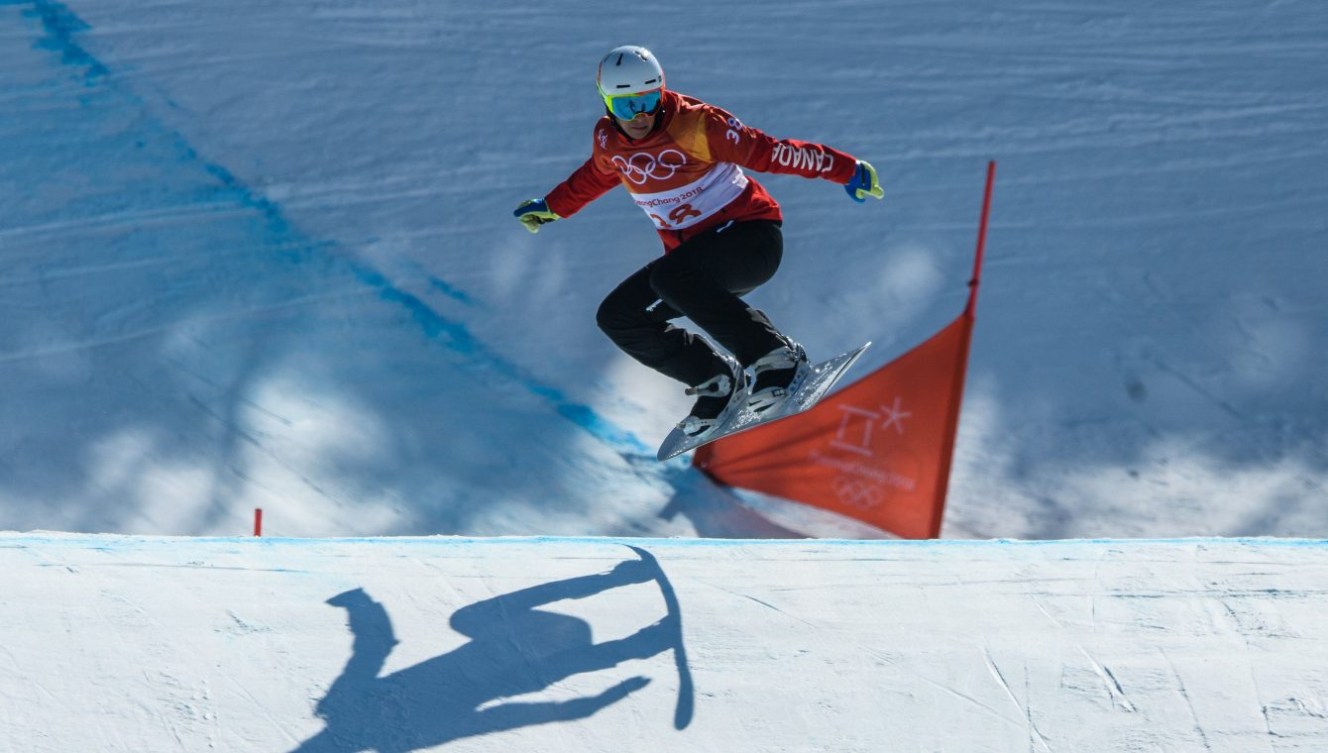 Eliot Grondin in action during the Snowboard – Men’s SBX at the Phoenix Snow Park on February 15, 2018 in Pyeongchang-gun, South Korea.(Photo by Vincent Ethier/COC)

Grondin was set to make his World Cup debut in March 2017 in Veysonnaz, Switzerland. However, on the morning of the qualification round, he had a season-ending crash in training and broke his forearm. Six months later, he made his return to competition at the World Cup in Cerro Catedral, Argentina joining the World Cup circuit full-time. Last season he won his first-career World Cup medal in Canada at Big White. His interests outside of snowboarding include mountain biking, skateboarding, BMX, as well as building and riding his own snowboard tracks!

As a freshman in 2015, Laurence St-Germain finished 10th in the slalom at the NCAA Championships to be named a Second Team All-American. In November of that same year, she made her World Cup debut in Colorado, finishing top-30 in the slalom event. Two years later, St-Germain posted a career-best World Cup result when she placed 14th in the slalom in Vermont. 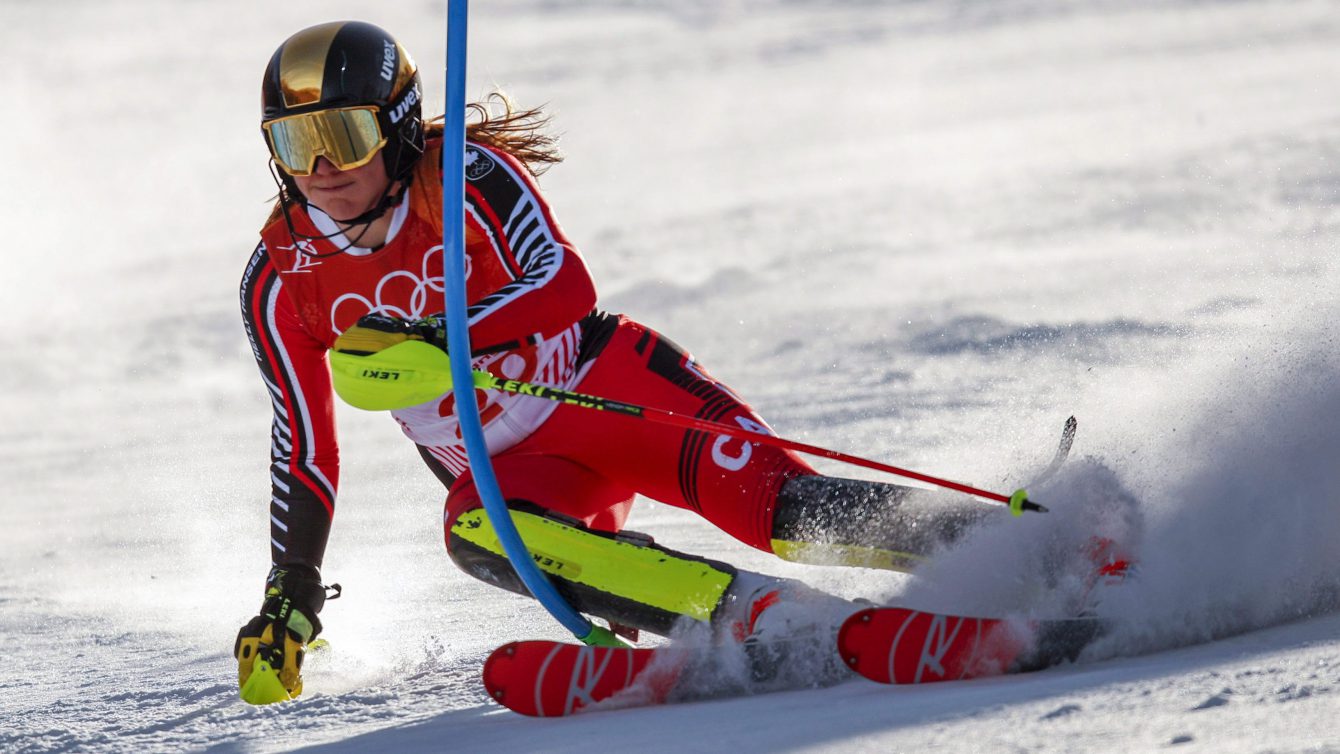 She joined the National Alpine Ski Team for the 2015-16 season after finishing the previous season ranked fourth in the Nor-Am Cup slalom standings. She finished both 2015-16 and 2016-17 seasons ranked second in the Nor-Am Cup slalom standings. St-Germain made her Olympic debut at PyeongChang 2018 where she finished 15th in the slalom event and ninth in the mixed team event. For the 2020-21 season, St-Germain’s goal is to consistently finish in the top 10 at World Cups. At her first World Cup of the season, she finished sixth and eighth in both slalom races, keeping her on track with her goal for this season.

Tristan Walker began sliding at age ten after his parents signed him up for ski jumping, biathlon, and luge camps at Canada Olympic Park. Ultimately he chose luge because of the sport’s speed. Walker made his Olympic debut at Vancouver 2010 with partner Justin Snith. At 18-years-old, they were two of the youngest members of the Canadian Olympic Team. In January 2014 Walker and Snith earned Canada’s first-ever World Cup podium in doubles, winning bronze in Königssee, Germany. The pair also helped Canada win relay bronze medals at the 2015 and 2016 World Championships. 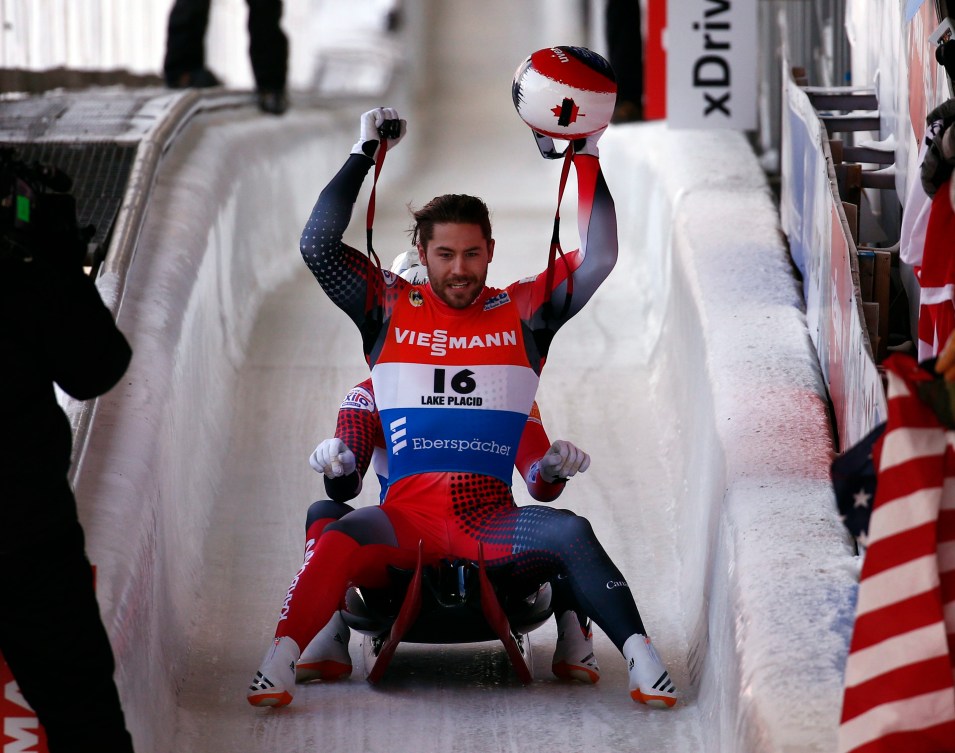 While participating in their third Olympic Games, Walker and Snith slid the anchor of the luge team relay at PyeongChang 2018, securing the silver medal for Canada. Wondering how doubles luge works? In this partnership, Walker lies on top and does most of the steering as Snith uses his shoulders to smooth out the sled on corners. Tristan Walker’s interests outside of his sport include: playing guitar, writing music, working and riding on motorcycles, and skiing.

Marielle Thompson began skiing at age two, began ski racing at age 11, and started ski cross at age 16. It comes as no surprise that this Team Canada athlete has been one of the world’s biggest ski cross stars since her World Cup debut in December 2010. At just 19 years old, Thompson earned her first World Cup gold medal in 2012. She ended that season with a total of six World Cup podiums, including three victories, to give her the overall World Cup title in women’s ski cross. She made history that season as the first Canadian ski cross racer to win a Crystal Globe. Since then she has now won the Crystal Globe two additional times. 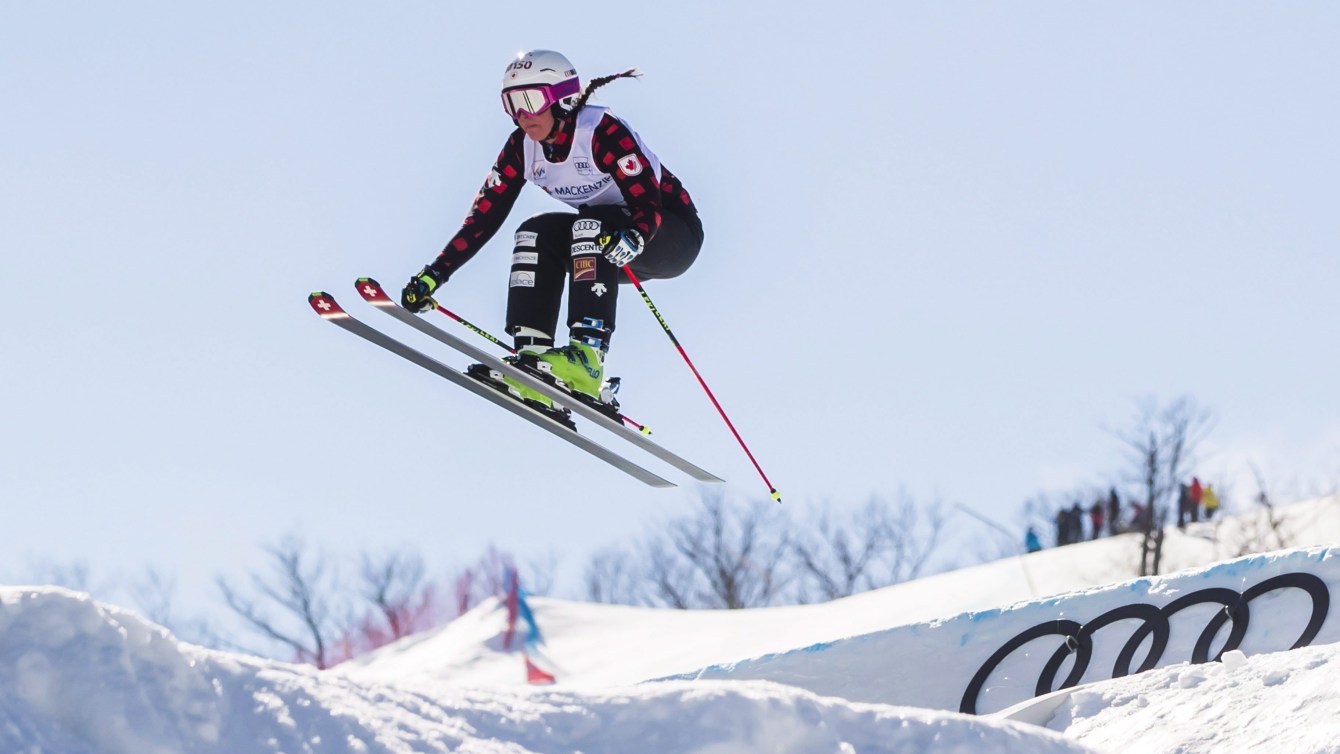 Marielle Thompson of Canada flies off a jump during training sessions for the FIS Ski Cross World Cup 2017 in The Blue Mountains, Ont., Saturday March 4, 2017. THE CANADIAN PRESS/Mark Blinch

During her Olympic debut, Thompson made it one to remember, winning the women’s ski cross gold medal at Sochi 2014. This win was part of three double podiums for Canada in Sochi. Thompson represented Canada once again at PyeongChang 2018, posting the fastest time in the Olympic qualification round. Most recently, Marielle Thompson kicked off the 2020-21 season by winning the silver medal at the first ski cross World Cup. Thompson’s interests outside of ski cross include cross-country biking and hiking.

Cynthia Appiah started her athletic career in track and field, competing in shot put before discovering a passion for bobsleigh. Originally a brakewoman for 2-woman bobsleigh, after PyeongChang 2018, Appiah switched to the pilot role. In January 2020 she made her World Cup debut as a pilot. Currently, she is training to make her Olympic debut in the two-woman event and women’s monobob at Beijing 2022.

READ: Cynthia Appiah: A desire to be not just the best, but also the best representation 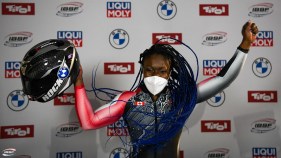 Cynthia Appiah raises her hands in the air. (Credit: IBSF) 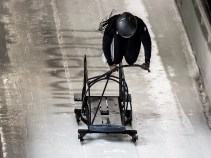 Most recently at the World Championships, the Toronto native finished ninth in the 2-woman event with brakewoman Erica Voss. She also competed in the monobob event, finishing as the highest ranking Canadian in fifth place.

Outside of sport, Appiah loves trivia and watching Jeopardy. She is also a big Blue Jays fan, previously working for the team in their customer services department.

A former alpine skier, Reece Howden first found international success in ski cross at the 2016 Winter Youth Olympic Games, where he won gold. He was also Canada’s flag bearer for the Closing Ceremony. The B.C. native went on to compete on the Nor-Am circuit, landing on the podium 14 times between 2017 to early 2020. He was named the Nor-Am champion for the 2017-18 season. 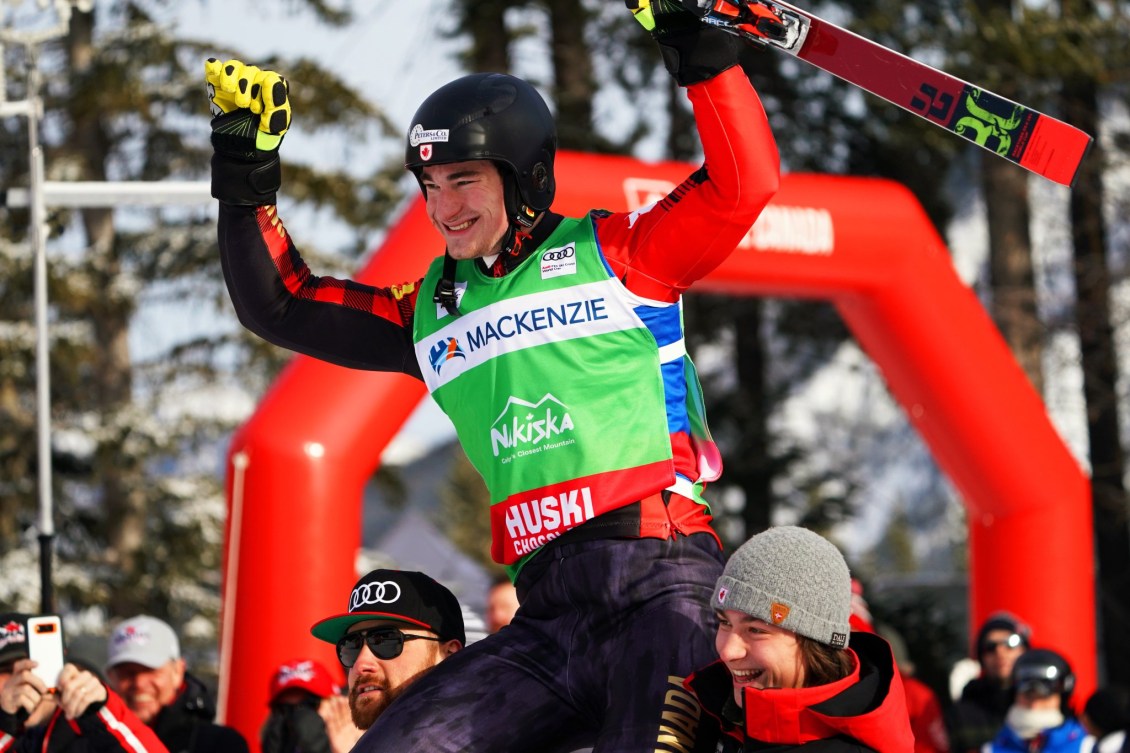 In January 2018, Howden starting competing on the World Cup circuit, and finally reached the podium two years later in Nakiska, Alberta, winning gold for his first World Cup medal. For the 2020-21 season, Howden’s performance continues to improve, from winning back-to-back gold medals and clinching the ski cross Crystal Globe title at the end of February.

Alyson Charles is a short track speed skater and one of Canada’s brightest hopes for the Beijing 2022 Olympic Winter Games. She began speed skating in her neighbourhood club in Montréal when she was just five years old. Her Olympic dream was born watching Kalyna Roberge skate at the Turin 2006 Olympic Games. Like Roberge, Charles is of Haitian decent and biracial. Earlier this year, Charles shared her story as she continues to work towards her goal of reaching the Olympics. 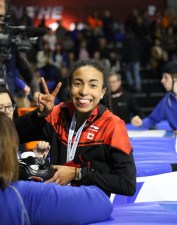 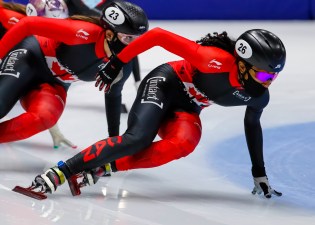 During her debut senior international season in 2018-19, Charles won four individual and three relay World Cup medals. She has since been part of many Canadian relay medals, including five World Cup podiums in the 2019-20 season and a bronze medal in the 3000m relay at the 2019 World Championships.

Canadian snowboarder Liam Brearley began to attract attention last year in 2020 when he became the first Canadian athlete to ever win three medals at the Youth Olympic Games. His performance on the slopes for Team Canada was outstanding, claiming silver in men’s slopestyle, along with bronze in both the big air and halfpipe events. 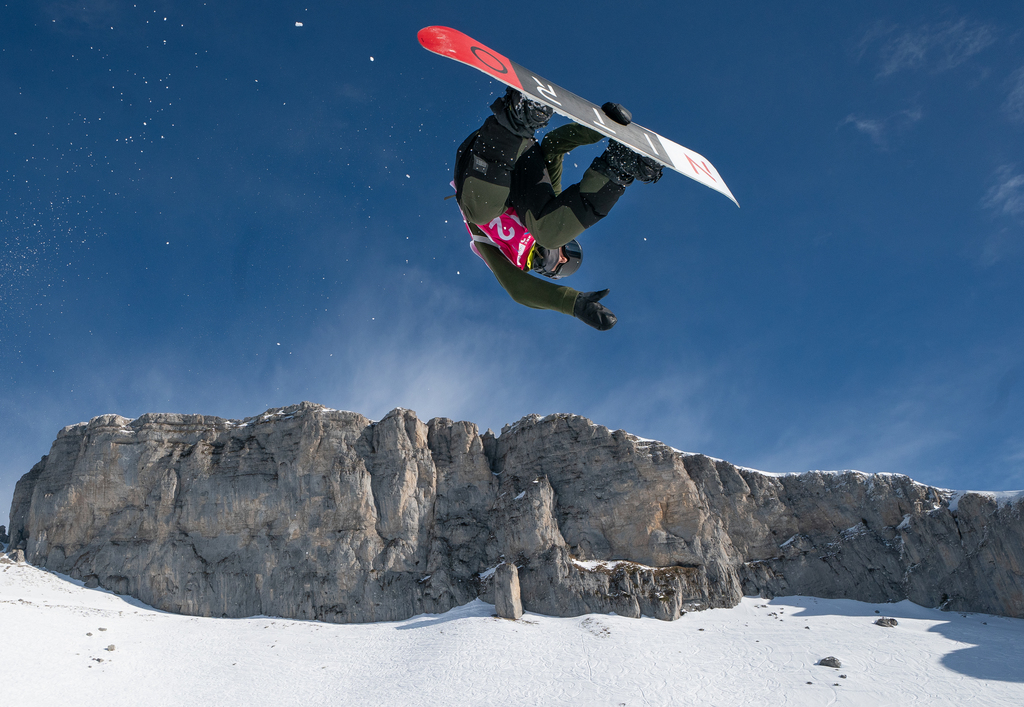 Previously in the 2020 season, Brearley captured his first World Cup medal by winning a slopestyle bronze in Calgary. Most recently in March 2021, the breakout snowboarded won a slopestyle silver medal at the World Cup in Silvaplana, Switzerland.

The 18-year-old Canadian has his sights set on competing at the Beijing 2022 Olympic Games.

Getting into skating at just age two, Ivanie Blondin dabbled in figure skating at a very young age but was more inclined towards speed skating. She showcased early promise as a short track speed skater, but transitioned into long track and first enjoyed international success in 2013 on the World Cup circuit. She won three medals as part of the team pursuit, including her first victory. Blondin went on to finish the year ranked third in the mass start event in World Cup standings. 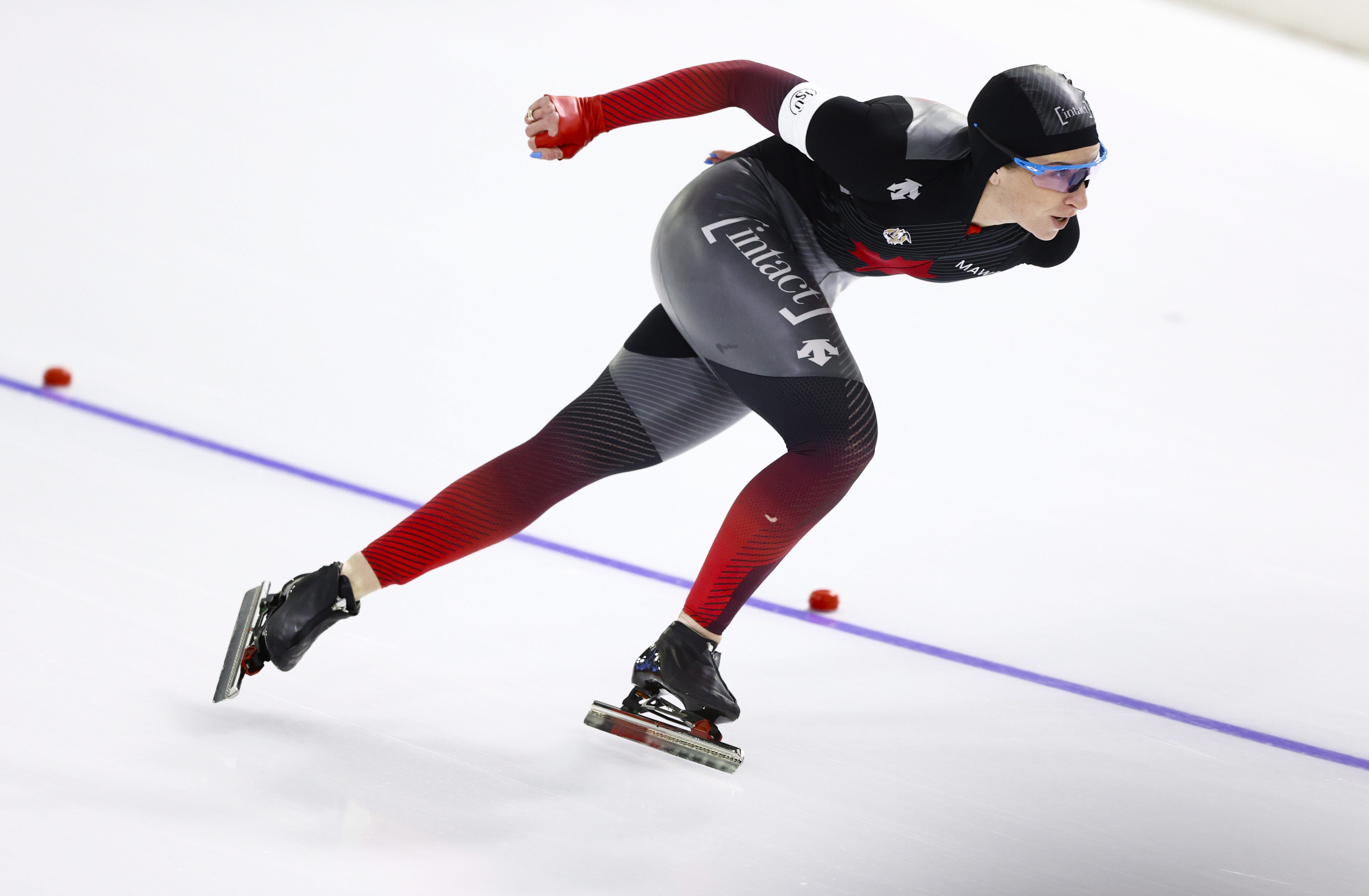 Since then, Blondin has attended two Olympic Games, Sochi 2014 and PyeongChang 2018. In South Korea Blondin finished just of the podium in fourth with the team pursuit. She also celebrated her personal best individual finish at PyeongChang 2018, finishing in fifth position in the women’s 5000m event.

In 2020, Blondin was crowned vice-champion at the ISU World Allround Championships, finishing her four events to sit second in overall standings. Despite the shortened 2021 season, she truly had her eyes set on success, landing on the World Cup podium four times and securing two silver medals at the World Championships in the ISU Speed Skating bubble.

Check back here every Friday for a new Team Canada athlete taking the winter season by storm.