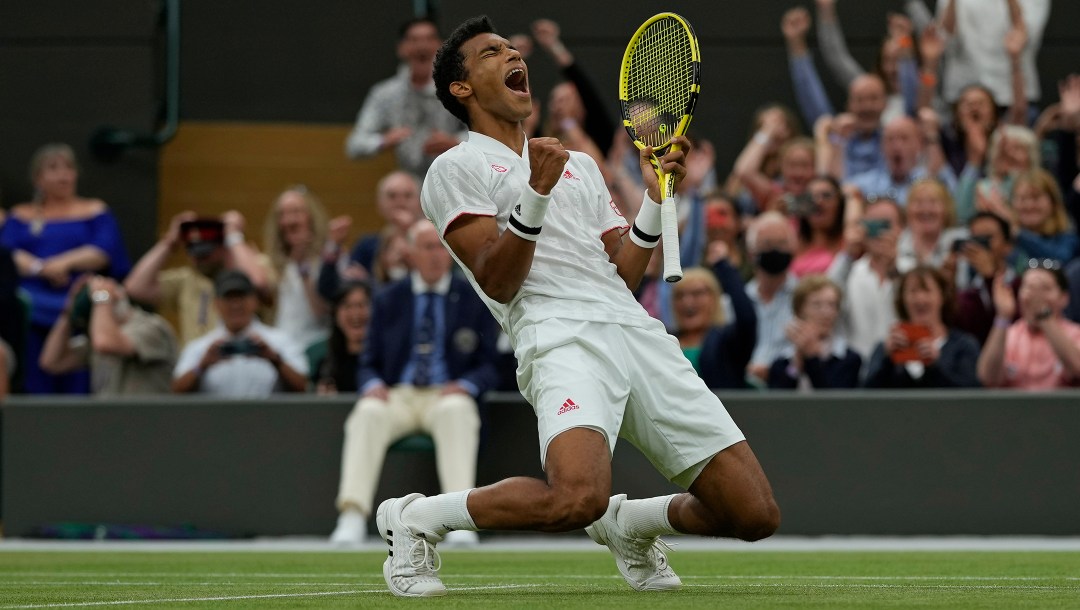 With just over two weeks out from Tokyo 2020, it’s the final stretch for Team Canada athletes to gear up for the Games. Read on to find out who impressed over the last seven days.

For the first time ever in the Open era, Canada has two men in the quarterfinals at Wimbledon.

It started with 10th-seed Denis Shapovalov defeating two-time champion Andy Murray 6-4, 6-2, 6-2 on Friday to claim his spot in the round of 16.

He followed up on Monday with a dominant three-set win (6-1, 6-3, 7-5) over eighth-seed Roberto Bautista Agut of Spain to reach his first Wimbledon quarterfinal.Shapovalov had reached the last eight at last year’s U.S. Open and will now look to advance to his first career Grand Slam semifinal when he takes on 25th seed Karen Khachanov on Wednesday.

Meanwhile Félix Auger-Aliassime won by walkover on Saturday as Australian Nick Kyrgios retired due to injury. It took him a little longer to get through his round of 16 match against fourth-seed Alexander Zverev, but the 16th-seeded Canadian came away with the five-set victory, 6-4, 7-6 (8), 3-6, 3-6, 6-4. His next opponent will be seventh-seeded Italian Matteo Berrettini. Last week, Auger-Aliassime was part of Team Canada’s tennis team nominated for Tokyo 2020.

Gabriela Dabrowski also advanced to the round of 16 in mixed doubles with partner Mate Pavić of Croatia. The pair defeated Matthew Ebden and Samantha Stosur of Australia on Saturday 7-5, 7-6(8) and will play Sander Gillé of Belgium and Hayley Carter of the United States on Tuesday.

Canadian athletes were all over the podium at the Diamond League this past week, winning medals at two separate stops in Oslo, Norway and Stockholm, Sweden.

Andre De Grasse and Aaron Brown led the way in Oslo on Thursday, achieving an impressive double podium finish in the men’s 200m. De Grasse won gold with a time of 20.09s while Brown clocked in close behind at 20.34s for silver.

The Canadian duo has impressed all season long, with their latest performance marking their third double podium at Diamond League. They accomplished the feat twice in late May at stops in Gateshead, England and Doha, Qatar.

With De Grasse running in the 100m as well as the 200m and 4x100m relay alongside Brown, Canadians will have a lot to be excited about on the track in Tokyo.

Team Canada wasn’t done there, though, as the medals continued to roll in on Sunday in Stockholm.

Marco Arop finished second in the men’s 800m, clocking in with a personal best of 1:44.00. The 22-year-old will make his Olympic debut in Tokyo in the same event.

Last but not least, Jerome Blake sprinted for gold in the men’s 100m B race, crossing the finish line in 10.15s. Blake was also nominated to his first Olympic team this summer as part of the Canada’s 4x100m relay.

Michael Woods finished third in the eighth stage of the Tour de France on Saturday.

His performance earned his team, Israel Start-Up Nation, its first ever podium place.

The Tour de France will continue through July 18.