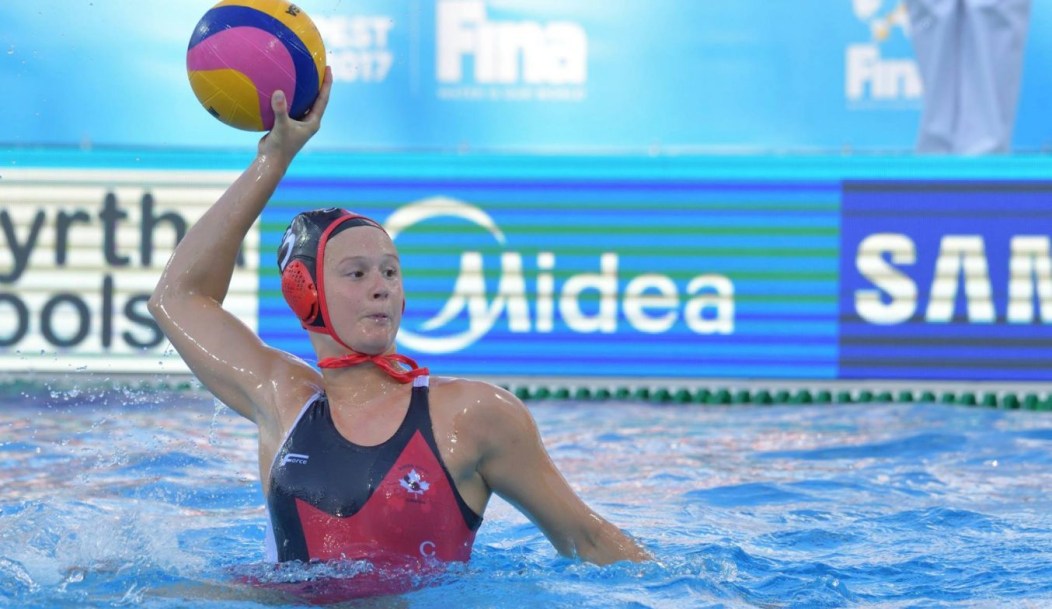 Axelle Crevier was the youngest member of the Canadian women’s water polo team that competed at the Lima 2019 Pan Am Games where they won silver to secure their ticket to Tokyo 2020. She also competed at the 2019 FINA World Championships.

As a youth competitor, Crevier won silver at the 2013 Pan American Youth Championships and the 2014 FINA World Youth Championships. She made her senior debut at a major international event in the 2014 FINA Water Polo World League and helped Canada to a sixth-place finish in the Super Final. In 2017, Crevier experienced two major career highlights, helping Canada to a fourth-place finish at the FINA World Championships and winning silver in the FINA Water Polo World League Super Final.

In 2021, she was part of Canada’s fourth-place finish at the FINA World League Super Final, the team’s first competition in more than 18 months because of the COVID-19 pandemic.

A Little More About Axelle

Getting into the Sport: Started playing water polo at age 5 because her mother introduced the entire family to her sport…  Outside Interests: Enjoys reading, travelling, listening to music, being in nature… Odds and Ends: Favourite motto: “It is better to lose doing what you are passionate about than to lose that passion”… Mother Marie-Claude Deslières was on the first Canadian women’s Olympic water polo team at Sydney 2000 and at London 2012 was the first female referee in an Olympic final…Inspired by her mother because of her passion for and her success in water polo during a time when it was a men’s sport…