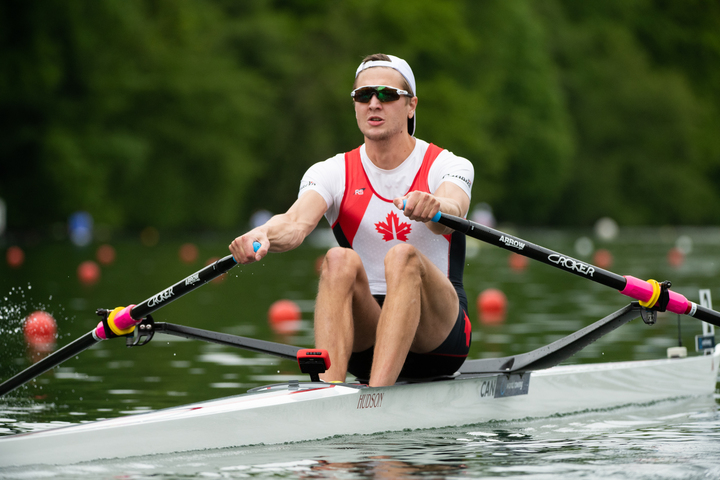 Canadian athletes were busy over the weekend, breaking records, winning titles, and securing qualifications to Tokyo 2020. Keep reading to catch up on what you might have missed:

Racing into the record book

Andrea Seccafien smashed the Canadian 10,000m record at the Sound Running Track Meet in Irvine, California. With a time of 31:13.94, Seccafien dominated the event, setting a Canadian record by almost 28 seconds and finishing well under the Olympic qualification standard of 31:25. The previous Canadian record (31:41.59) was set by Natasha Wodak in 2015.

Showing up unannounced in the men’s 5000m, Mohammed Ahmed snatched top spot with a final time of 13:18.49. Earlier in the weekend, Bismark Boateng finished third in the men’s 100m, with a time of 10.28 seconds.

In a very crowded women’s 5000m race, Kate Van Buskirk laid down a 16-second personal best, going sub-15 minutes for the first time. She finished in fifth place with a time of 14:59.80, well under the Olympic standard of 15:10.00. Julie-Anne Staehli finished just behind her, with a personal best of 15:01.85, also under Olympic standard.

Canadian crews finished the weekend of racing on Lake Rotsee in Switzerland by qualifying all three boats entered at the final Olympic qualification regatta for Tokyo 2020. Canada earned quota spots in men’s single sculls, men’s lightweight double sculls and the men’s four. Despite the lack of competition this year, the harsh weather conditions, and an escalated final race day schedule, these rowers showcased resiliency.

Adding to the seven boats qualified at the 2019 World Championships, Canada will have its largest number of Olympic rowing crews since Atlanta 1996.

Canadian Sharon Fichman and partner Giuliana Olmos of Mexico may have entered the Italian Open as alternates, but they left as champions. The pair showcased a remarkable comeback victory in their second match on Sunday, overcoming Kristina Mladenovic and Marketa Vondrousova 4-6, 7-5, [10-5] to claim the prestigious women’s doubles clay court title.

Earlier in the tournament, Fichman and Olmos knocked out No.1 seeds Hsieh Su-wei and Elise Mertens in the second round, as well as No.4 seeds Shuko Aoyama and Ena Shibahara in a weather-delayed semifinal which took place earlier on Sunday.

In other tennis news, 18-year-old Leylah Fernandez was named the recipient of the Billie Jean King Cup award, for her performance in Canada’s 4-0 win over Serbia at the Play-offs.

Olympic nominations on the water 🌊

Canoe Kayak Canada nominated six more kayak sprint athletes to compete at Tokyo 2020, based on their performances in national trials.

Mark De Jonge, Nick Matveev, Pierre-Luc Poulin and Simon McTavish locked up their Olympic spots in the K-4 500m by winning both qualification races at the Olympic Basin in Montreal, Canada. This winning crew had secured the Olympic berth for Canada at the 2019 ICF Sprint World Championships. Brian Malfesi and Vincent Jourdenais will compete in the men’s K-2 1000m this summer.

Stephanie Barrett has been awarded Canada’s Olympic quota spot in the women’s individual event for Tokyo 2020. She was the top Canadian at the Continental Qualifier in Monterrey, Mexico in March when she captured the silver medal to book the berth for Canada.

Canadians on the cover of Elle Canada 🤩

Pro hockey players, Brigette Lacquette, Sarah Nurse and Hanna Bunton will be covering the June issue of ELLE Canada. The three women believe equal sweat deserves equal opportunity and in an interview with ELLE Canada, they discuss common misconceptions and push the towards creating many more opportunities for womens hockey.

The issue of ELLE Canada will hit stands on May 17, 2021. You can read the full article HERE.