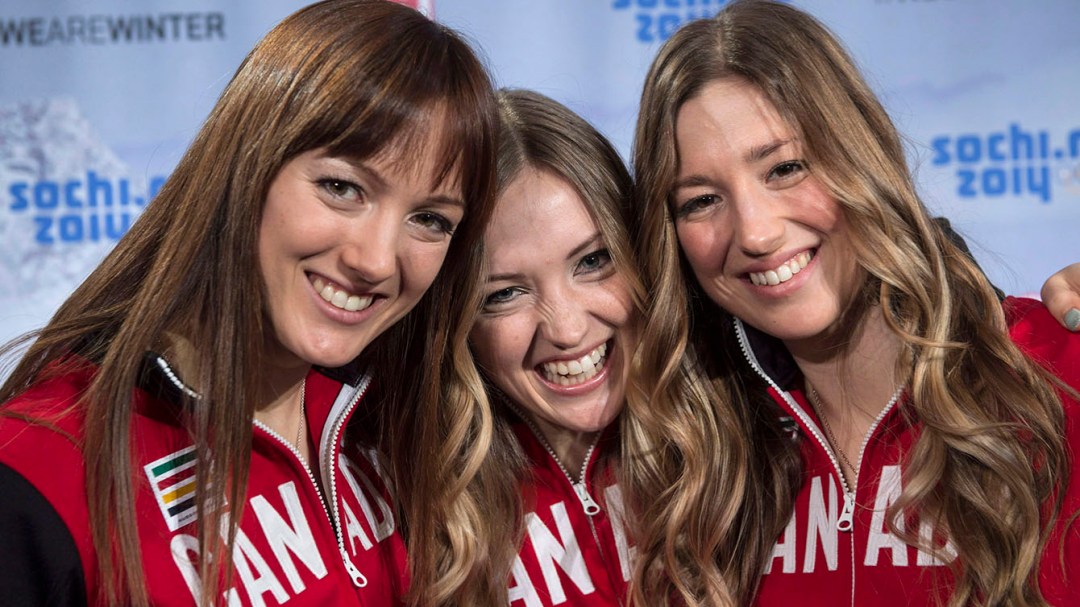 Families often have ongoing traditions such as sharing recipes and stories or passing down heirlooms.

But there is a unique tradition that some families have and it’s the Olympic experience.

Whether it be a parent who paved the way for their kid to be an Olympian or siblings who shared the special Olympic moment together, here are 10 Team Canada families whose Olympic legacy sometimes spans for generations.

“A family who skates together stays together” could be the motto for the Greggs and the Wotherspoons as wearing the maple leaf seems like their family tradition.

The patriarch, Randy Gregg, is a two-time Olympian in hockey at Lake Placid 1980 and Calgary 1988. Not only did he play defence on Team Canada, he also represented his hometown team, the Edmonton Oilers, in the NHL before becoming a medical doctor.  His wife Kathy (née Vogt) is also a two-time Olympian who competed at Innsbruck 1976 and Lake Placid 1980 in speed skating. 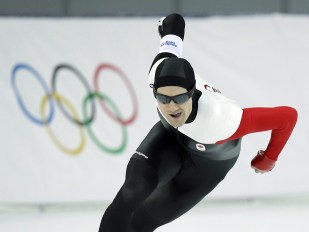 Canada’s Kathleen Vogt (6) competes in the speedskating event at the 1976 Winter Olympics in Innsbruck. (CP Photo/COC) 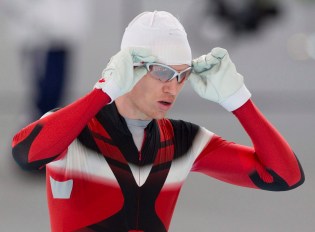 Canadian speedskater Jeremy Wotherspoon, from Red Deer, Alta adjusts his glasses as he skates during a practice session at the XXI Olympic Winter Games in Richmond, Wednesday February 10, 2010. THE CANADIAN PRESS/Adrian Wyld

Their son Jamie and daughter Jessica followed in their parents’ footsteps. Their first Olympic experience came not only together but on home ice at Vancouver 2010 and again at Sochi 2014. While Jamie competed in long track, Jessica raced short track and skated her way to a silver medal in the 3000m relay in 2010, making her debut a little bit sweeter.

But we’re not quite done yet. Jamie’s wife Danielle (née Wotherspoon) is also a speed skater who made her Olympic debut at Sochi 2014. Her older brother Jeremy Wotherspoon is a four-time Olympian who won 500m silver on the long track at Nagano 1998. In case you lost count, that’s one set of parents, two sets of siblings, and 13 Olympic appearances between them.

Both Émilie and Hugues Fournel dreamt of going to the Olympic Games. The brother and sister admired their dad, Jean Fournel, and his Olympic experience at Montreal 1976 where he competed in the K-4 1000m. Their childhood dreams came true as Émilie and Hugues both qualified for London 2012. For the Closing Ceremony, the two walked side-by-side to celebrate being at the Games together. The duo also qualified for Rio 2016. 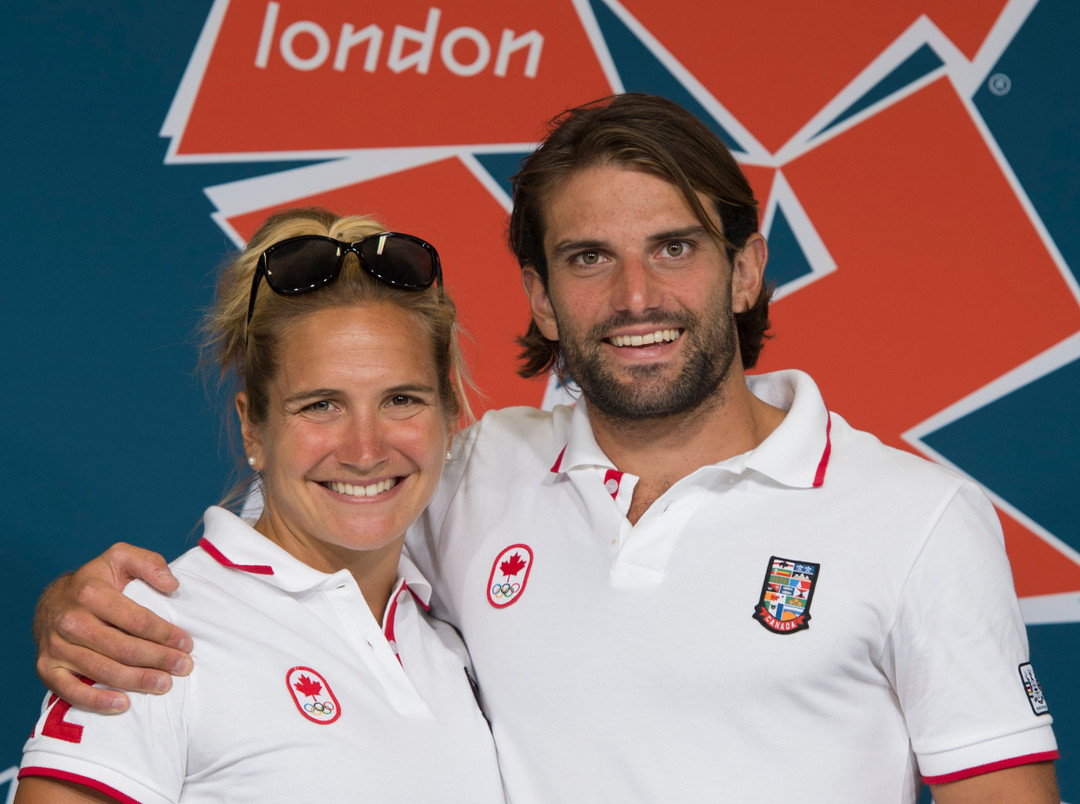 Siblings Emilie and Hugues Fournel pause for a photo at the 2012 London Olympics. (Jason Ransom)

Ian Millar competed at 10 Olympic Games, the most ever by any Olympian in the world. In case your math wasn’t fast enough, that’s 40 years of hard work and dedication at the highest level from 1972 to 2012.  But he’s not the only Olympian in the family. His daughter Amy joined his Olympian status at Rio 2016 when she made her debut and finished fourth in the team jumping event. 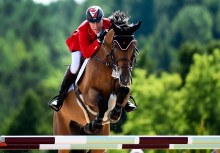 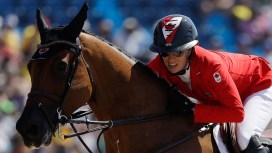 Amy Millar with Heros in the first jumping qualifying round on August 14, 2016.

Collectively the paddling Oldershaws have been to 10 Olympic Games over the course of three generations.

Bert Oldershaw paved the way by competing at London 1948, Helsinki 1952 and Melbourne 1956. His sons Dean, Reed, and Scott were sure to follow in his footsteps with Dean making his debut at Munich 1972. His brother Reed joined him at Montreal 1976. It was then their youngest brother’s turn to make his Olympic debut at Los Angeles 1984.

But the tradition didn’t stop there. Scott’s son Mark is a three-time Olympian, beginning with Beijing 2008. While his dad and uncles were kayakers, Mark followed his grandfather into a canoe and won a bronze medal at London 2012 before competing at  Rio 2016. And in another family twist, Mark’s wife Annamay (née Pierse) is an Olympian herself, competing in swimming at Beijing 2008. 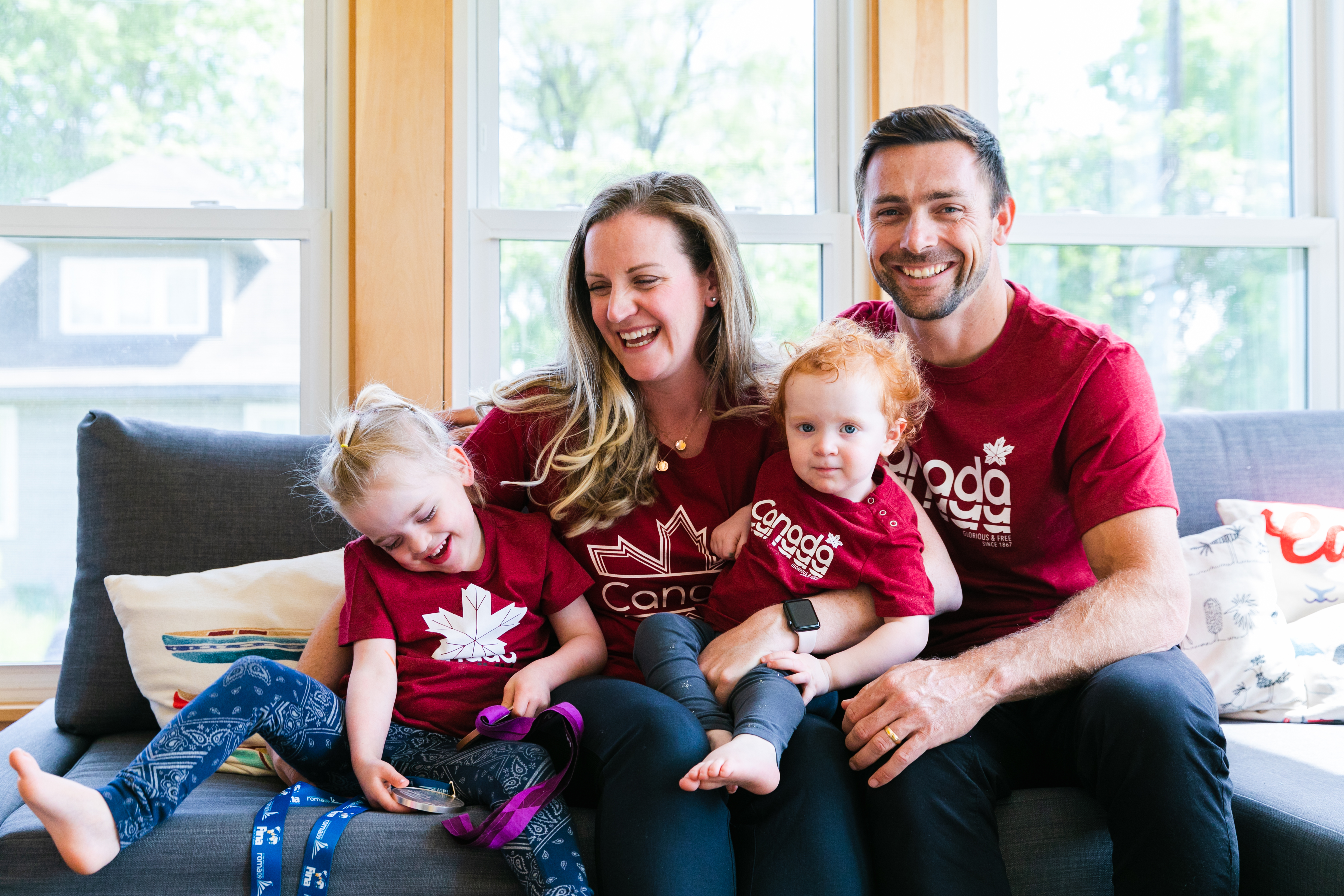 Mark and Annamay Oldershaw with their children (COC Photo/Thomas Skrlj)

Mom knows best was something Laurent Dubreuil took for granted early in his career. Long before making the Olympic long track speed skating team in 2018, Laurent declined some technical advice when he was six years old because his mom “didn’t even know how to skate”. Little did he know that his mother, Ariane Loignon, competed at Calgary 1988. His dad Robert Dubreuil competed at those same Games when short track was a demonstration sport before switching to the long track for Albertville 1992. It’s safe to say that she knew a thing or two about speed skating. 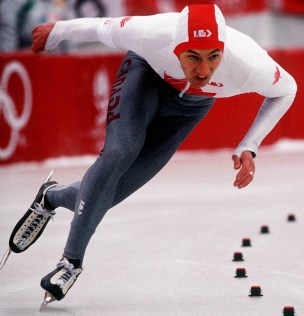 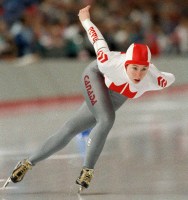 At Sochi 2014, the Dufour-Lapointe sisters became household names.  Maxime, Chloé, and Justine were the third trio of sisters to ever compete in the same individual event at the Olympic Winter Games. Chloé was the first sister to achieve her Olympic dream, competing at Vancouver 2010. When her sisters joined her in Sochi, more history was made as Justine won gold in moguls and shared the podium with silver medallist Chloé, making them the third set of sisters to finish 1-2 in a Winter Olympic event. Both Chloé and Justine competed at PyeongChang 2018 where Justine added a silver medal to her resume. 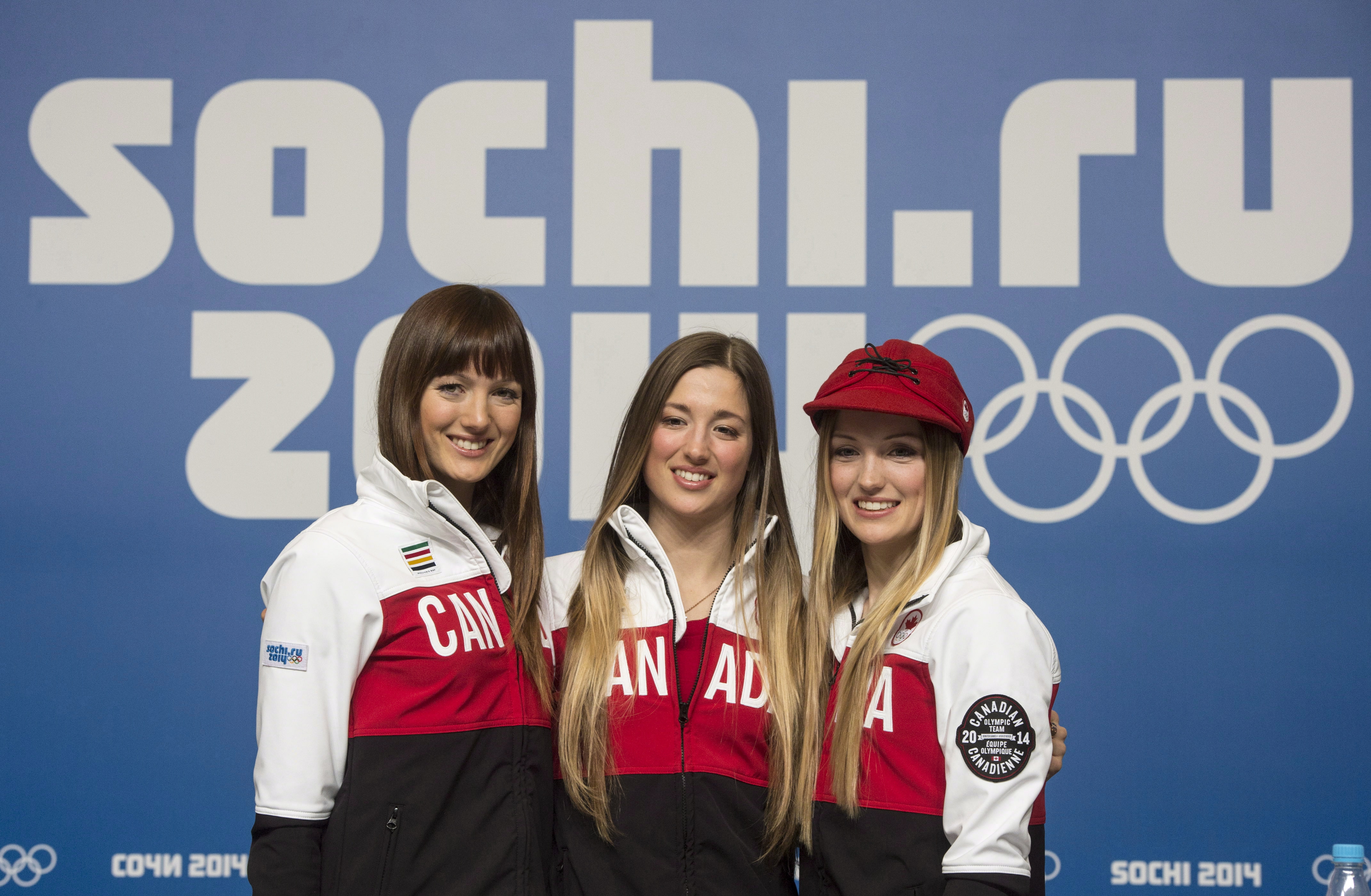 Dufort-Lapoointe sisters at the 2014 Sochi Olympics. THE CANADIAN PRESS/Paul Chiasson

Going to the Olympic Games with a family member is special, but sharing the top of the podium with a sibling is priceless. That is exactly what happened at Vancouver 2010 for Charles and François Hamelin who won gold with the 5000m relay. The Hamelins have been called the “First Family” in Canadian short track and they also went to Sochi 2014 and PyeongChang 2018 together. Adding to the family fun, father Yves was the director of Canada’s short track team in Vancouver and Sochi. 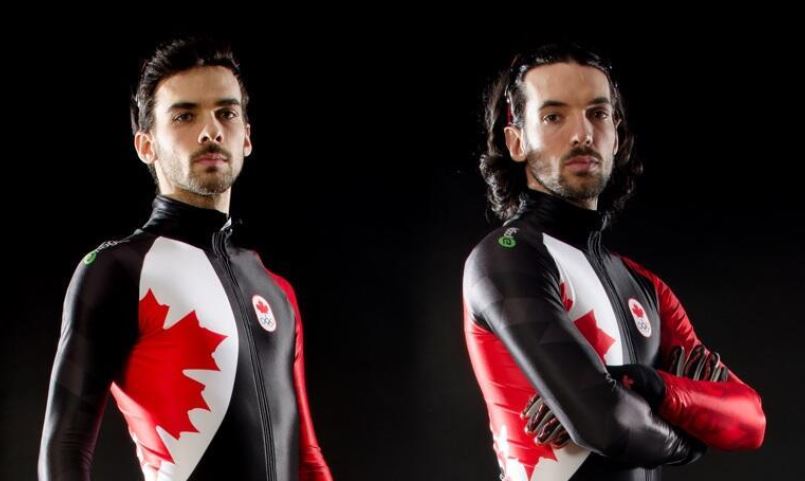 Jean Barré was the first Olympian in this paddling family, competing at Mexico City 1968 and Munich 1972. His brother Denis joined him in Munich, as they competed together in the K-2 1000m. Denis made his second Olympic team for Montreal 1976. His wife, Alexandra Barré, won two medals in her Olympic debut at Los Angeles 1984, silver in the K-2 500m and bronze in the K-4 500m.

It would then be 20 years later that their daughter, Mylanie would have her shot at the Olympic dream when she made the Athens 2004 team.  One Games was not enough for Mylanie, who qualified again for Beijing 2008. 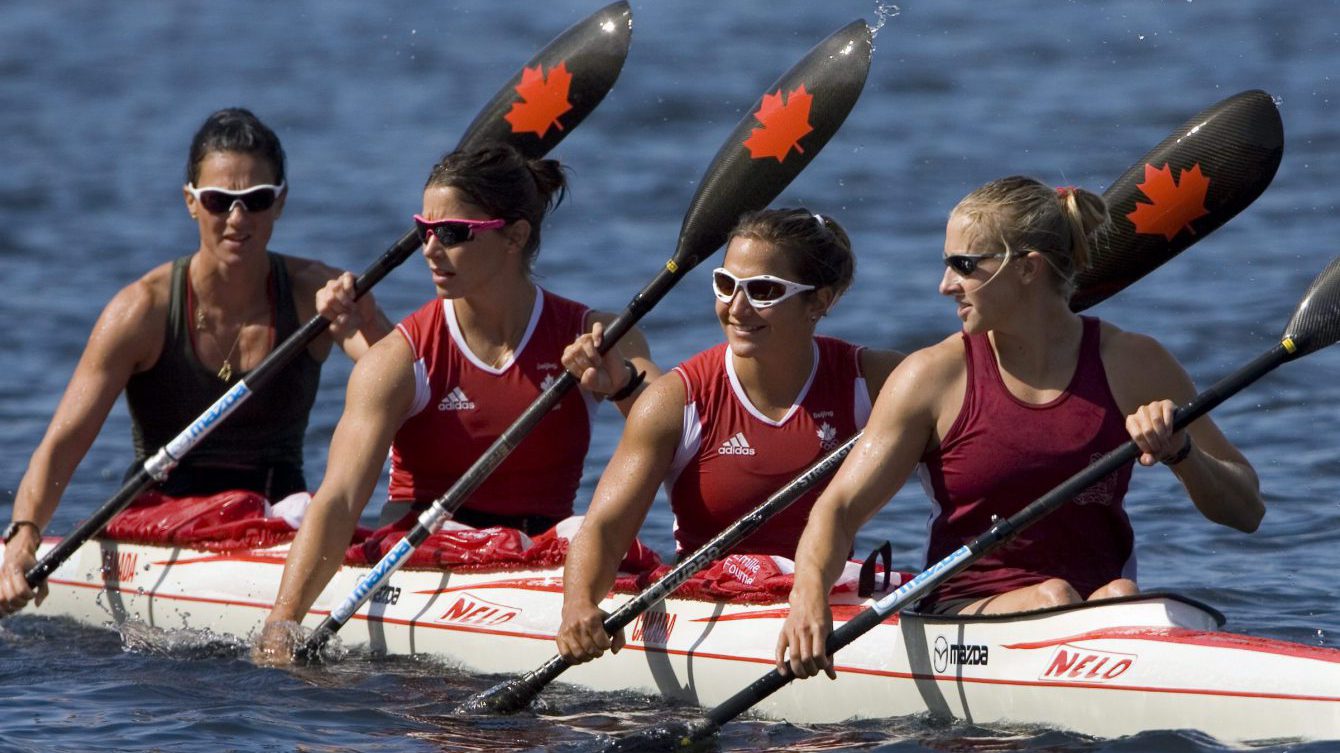 Mylanie Barre with her teammates at the 2009 ICF Canoe Sprint World Championships. THE CANADIAN PRESS/Andrew Vaughan

Shooting for the stars, Bill Hare started the Olympic tradition in his family by being a three-time Olympian at Tokyo 1964, Mexico City 1968 and Munich 1972 in pistol events. His daughter, Dorothy Ludwig, was the first to follow in her dad’s footsteps after she made the London 2012. Lynda Kiejko was the next to join the family’s long Olympic history, making the Rio 2016. Lynda is also qualified for Tokyo 2020. 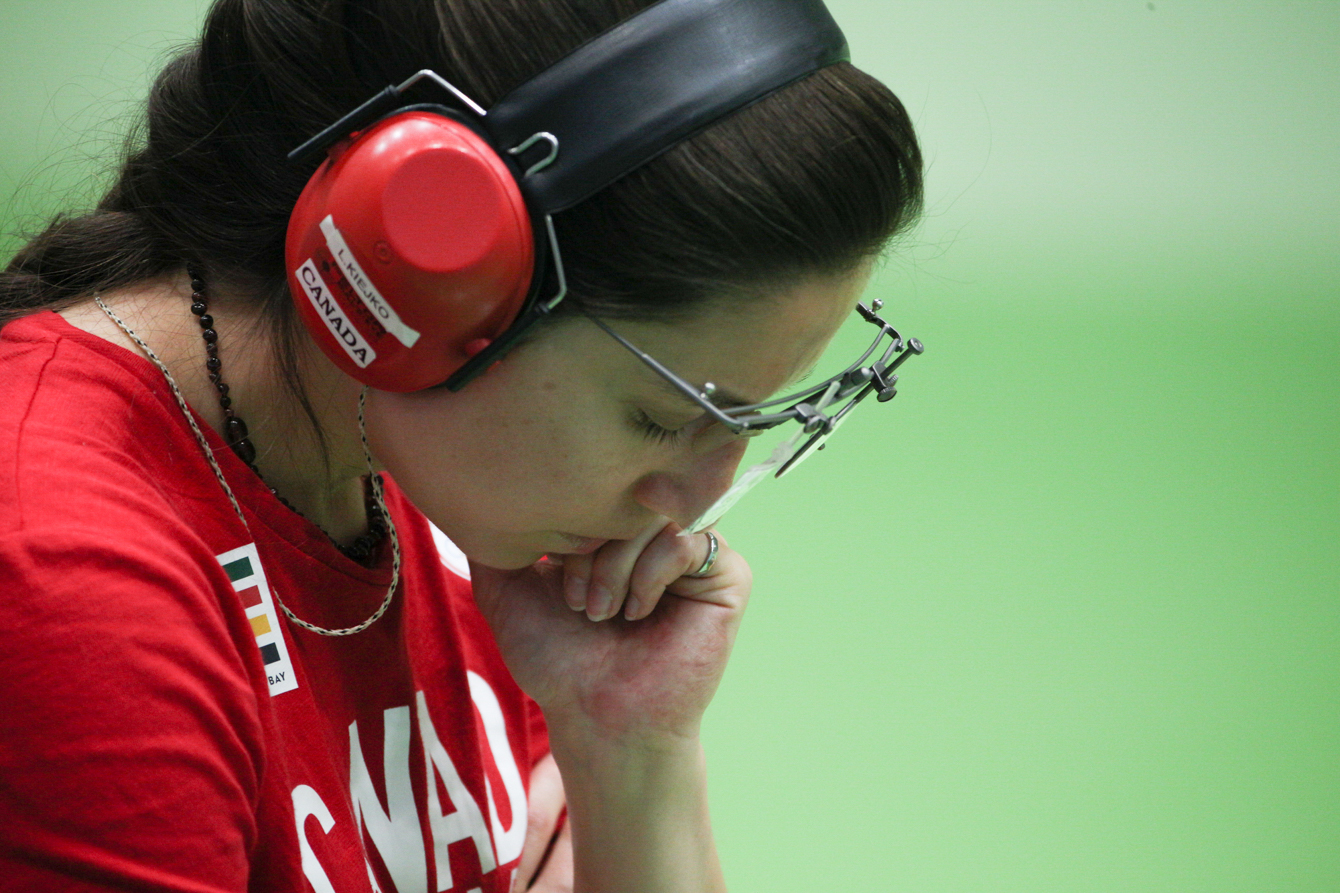 Three’s company should be the name for this golden trio. E.J. Harnden, his brother Ryan Harnden and their cousin Brad Jacobs made their Olympic debuts at Sochi 2014. Their performance was nothing shy of spectacular as they won Canada’s third straight Olympic gold in men’s curling. They attribute their success to when they started out in the sport with their family calling them “rink rats”. As kids, they never wanted to leave and go home unless they were forced. Those early mornings and late nights obviously paid off. 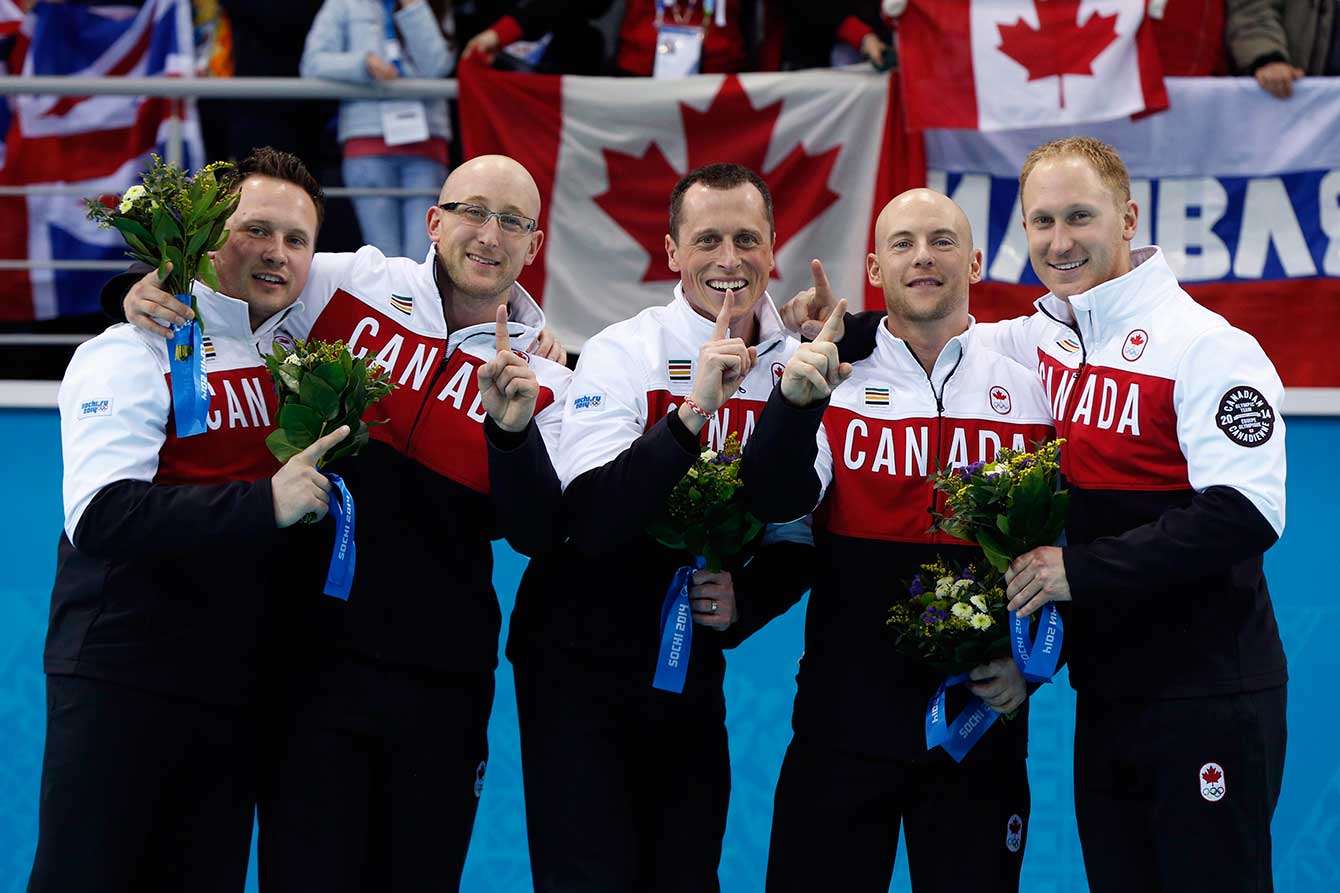 Danielle Wotherspoon-Gregg is newest Olympian in her immediate and extended family that includes her brother Jeremy, husband Jamie, two sisters-in-law...